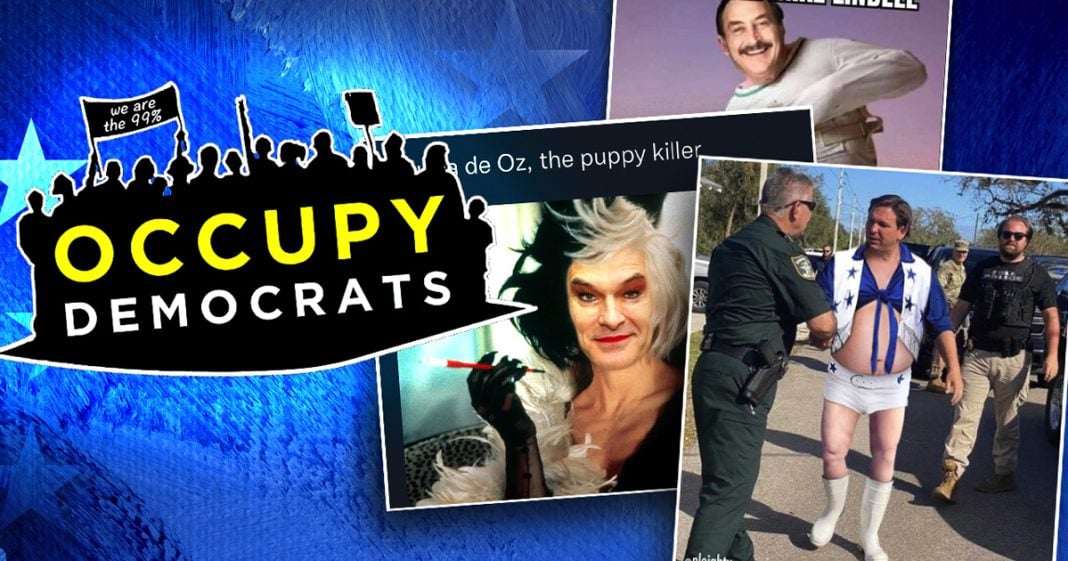 The founders of the group Occupy Democrats have been accused of funneling hundreds of thousands of dollars into their own pockets. Mike Papantonio & Farron Cousins discuss more.

Mike Papantonio:             The, the, the president, the, the, the White House could do something where it comes to this price gouging. That’s all it is.

The founders of the group Occupy Democrats have been accused of funneling hundreds of thousands of dollars into their own pockets. The, these were the darlings of the Democrats. Remember? Oh these, they’re so funny. They have all these memes that they do and they, they, they, they’re all over Twitter with attacking the other side, attacking Republicans. The problem is they were attacking, they were spending money attacking politicians that weren’t really even a factor. You know, they weren’t even gonna be really running for anything. And they were attacking. But the real ugly story is now we find out, what was it, 570,000, $570,000 out of $790,000, 570,000 went back to the people to their pockets.

Farron Cousins:                  It is. And it’s important to remember, of course, the Occupy Democrats, of course sprang outta the Occupy Wall Street movement. They adopted the occupy phrase, ran with it, did a good job of raising money, over $700,000. They turned it into a political action committee.

Farron Cousins:                  And then they said suddenly, just people who really aren’t even used to this said, oh my God, look at this money. What do we do? So they start paying their own companies as, as consulting fees, even though they’re running it, they’re paying themselves as consultants. Hundreds of thousands of dollars according to these stories. And then when they get busted and the news comes out, they say, oh, well, you know, we, we, there was some accounting errors. Sure. They don’t tell us what they were.

Mike Papantonio:             Surprise, they are allowed to donate to candidates and that was complete BS, because the Democrats were saying, you’re raising all this money. Why don’t you give it to some of these Democrats that are in trouble? Oh, we can’t do that because our charter doesn’t allow for it. That’s ridiculous. They absolutely could do it. Farron, I had to read this twice. When they were trying to, when they were trying to justify where’s that $570,000 going, one of the statements was this, you just don’t understand the time it takes to make memes for Twitter and Facebook. $570,000 worth. Well, okay, the point is, this had potential to be a really effective organization. It’s gonna be very difficult for them to pull out of this, isn’t it?

Farron Cousins:                  Oh, absolutely. And listen, oh, it takes time to make memes. There are people who can make a meme about a news story that just broke two minutes ago and have 8,000 people share it on Twitter within the next 10 minutes.

Farron Cousins:                  They get so painfully stupid and that’s what we’re seeing come out of these guys right now. They don’t know what they’re doing. They got a huge pot of money. They’ve never seen money like that before. They got greedy, which is what always happens with these little popup groups.