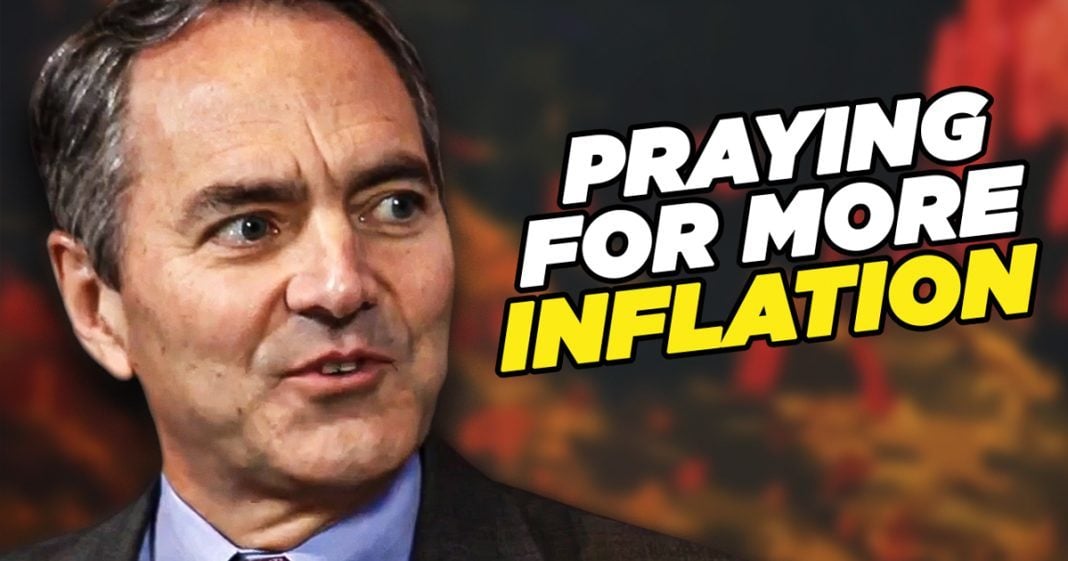 A tech CEO admitted to Wall Street analysts that he has been praying for inflation. Mike Papantonio & Farron Cousins discuss more.

Mike Papantonio:             A tech CEO admitted to Wall Street analysts that he’s been praying for inflation. I don’t think I could have made this up. This, this, this, the reason the CEO is praying for inflation is because as inflation rises, they get to hide, they get to hide behind this price gouging that they engage in. This guy admitted it. He said, I’m, I’m doing an Indian, what was it, I’m doing an Indian dance.

Mike Papantonio:             To make inflation take place in the United States. And, and, and now he’s jubilant that it’s working.

Farron Cousins:                  Yeah, absolutely. This is the CEO of Iron Mountain, which is a data management storage company. So a, a tech CEO and he’s out there bragging to these Wall Street analysts about how they game the system. We watch as inflation goes up and, yes, we have to adjust our costs for the new cost of doing business, but then we’ll tack on a little extra here to pad our bottom line. And he, he admitted that’s where that money goes. We are, are living right now with corporate profits at the highest level they have been since 1950.

Mike Papantonio:             72 years. That’s right. 72 years these profits haven’t been as high, this high for corporations and, and this guy wants more inflation so he can raise them some more. Now you’ve, you’ve, you and I have talked about this idea. Once they get to, to a, a plateau, we’ve reached this plateau, we’ve raised the price to this plateau, whether it’s fuel, food, medicine, whatever, then it’s very difficult to get that plateau to change in a downward position.

Mike Papantonio:             And so that’s what this guy’s proclaiming. This is, this is a way for us to hide our greedy price gouging and once we get there, we’re gonna be in really good shape because people aren’t gonna mess with it for a very long time. But the truth is, what really bothers me about this story is the lack of effort by the Federal Reserve.

Mike Papantonio:             They’re not doing anything to stop price gouging, but what they’re trying to do is put more Americans outta work by saying, we’re gonna increase, we, we’re gonna continue, continue to raise interest rates. And they know what that does to the labor market. Right now you got three, three jobs for every one person applying. They have a choice. They can go, well, who’s gonna pay me the most? The Fed wants it down to one, if that.

Farron Cousins:                  It, it is sick, especially when you hear the comments that men like this make out there bragging about jacking up prices because they can. And then the government says, okay, well we’re gonna stick it to the workers.

Farron Cousins:                  We need to get wages down is what they’re telling us because apparently the, the working class people making $30,000, you’re the problem. Not people like this. That is absolutely insane. Americans have to suffer so that guys like this can pocket more money every year. And we do nothing about it. A couple people, you know, Sanders and Warren of course the usual suspects.

Mike Papantonio:             Yeah. No grounds. I mean, they can’t get any action, there on the ground to action. The Federal Reserve could do something.

Mike Papantonio:             The, the, the president, the, the, the White House could do something where it comes to this price gouging. That’s all it is.