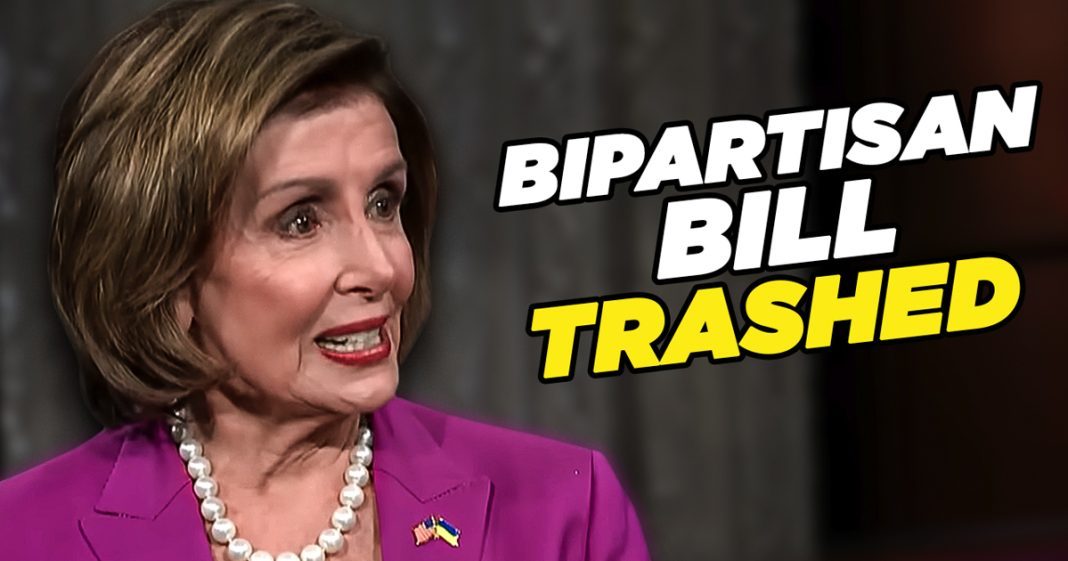 Democrats and Republicans are furious at Nancy Pelosi for once again killing a stock trading ban bill in the House. Mike Papantonio & Farron Cousins discuss more.

Mike Papantonio:             Democrats and Republicans are furious at Nancy Pelosi for once again killing the stock trading ban bill in the House. Okay. So she comes out initially, we’re never gonna pass the bill that bans my ability to be able to engage in insider trading because that’s what it is. I should be able to do insider trading. Everybody else should go to prison. So then she turns around with the public opinion is, you idiot. Why in the world would you say such a thing? Turns around and says, oh, well I’m gonna try to make it happen. Tell us what happened next.

Farron Cousins:                  And, and then when you actually had this bipartisan group, Republicans and Democrats working together, put together legislation. Pelosi’s office says, cool, I’m gonna take this and, and I’m gonna basically throw it away. I’m gonna go behind closed doors with a couple of my people. We’re gonna write our own legislation. It’s gonna be just as good. And they come out with this legislation that is, one, filled with loopholes that basically doesn’t do anything to solve the problem. And two, it’s basically kitchen sink legislation is what they called it.

Mike Papantonio:             She’s been at this a long time. The people, look, everybody else goes to prison for doing what these cats do. They go to prison for it. These, these folks, if they’re caught, what do they pay $200?

Farron Cousins:                  And that’s only if, you know, Pelosi actually decides to put the, the fine in place because she ultimately has authority over that. She also defended, you know, her and her husband’s insider trading, for she said it was, it’s our free speech.

Farron Cousins:                  We, we have the right to free speech, which means we can use this information that nobody else in the country sees to trade stocks.

Mike Papantonio:             What’s important, Farron, and we’ve talked about this, where they get this information is they serve on committees. They might be on a committee for defense. So they know a war’s gonna break out and we know we’re gonna send more missiles over, so they buy defense stock. It might be healthcare. We know a new drug is coming out because we got our pals that are talking about it in front of the FDA and congressional hearings. So we’re gonna, if it’s great, we’re gonna buy that drug. Energy. We’re gonna, we see a, you know, there’s gonna be an uptake in energy, let go buy. That’s how they do all this.

Farron Cousins:                  And, and, and it’s also, you know, oh, we’ve got a Facebook whistleblower that came to Congress. So Facebook’s about to go down. Everybody sell your Facebook stock.

Mike Papantonio:             She’s absolutely pathetic. And, and you know, we’ve been talking about you and I predicted that she would kill this.

Mike Papantonio:             First time we did this story, we said, Nancy Pelosi will find a way to kill this, this issue that gives Congress the right to inside trade just like Martha Stewart did. Martha Stewart went to prison for it.