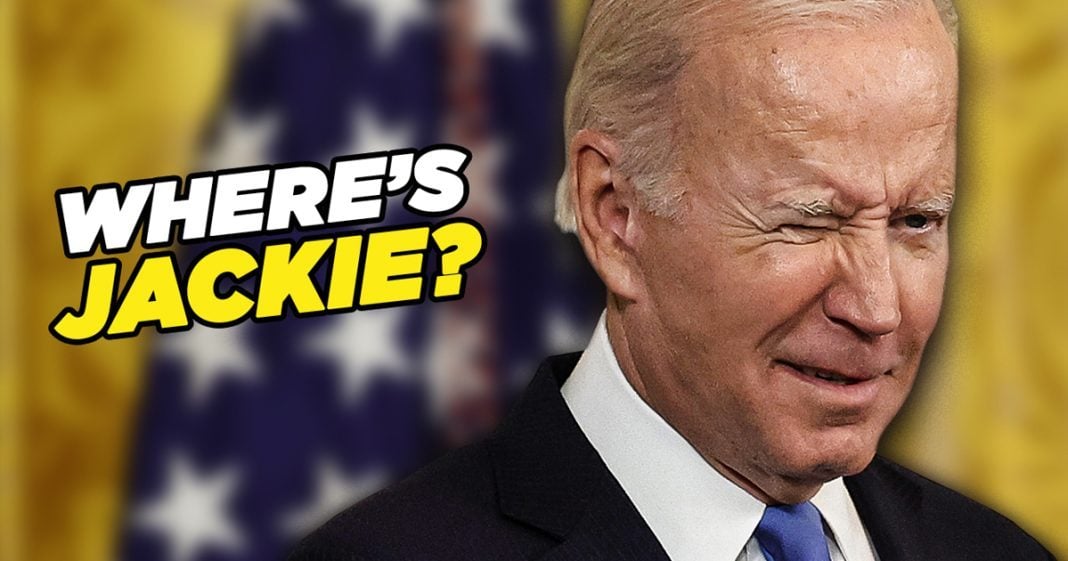 Joe Biden is under fire for his latest gaffe, where he asked if a recently-deceased Republican lawmaker was in the crowd at a conference. Mike Papantonio & Farron Cousins discuss more.

Mike Papantonio:             Joe Biden is under fire for his latest gaffe where he asked if a recently deceased Republican lawmaker was in the crowd at a conference. All right, well, so look, this is a lot worse than it sounds on its face because just a month or two months before she was killed in an auto crash, he actually addresses the family. He goes on a public statement talking about how awful it is and what, what a wonderful person she was. Now this is a month or two before he shows up to do this and doesn’t know where he is. I’m, we’ll show it. But he, it’s, it’s almost like he doesn’t even know where he is.

President Joe Biden:            I wanna thank all of you here for, including bipartisan elected officials like representative governor Senator Braun, Senator Booker. Representative, Jackie, are you here? Where’s Jackie? I, I didn’t think she was gonna be here, to help make this a reality.

Farron Cousins:                  But, at the same time he knew she had died. But what gets me too is the response from his administration trying to write this off. I mean, what did, she said.

Farron Cousins:                  Yeah, yeah. His, his spokesperson said, well, it was at the top of his mind because, you know, there, there’s gonna be a signing in her honor this coming Friday. So of course she was on his mind. She was top of mind for the president. No, that, that’s if you accidentally call somebody else by the wrong name. You’re not sitting out there, Jackie, are you there? Jackie, where are you? You know where Jackie is and you know she’s not in that room.

Mike Papantonio:             Okay. So, so I mean this is, it’s, it’s, it’s pitiful, but it nevertheless should be something that late night comedy at least takes advantage of and maybe puts a program. Have they done that? Is there any real discussion about where they’re asking the question, this is serious, and is he gonna make it two more years? I mean, that’s, that’s the real.

Farron Cousins:                  I mean, there’s, there’s definitely been mockery of it for sure. But questioning whether or not he’s there anymore, I haven’t seen a whole lot of that, you know, from the late night type shows. But this does raise that question, you know, as you pointed out, he knew this woman had passed horrifically. He sends the statement to the family, he knows he’s got an event later on where they’re commemorating her.

Mike Papantonio:             Okay. That is classic dementia. That’s absolutely classic. And you know what, the, the truth is both parties, I mean Grassley, the Republican, they, guy needs a cognitive test. Feinstein, who we talked about, she doesn’t even know where she is half the time. Needs some type of test to say, can you actually perform the job that, that taxpayers have sent you to Washington to do? Or now Nancy Pelosi.

Farron Cousins:                  Well, and, and again, what gets me is just the fact that this administration, the spokesperson could have come out and said, listen, he goofed.

Mike Papantonio:             But watch the rest of his speech and he seemed to sound okay. Anything but.