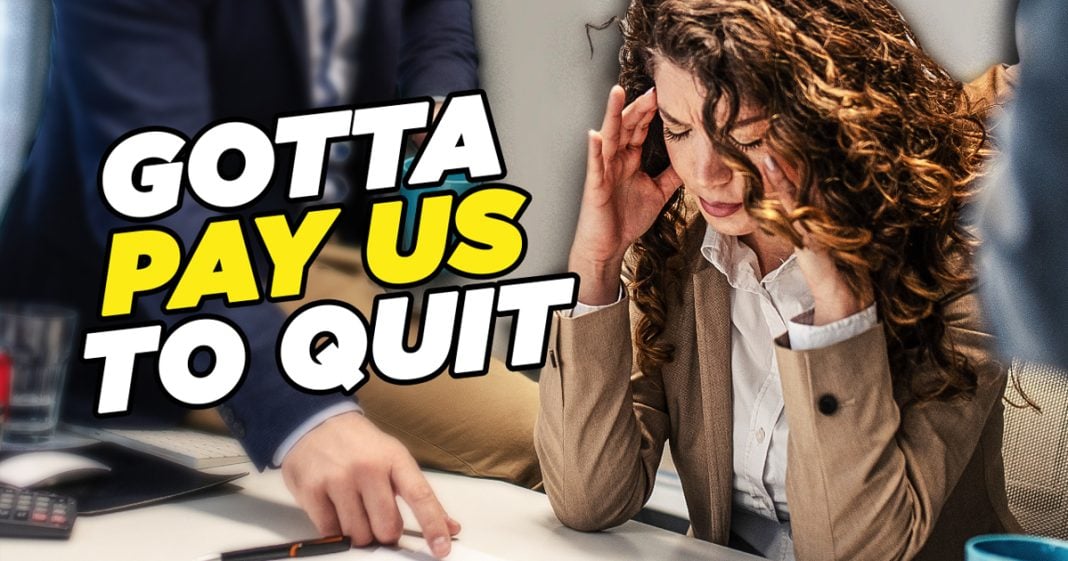 Companies in the United States are using contracts to trap workers in jobs that they hate, creating a new form of indentured servitude. Mike Papantonio & Farron Cousins discuss more.

Mike Papantonio:             Companies in the United States are using contracts to trap workers in jobs that they hate, creating a new form of indentured servitude. I’ve got Farron Cousins from Ring of Fire with me to talk about that and a lot of other things. You know, this is, this of course, this takes us back to the, the, the indentured servants that we’re used to seeing in farming, immigrants that come in. They have the company store, you have to buy your food here, and then at the end of the month they don’t have any money or else they, in this situation, it’s a little more sophisticated, isn’t it?

Farron Cousins:                  Yeah, it is. What employers are doing right now in order to trap people in jobs that either aren’t paying well or jobs that they just simply don’t like, is they’re saying, okay, if you don’t work here for X number of years and you leave, you have to repay us thousands and thousands of dollars for your so-called training to even work this job. And this is happening across industries. I mean, we’re talking about, pet groomers. There’s actually a class action lawsuit about that.

Mike Papantonio:             Well, they call it specialty training. They say, you know, you can’t go anywhere and not get this kind of training where it’s not gonna cost money. So if you’re gonna cost us money and you don’t stay here more than 24 months, you owe us that money back. And it’s, it’s a lot more beyond that. I mean, you’ve got, you’ve got, where there’s advances, pay advances, and they say, well, we’re gonna give you an advanced paycheck. And that advanced paycheck is something that they never catch up with. It’s impossible to catch up with. So this value of training debt, that’s generally what it’s called. And right now, my, my take on it is the courts have, they have enforced some of them. But I think you’ve also got, you’ve got something that you have the unconscionability doctrine. A judge can look at and say, yeah, I see this is a contract, but I think it’s unconscionable. And they’ve got a lot of leeway to say, I’m not gonna allow this. I think that’s the way this is gonna go, to tell you truth.

Farron Cousins:                  Hopefully. And what’s really ironic, you know, disgustingly ironic about this program is that it’s called the Training Repayment Agreement Provision, which the acronym of that is TRAP. It’s literally called a TRAP that they’re putting these workers into to force them to pay back this training. And a lot of times, you know, this is something the courts have to take into consideration too, these employees are straight up told, we offer the free training. So they’re told it is free. There is no cost for this. So that, that could come into play as well.

Mike Papantonio:             The idea is we’re gonna train you into something that has, it’s gonna have crossover value. You can go to this company, you can go to that company. But the word that they do use is come to work with us and we’re gonna take you through a course that’s going to gonna give you value.

Mike Papantonio:             You’re gonna be able to use, to use this everywhere. Well, it’s just the opposite. I mean, it’s, there’s no really truth to it. First of all, there’s no special accreditation. They’re not getting a special license. You know, you’re not a specialized license groomer at PetSmart and that’s going to translate to big money somewhere else. It’s a scam. It’s just another scam and the courts have a way to do something about it. Like I say, if you have something that’s so unconscionable that it looks like slave peonage, what they call peonage, then they can do something about it.