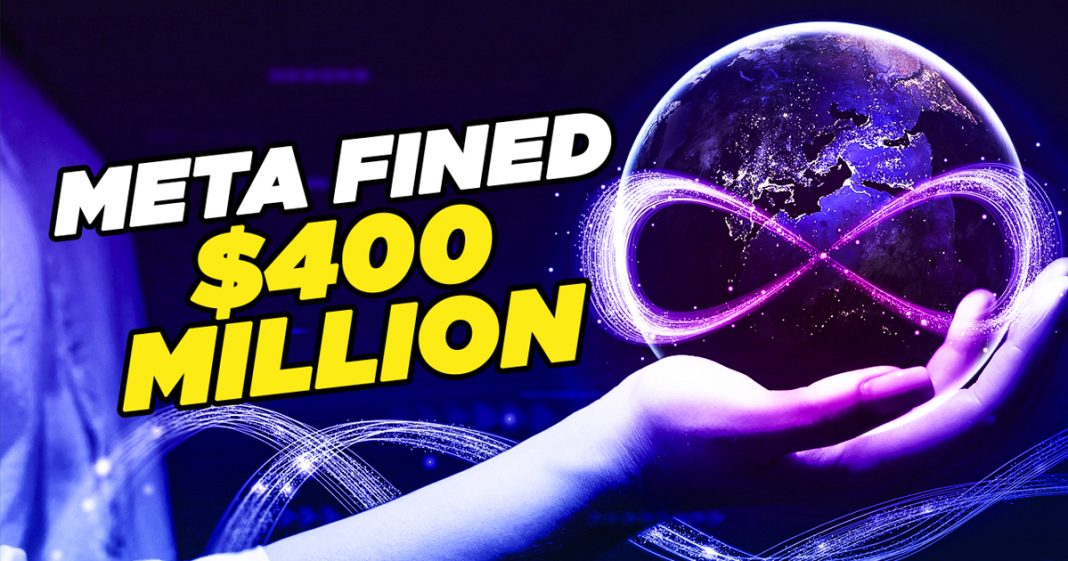 Mike Papantonio:             Regulators in Ireland fined Facebook hundreds of millions of dollars for violating the privacy rights of children. By God, it’s about time, right?

Mike Papantonio:             And not only this, this is whole, just so you know, this is all developing into a whole new area of litigation. A matter of fact, we’re handling it. Talk, talk about this case a little bit though.

Farron Cousins:                  Well, what, what I love about this story is the fact that obviously here in the US, we should be doing the same thing, but we’re not. So it takes the regulators over in Ireland to actually take action. And what Facebook or Meta, as they’re called, has been doing is when you’re 13 to 17, you sign up for social media, Instagram, most popular, they hide your data because you’re underage. Well, the regulators in Ireland determined you aren’t doing that. You’re allowing the data of these minors to be accessed by predators, by people with bad intentions, by, by just regular old people out there.

Mike Papantonio:             There are dozens and dozens of cases that are emerging, where they go to the data. They, just a whole, the catfish system, you name it. It’s a whole, it’s a whole industry. And then these children end up in traffick, being trafficked. And so we’re seeing those cases because we’re handling the trafficking problems best we can in the US, we’re handling some of the biggest cases in America on trafficking. But this is now emerging as part of that problem. And, and it’s not, it’s not that the, it’s not that the social media folks don’t know about it. They’ve known about it a long time. It is that and it’s, it’s, it’s clear that it’s gonna take a multi multibillion dollar hit before they get it. And my goal is to do exactly that. We have cases coming in right now where exactly that data that, that Meta said they were hiding, but it was actually accessible to anybody was used to lure kids into being trafficked.

Farron Cousins:                  And, and again, we have this same information here in the United States. Our regulators, all law, our lawmakers are asleep at the wheel, letting this company do this because they understand, and this is why they let it happen.

Farron Cousins:                  Right. And we think as a company we’ll make more money keeping them here and exposing their data then we’ll ever have to pay in fines.

Mike Papantonio:             What I do when I start a project like this, whether it’s tobacco or opioids or whatever, we, you know, we usually organize those projects. The lawyers that are coming into this see the same thing I see and it, the problem is remarkably vast and the industry, I think when we start discovery, we’re gonna find documents that show that they knew or suspected that this was going on. And then on the other side, they did an evaluation, a monetary evaluation and said that it’s worth the risk. It’s a cost of doing business. We might get hit on one or two lawsuits where kids are trafficked, but we’re making so much money doing it the way we’re doing it, that it’s a business decision. We’re gonna do it anyway. We see it with, we see it with industry all the time. In some rate, so for some reason we’ve gotten in this idea in the US that social media’s different. There’s something warm and fuzzy about social media. That they’re progressive and they’re more like us. They’re nothing like the average American, nothing. This is a good story that explains. I’m glad the Irish had enough courage to do this.