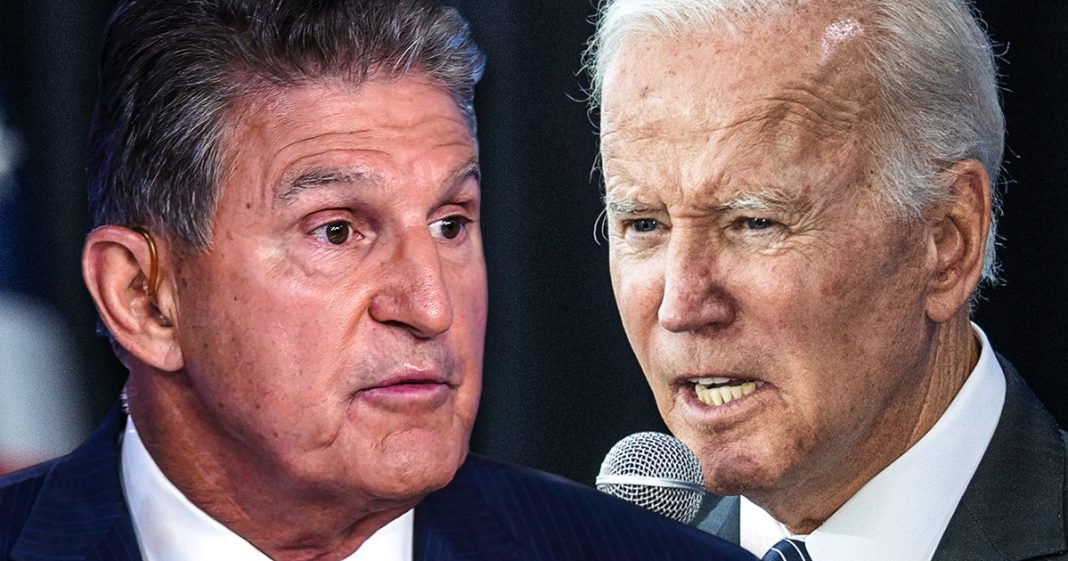 Joe Manchin pulled a fast one on the Biden administration, and progressives are FURIOUS. Mike Papantonio & Farron Cousins discuss more.

Mike Papantonio:             Joe Manchin pulled a, a fast one on the, on the Biden administration and progressives are furious. Take this story. Okay. It’s just, it’s amazing.

Farron Cousins:                  This, this is absolutely infuriating because what happened, obviously we had to get Joe Manchin’s vote for the Inflation Reduction Act.

Farron Cousins:                  So Biden pulls him into the White House many, many times and eventually gets him to agree, I’ll vote for the Inflation Reduction Act, but you’ve gotta bring my bill, this pipeline expedition process to a vote and Biden reluctantly, I guess says, okay, I’ll do it. So what mansion does instead.

Farron Cousins:                  He did. And so Manchin knowing that that was the deal they had struck, instead of bringing his, let’s get rid of environmental review for new pipelines to the floor in a bill, he has tacked it onto a must pass budget resolution.

Farron Cousins:                  And the Democrats, I mean, the public in general is furious at Manchin, but the Biden administration says, well, we can’t do anything. It’s the deal.

Mike Papantonio:             You see that’s the problem. He may know, he may, may know exactly that, yeah, this worked out pretty good. I have some plausible deniability about being the drilling president, fossil fuel president.