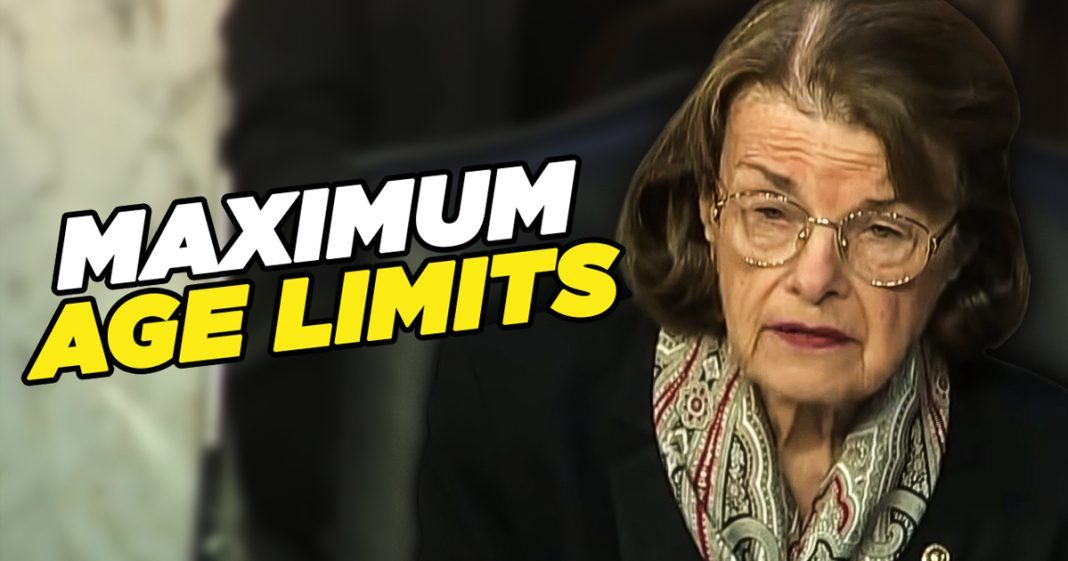 Mike Papantonio:             Nearly three quarters of Americans want to have age limits for politicians. Oh this, this to me was such an uplifting story. Wasn’t it? It was just so great to hear across the demographics, young people, middle aged people, old people, they all agree on one thing, the politicians are so old that they’re senile and they’re doing a terrible job. So pick it up from there.

Farron Cousins:                  Yeah, it is great because again, you’ve got more than 70% of Democrats, of Independents of Republicans, it’s one of the few issues that unites everybody in this country is let’s get rid of the aging gerontocracy that has been ruling this country for decades.

Farron Cousins:                  And we do need that. I mean, look, you and I have sat here many times and talking about this very issue of people like Dianne Feinstein, who doesn’t know who she’s talking to anymore.

Mike Papantonio:             There’s report after report where Feinstein is talking to somebody she’s known her entire life.

Farron Cousins:                  She will stop and introduce herself in the middle of a conversation with somebody she’s known for 30 years.

Mike Papantonio:             Yeah. Or whether it’s Pelosi or, I mean, just go down the list. It’s, it’s for some reason and I, I think it has to do with the way the political, the Democratic organization works, it’s worse in the Democratic organization. The numbers are much, much worse because they, it’s like the story we just did on Podesta. You just hang on. Yeah. You just, all you gotta is hang on. Hang on and we’re gonna run you for president. Hang on and you’re gonna be Secretary of State. It’s, it’s, it seems to be, well, it’s statistically worse with the Democrats. Not to say that Republicans don’t have a bunch of old codgers. But I mean, Maxine Waters, Pelosi, Schumer, Feinstein, you know, our president, it goes on. We’re talking about people in their eighties.

Farron Cousins:                  Well, exactly. And, and the Republicans have actually been doing, to their credit, a good job of getting younger people. Like who are the rising stars in the Republican party today? Dan Crenshaw, Matt Gaetz, Lauren Boebert, Marjorie Taylor Greene. These are all people who are under middle-age.

Farron Cousins:                  Like with Trump’s judicial appointments, he was putting people in their early thirties on the bench, they’ll serve for 50 years.

Mike Papantonio:             That’s all for this week but all these segments are gonna be available this coming week right here on this channel and you can follow us on Twitter @AmericasLawyer. I’m Mike Papantonio and this has been America’s Lawyer, where we tell you the stories that corporate media won’t tell you every week because their advertisers don’t allow for it or their political connections don’t allow for it. We’ll see you next time.