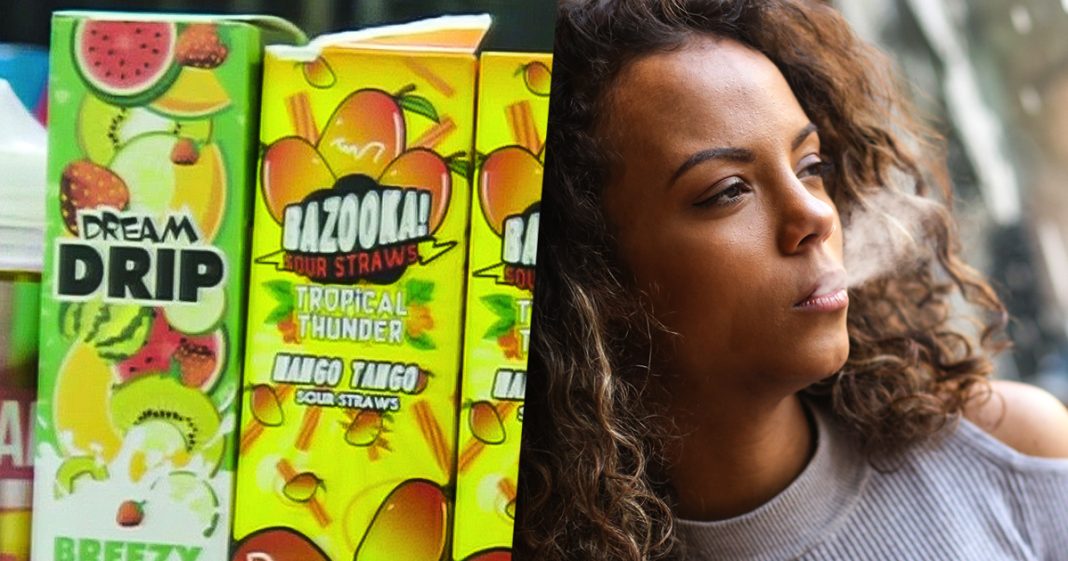 Mike Papantonio:             E-cigarette company Juul has agreed to pay out $438 million for marketing their products to teenagers. Okay. Have we ever done a Juul or an e-cigarette story where people don’t go crazy? Where they, they don’t lose their ab, absolutely lose their mind and just cover us up, cover us up with crazy. Comments, crazy, comment, crazy.

Farron Cousins:                  You know, it’s funny because we get, you know, the tribalists from both sides left and right who love to go after us. Nobody goes after us more than the, the vapors. We, we them off so much and I love it because they’re so diluted to think that, no, this is a safe alternative. We’re getting away from big tobacco. Who do you think owns these things, you idiots? This is big tobacco. You’re just giving ’em more money. Oh and by the way, because this was the wild west when these things came out, they’re marketing these things directly to kids and teens.

Mike Papantonio:             The, as a lot of the viewers know, the tobacco case originated with my law firm. We started the national tobacco litigation right here in this little town. It went all over the country. And what, so because of that, we got all of the documents early, you know, we have a whole room of, vault of documents. If I look at the documents from the just traditional tobacco, Marlboro Man tobacco and the documents that come from Juul, it’s exactly the same thing. Here’s their game. They understood that in order to have a lifelong sale of their product, the Marlboro product, whatever it was, a Camel product, whatever it was, they had to hook the child by the time they were 14 or 15. Okay. So all of the advertisement that traditional tobacco did was centered around that. Now people that smoke these things actually believe that they’re, they’re doing themselves a favor.

Farron Cousins:                  And you’re getting higher doses of nicotine, which means you are now more addicted to this substance that is as addictive as heroin. And you’re not doing, like, you’re not doing your body any favors because a lot of these liquids and things like that, we don’t even know the long term health effects because they haven’t been out there long enough. But what we do know so far from 10, 12 years of this, it’s bad.

Mike Papantonio:             Yeah, it’s terrible. It’s terrible. I mean, and you know, we’re gonna hear, well, I couldn’t stop. This is the irony. I couldn’t stop smoking without vaping. What in the hell are they talking? They’re still smoking, only they’re bringing in worse things into their lungs. And so I, I don’t know. It’s, for a long time, we would see the vaping companies actually hold, they, they would pay, they’d pay $10,000 to go to a school. Okay.

Mike Papantonio:             Then they would tell, they would talk to kids about how to stop smoking and oh, by the way they would end that process, would bring up vaping. They even had summer camps. You did a story on this, didn’t you?

Farron Cousins:                  Yeah, they did. They had, they would sponsor the, it’s, it’s not funny, but it’s funny because it’s so diabolically evil that you think it’s not real, but they would sponsor summer camps and they would talk about this and they would, oh, casually mention that vaping is a safer alternative. So, you know, this is something you could use to help get yourself off it. And we’re now in a country, thanks to marketing from companies like Juul, where you’ve got 15% of middle school kids, pre-teens.

Mike Papantonio:             They’re using the same PR companies. What we’ve started doing is we’ve started suing the PR companies now. Okay. Any, if even in a pharmaceutical case, my, my tendency is to figure out how can I bring in the PR company that, that promoted the lie. So there’s two things happening in the law that you’re gonna see developing more and more because we’re doing it. We’re bringing in the PR companies and we’re also bringing Wall Street money in that financed it. And it’s, it’s a whole new area of litigation that is going to make some of these people stop and think. But look, here, here’s, here’s what I’m wondering. The FDA suspended the ban. Talk about that a little bit.

Farron Cousins:                  Because they understand not only were they marketing to kids, they lied about the efficacy and the safety of it in their reports. They also knew that these younger users were getting these heavy doses of nicotine that was causing seizures and all kinds of things. So FDA says, we’re gonna stop it. And then they said, but we’re gonna stop the stopping of it because, you know, it’s a powerful, Juul is owned by big tobacco.

Farron Cousins:                  So you can’t fight these billions of dollars when they also control the regulatory agencies.

Mike Papantonio:             And, and you’ll never meet one of these politicians, whether it’s in your state politics or national politics, that will say, no, I don’t want your blood money. I don’t want your dirty money. They, they, they pour more money into politics than you can ever dream. So the FDA, SEC, EPA, all of those regulatory agencies are affected by that.