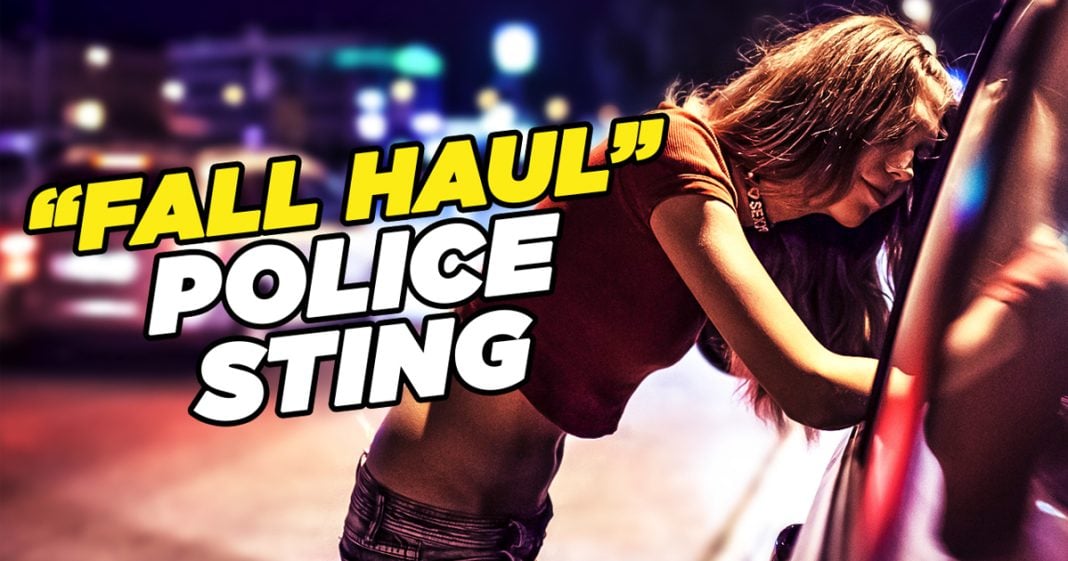 Click here to find out more about human trafficking lawsuits.

Mike Papantonio:             Victims of human trafficking were identified during a major prostitution sting in Florida recently. Ring of Fire’s Farron Cousins joins me to talk about it. I saw this story, I don’t know that it’s a human trafficking story. It’s more, you know, they arrested, they arrested a lot of working girls. They arrested a lot of Johns. And of course, in there they found that a couple of them were involved in trafficking, which is very typical. I mean, I just, just wrote a book, Inhuman Trafficking and I, I put, I took part of the time to talk about the connection. There is a connection, but this, this headline that came out of WFLA, it’s just not, just not, it’s not correct.

Farron Cousins:                  Yeah. I, I feel like the local media down there in Polk county where this happened, tried to hype it up to be something much bigger than it actually was.

Farron Cousins:                  Possibly because, you know, yeah they, they’ve identified at least two human trafficking victims, which is wonderful that they have now, you know, gotten these girls. They think there could be several more among the individuals they’ve arrested, which again is, is great. But I think a lot of what this is, and based on the, the sheriffs involved kind of gave a lot of snarky, sarcastic remarks in their press conference, making fun of the people they arrested.

Mike Papantonio:             It was like they were proclaiming victory on human trafficking and it’s not. Look, if you wanna proclaim human trafficking in any kind of victory, you’ve gotta really trace the money to Wall Street. You know, we, we’re involved in handling those cases as you know. And what we have figured out is a lot of the real organized traffickers they literally get their money from Wall Street. So we’ve started bringing Wall Street into those cases. But, you know, Farron, what about the characters that, I mean, school teachers and Disney employees and police chiefs that were caught up in this. Talk about it.

Farron Cousins:                  You had police chiefs and police officers, not just from Florida, they had some that were coming down from Georgia, to get some Florida prostitutes, I guess.

Farron Cousins:                  Two people, one who was a contract photographer with Disney, he got busted. One of them works in a Disney hotel. He was busted. Several teachers also got busted approaching, you know, these undercover officers as part of this, they call it the Fall Haul.

Farron Cousins:                  So you had somebody who was accused of predatory behavior out there free engaging in this kind of behavior again. And that of course is a very terrifying thing to think of.

Mike Papantonio:             Well, look, you know, I, I look at a story like this and really the thing that really concerns me the most is, is human trafficking, but I don’t think they accomplished that here. All they, they, they arrested some working girls and they addressed, you know, arrested some Johns. And I guess they do this every year, did you say? This is like the Fall, what’s it called?

Farron Cousins:                  They even have a name of it. And then they make a big spectacle of it. But look, if you found the victims of human trafficking, that is now where the investigation has to go.

Mike Papantonio:             You know, we have a couple of, we have a lawyer here that was, that was trafficked at 14. She made it out of there by the time she was 17, went on and got her, her, her MBA at UCLA and then got her JD at, at UCLA and the stories that she tells about law enforcement’s inability to even understand what happens in trafficking. She says most of the time when she was on the street, they would figure out ways to arrest her rather than, she would tell this story, well, you know, here’s where I’m living. They would do nothing about that because there’s just such a, there’s such an impasse where it comes to their understanding of really how human trafficking takes place. But anyway, Fall, every.