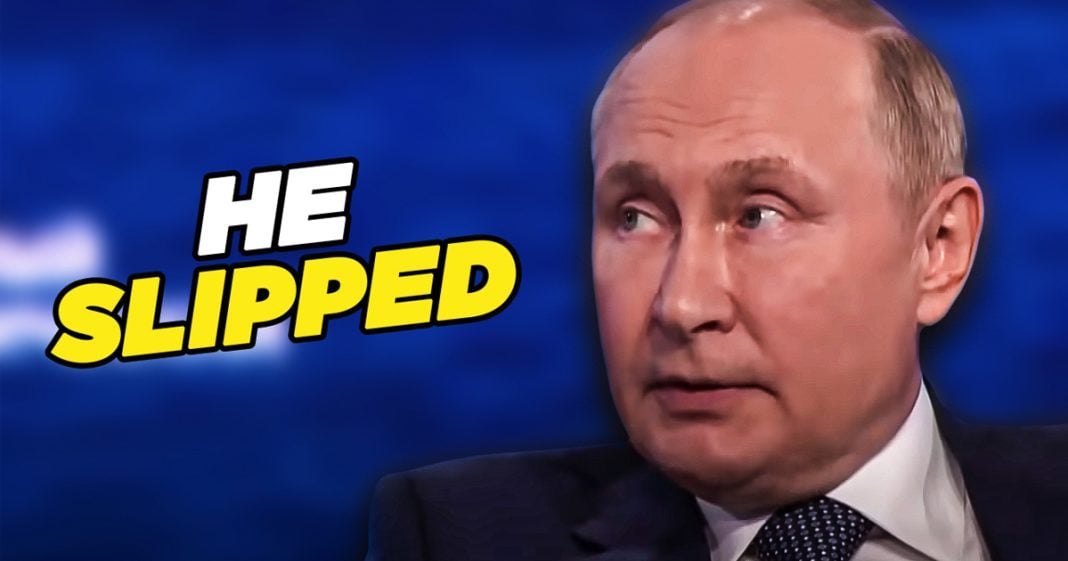 An oil executive allegedly leaped out of a hospital window last week – something that seems way too suspicious to be true. Attorney Michael Bixby, filing in for Mike Papantonio this week, is joined by Farron Cousins to discuss more.

Michael Bixby:                    An oil executive allegedly leaped out of a hospital window last week, something that seems way too suspicious to be true. Farron, uh, I, I don’t, I don’t even know what to think of this story. Nothing really surprises me anymore. So, an oil executive in Russia of a private, I believe the largest private oil company in Russia, had criticized Russia. Had criticized Vladimir Putin for the war in Ukraine. And lo and behold, it turns out that he just randomly leaped out of a hospital window and died. I, what a coincidence, huh?

Farron Cousins:                  You know, I, I think he’s the fourth or fifth executive at this point that has committed suicide ever since Russia invaded Ukraine. Pap and I have sat here and talked about most of these issues. So here comes another one, big powerful guy, tons of money, tons of power in Russia, has a heart attack, you know, air quotes on that as well. So he goes to the hospital, they save his life. And then immediately after having his life saved, he allegedly says, great, help me open this window because it’s time to go. No. There is no part of this story that makes any sense. And I think pretty much, at least everybody in America understands, they look at this and they’re like, there’s no way this individual killed himself.

Michael Bixby:                    And they’ve said, how much of a ridiculous story can we make up? And, and, and just spread just total disinformation and just do it with a, with a straight face while everybody knows. I mean, literally everybody knows. Everybody inside, even, even Russia has to know. And just, you can’t take them seriously at this point. And I, I feel like we’ve spent maybe a couple decades, Farron, trying to tell Russia, hey, we, we want you, the world has spent decades telling Russia, just be, be an adult country. Come here together, learn to get through what you’re dealing with. Learn to be normal, create a normal democratic system. We want you to participate in the world stage and they’ve just refused. I mean, they’ve refused at every single turn here. It’s honestly, I mean, there’s an element of this that’s funny. But then there’s an element of this where you, you’re thinking about the people who are suffering from this. It’s not funny at all. And, and again, we don’t, we don’t take Russia seriously because of this, but you see the danger on the global scale, the suffering in Ukraine and then the suffering of, you know, you think of dissidents, how they’re treated in Russia.

Farron Cousins:                  Well, we’ve seen this plenty of times. They fall out windows. And that really is something that they, that is almost their go-to method, you know, they’ll, they’ll poison you, sure. But we have seen so many journalists, so many dissidents, so many business people fall out of windows and not only in Russia. We have seen it happen in Europe where these, oh, the Russian was vacationing and gosh darn it, he fell off the balcony because Russians are just the clumsiest people on the planet apparently. But no, they follow them. They track them.

Farron Cousins:                  This is KGB tactics, which is where Putin came from and they’re still using it today. And that of course is one of the reasons this man is so dangerous over there in Russia, but nobody is safe over there. I, I mean, I hate to paint with such a broad brush, but you have people suffering. They’re, they’re tremendously suffering with this ongoing conflict with Ukraine. The sanctions are killing them. They’re, you know, some we’ve heard reports of people being basically conscripted into service, forced to go over there. Protestors, like if you protested the war, they’ve now drafted you into the military basically. And it’s either that or stay away from the windows because something’s going to happen to you. It’s terrifying.

Michael Bixby:                    And the, and the interesting thing to me, because this is no surprise that if you were somebody who’s going to speak out in a meaningful way, you, you’re not gonna do it because you’re, you’re literally risking your life.