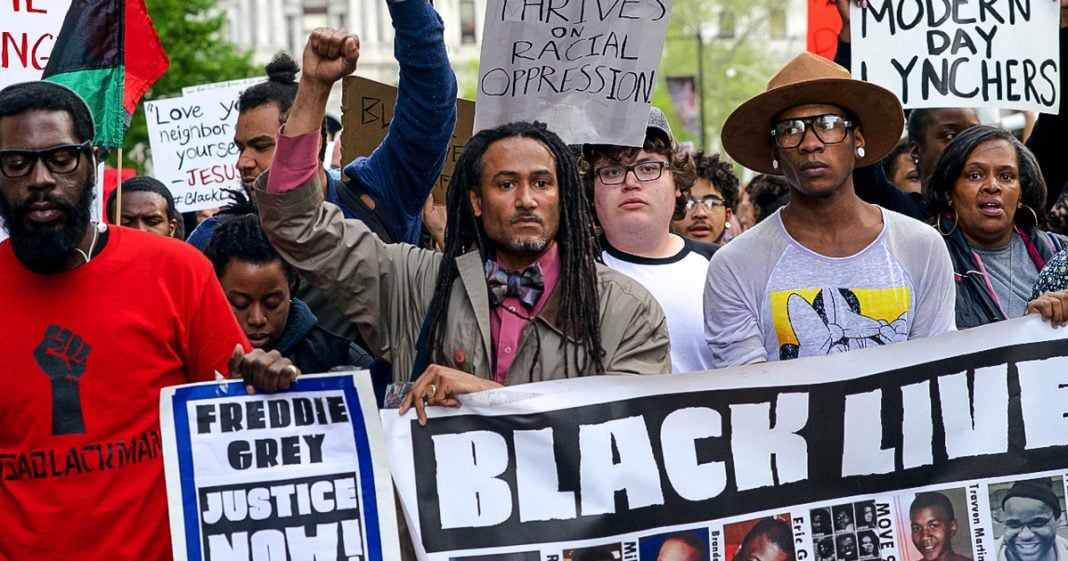 A leader of the Black Lives Matter group is being sued by other members for allegedly siphoning millions of dollars from the group. Attorney Michael Bixby, filing in for Mike Papantonio this week, is joined by Farron Cousins to discuss more.

Farron Cousins:                  Yeah. This, this is kind of a shocking story. This came out just a couple days ago. We find out that, allegedly, obviously everything is alleged right now, but a big lawsuit over the Black Lives Matter Global Network Foundation. So it’s the GNF, they’re the ones who took on the mantle of Black Lives Matter and claimed it as, I guess, an organization.

Farron Cousins:                  Right. And so then you have the leader of that group, who according to this lawsuit decided, wow, there’s a lot of money in this pot. I think I’d like a new house. I think I’d like to start, you know, acting like a millionaire. And so they’re alleging that about $10 million was siphoned off by this leader. Some of it of course, went to a couple other people, but basically using it as his own personal piggy bank, which to me is not just horrible, legally speaking, it’s disgusting. When you take a group like this and we all know why Black Lives Matter came to be. We’ve all seen the horrifying videos that get posted on social media. We know why this is important. And then to take advantage of that just adds this whole new level of disgustingness to this story.

Michael Bixby:                    It, it does because you, you can have an organization and there’s many organizations like this, and this is not certainly, this is not the only example that we’ve seen where this happened and we’ll see kind of what the facts lay out. They don’t look good because you have very clear infighting between the organization. I mean, those are strong allegations that are being leveled here. But you can have an organization that has a good purpose, maybe is, is promoting civil justice, is promoting racial justice and things like that. But if, if people are not held accountable, which is, I think what sounds like the concern here is that there wasn’t a level of accountability. Everybody needs accountability, literally everybody. I mean, that goes back to the same thing we just talked about in Russia. When there’s no accountability, what happens? People are just running rampant and doing whatever they want, and this is creating problems. So what, what if, what is being said here turns out to be true, then you have a horrible breach of fiduciary duty. You have somebody who’s been entrusted. Who’s been given this authority to do this, but has taken the money for themselves. I, I mean, it’s, it’s offensive to what the cause means here. And so my hope here is that the truth comes out in this and that if, you know, frankly, if this has actually happened and it’s proven true, I hope that there’s even more justice beyond just civil money coming back into the organization, but something even more

Farron Cousins:                  You know, there’s always somebody looking to make a quick buck. And it reminds me when I was a senior in high school, I got a job as a telemarketer. We were making the phone calls to support the, the police department, some state up north, even though we were down here in Florida. So at one point, I only worked there for four days because the whole thing was a scam, but we asked like, well, what percentage of the money we raise actually goes to this police department? And the people proudly told us 10% of what we raise is going to those police. So 90% of these phone calls of, oh my God, you’ve gotta help us. You’ve gotta help the police. They need the money. Only 10% of it was going there. And a lot of us were like, all right, we’re, we’re outta here. The place shut down like two days after that. But there’s always grifters.

Michael Bixby:                    And that’s what you have to be aware of. And, and frankly, this, this is the interesting thing, because we will, and you’ll hear me harp all day on Wall Street and how they, they hide stuff and they do things that are conflicted for their clients. And, and this, this maybe is kind of a theme here is that you can see this, this can be big or small because there’s a lot of other organization. This is not to me, an indictment necessarily of Black Lives Matter, frankly, at all. This is something that you see in other organizations, just like that. There’s quite a few charities and I think people, people don’t understand that. People might give their hard earned money thinking I’m doing something to help people. And then that, that wouldn’t be the only example. And it’s like 10%, 5%, 15% actually goes to the cause and the rest is going into people’s pockets. So it’s a sad thing. It means, people you have to be on the lookout and there needs to be that accountability that we talked about.