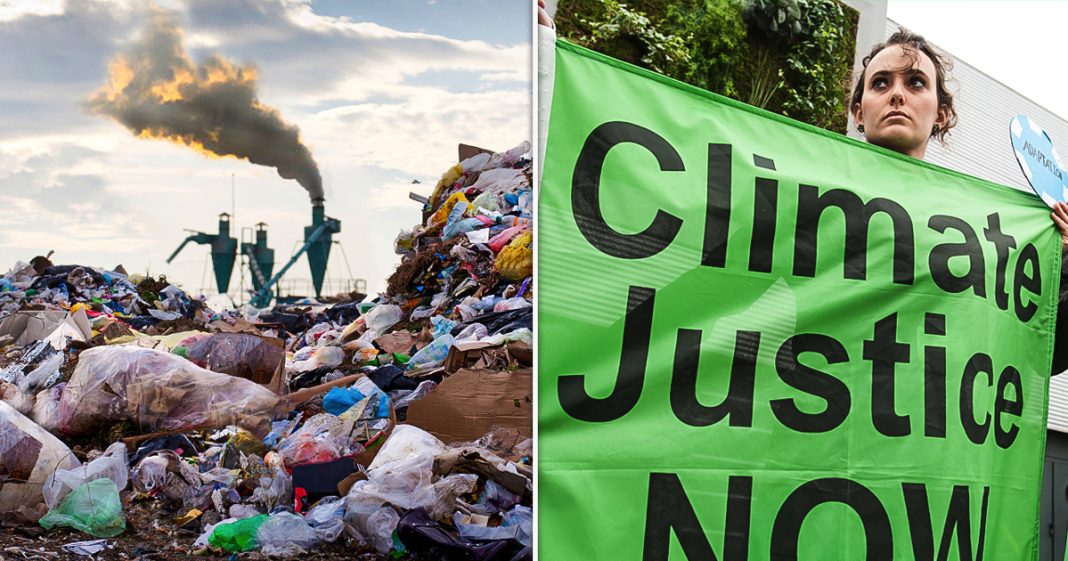 Toxic chemicals called PFAS are being spread across the globe in alarming amounts, and a new report warns about the dangers of these chemicals now being spread through the air. Ring of Fire’s Farron Cousins joins me to talk about this, and many other issues today. Also, Exxon can no longer escape a trial for lying about the dangers of climate change. Mike Papantonio & Farron Cousins discuss more.

Mike Papantonio:             Toxic chemicals called PFAS are being spread across the globe in alarming amounts and a new report warns about the dangers of these chemicals and how they’re spreading through the air. Ring of Fire’s Farron Cousins joins me now to talk about that and many other issues. Farron, of course we, we’ve been following this story for almost a decade now. Honestly, we were some of the first people reporting it because we were trying that case up in the Ohio river valley, where 70,000 people were, were exposed to this cancer causing chemical and it seemed like the government said, it’s okay. Looks like they’re doing it again. Now we’re spreading it by air. Let’s, let’s pick up on this story a little bit.

Farron Cousins:                  Right. This, this is actually a rather terrifying story for everyone involved because we’ve found these PFAS chemicals and essentially every human being in the planet right now has this chemical in them, most likely. And usually it goes through the water. That’s how most of it was coming in. But now we’re finding out that when you send your trash away, that has these PFAS chemicals in it, whether you know it or not, it gets incinerated and over in Europe, they’ve actually been doing studies. We’re ignoring it here for the moment. But in Europe they’ve done studies and found, oh my God, we’re burning the trash. We’re sending the PFAS, you know, dozens and dozens of miles away from these incinerators and we don’t know how badly this is going to hurt people, because we don’t know what exactly happens to these chemicals when you heat them to these temperatures. Do they become worse? Do they break down?

Mike Papantonio:             We do know a little bit. We, we learned in the trial, I tried five cases back to back in the Ohio river valley. People that were suffering from testicular cancer, kidney cancer, you know, complete systemic kinds of problems that were killing people by the dozens up in the Ohio river valley. There was a movie that was made about it was called Dark Waters, I tried those cases for that lawyer, Rob Bilott, brilliant, brilliant lawyer who stayed with this, did the investigation and just, just dogged these people. Another movie that tells this story is The Devil We Know. But the story is still not getting through to government. Okay.

Farron Cousins:                  Right. That’s why these are called these forever chemicals. Folks need to understand that these don’t go away. They’re not gonna break down. And one of the things we are finding out of course about this, you know, incinerating it and sending it through the air is that sometimes they do actually break down. And then what the scientists have now found is, oh God, once they’re in the air, they actually start to reform.

Farron Cousins:                  Like the different variants of COVID we have seen, and we’re creating these horrible new cancer causing chemicals.

Mike Papantonio:             Well, isn’t the real problem here, it’s like the story we did a couple of months ago, where the Biden administration says, now we’re going to allow Paraquat the most deadly, the most deadly herbicide on the planet. It’s so deadly that the companies that, the country China makes it in, in China, outside Beijing, they don’t allow it to be sold in China. The UK makes it, they don’t allow it to be sold in the UK. They ship it to the United States. Switzerland makes it, but they don’t allow it to be sold in their country. They ship it to the United States. So, so we know that we’ve got and administration that is completely asleep at the wheel on environmental issues. They’re spraying this from the air when no other country allows that, we allow it in the United States, it causes Parkinson’s disease. So this story that we’re talking about on PFAS is just another iteration of this administration simply ignoring what they promised they were gonna do when they we’re running for office and that is we’re gonna get control over the environment.

Farron Cousins:                  Well, you know, I, I do want to add to that too, because a lot of people think that, okay, well obviously Republicans are horrible on environmental issues.

Mike Papantonio:             Well, you and I talk about this all the time. You know, we have this one, it’s kind of this, this myopic view of our politics, right? We think if it’s Democrat, they’re looking out for consumers, they’re not. On social issues, they’re great. Republicans are awful. On consumer issues and issues that protect our environment and protect our health, Democrats are just as bad as Republicans and this is a great example, Paraquat and now this. We’re just gonna let it out there and we’re not gonna worry about what it does to, to, to consumers.

Mike Papantonio:             Exxon can no longer escape a trial for lying. I mean, just lying for decades and decades about the truth of climate change and the dangers of climate change. What’s so amazing about this story to me, Farron, is that out of this is coming all these documents and you’ve you, you actually, you’ve written a couple of stories where you’ve taken the documents and you’ve said, this was done in 1965, 1970, where they said, yeah, there’s something here about climate change. And yes, we do believe that it’s manmade created climate change. And yes, our fossil fuels have something to do with it. I mean, we’re looking at the documents now. You can’t lie anymore. They wrote it. It’s in, you know, black and white.

Farron Cousins:                  Where they firmly admitted, this is real. We’re causing it. This is bad for us. So 72 ish, mid seventies maybe when Exxon admitted this, but you go back 20 years before that and this is the part of the documents that everybody misses. In the 1950s Exxons own scientists were saying, and this was before we knew about greenhouse gas, you know, the greenhouse effect, climate change, those weren’t words. They said, hey, wait a minute. We’re starting to notice this burning of these fuels that we’re producing is, it’s causing this build up in the atmosphere that this could lead to some kind of catastrophic climate effect, in the 1950s.

Mike Papantonio:             Well, and you know, the question is, how do you get, how do you get your arms around the catastrophe that people like Exxon have caused? Now here’s their list. Here’s, here’s what they’re doing. We, we know this because this is in their documents. They’re, they’re going to fashion an extraordinary campaign to hide the truth, in the documents, they know about it. They’re going to hire biostitutes. They’re going to go to universities and hire some professor who’s written two, two, you know, two paragraphs about the topic, pay ’em a million dollars and say it’s a bunch of bunk. There’s no such thing. We’ve already seen that. Their, the create doubt campaign. That’s, that’s part of their campaign, create doubt. They’re all, now part of their campaign is use influence with the media. We’re advertising so much in the media surely we can call people like Phil Griffin from C, MSNBC or whoever’s running CNN. And we can say, you know, I really wish you wouldn’t do that story because we’re advertising a lot with you. And that they, they capitalize, here’s what’s real interesting, capitalize on Citizens United. What does that mean? Spread money around and be sure we spread as much to Democrats as we do to Republicans. That’s part of their plan. Balance that money that comes between them. Focus, focus on media commentators. Seek out media commentators who will say, oh, this is ridiculous. And last of all, buy science.

Farron Cousins:                  Yeah. And, and it’s been this coordinated campaign, it’s been going on for decades. It gets more sophisticated with each passing year. But this particular lawsuit is really interesting to me because this one does have the potential for success because what they’re arguing, and this is Maura Healey, Massachusetts attorney general.

Farron Cousins:                  She’s saying, listen, your lies to your own investors have cost these people money because you’re creating a mess that they will eventually have to pay to clean up, your company will, by lying to them you have caused them a direct financial damage.

Farron Cousins:                  But that’s about the only way you can get justice against a major corporation is by, you know, like Bernie Madoff, the only guy that went to jail in the whole banking scandal. It’s because he ripped off wealthy people.

Mike Papantonio:             That’s really well put. The, the, the scale is monstrous. I mean, you got coastal cities that are having to spend billions of dollars just to shore up the, the shoreline.

Mike Papantonio:             So you don’t have condominiums that are ending up in the Atlantic ocean or the, or the Gulf of Mexico. We’ll follow this case more.