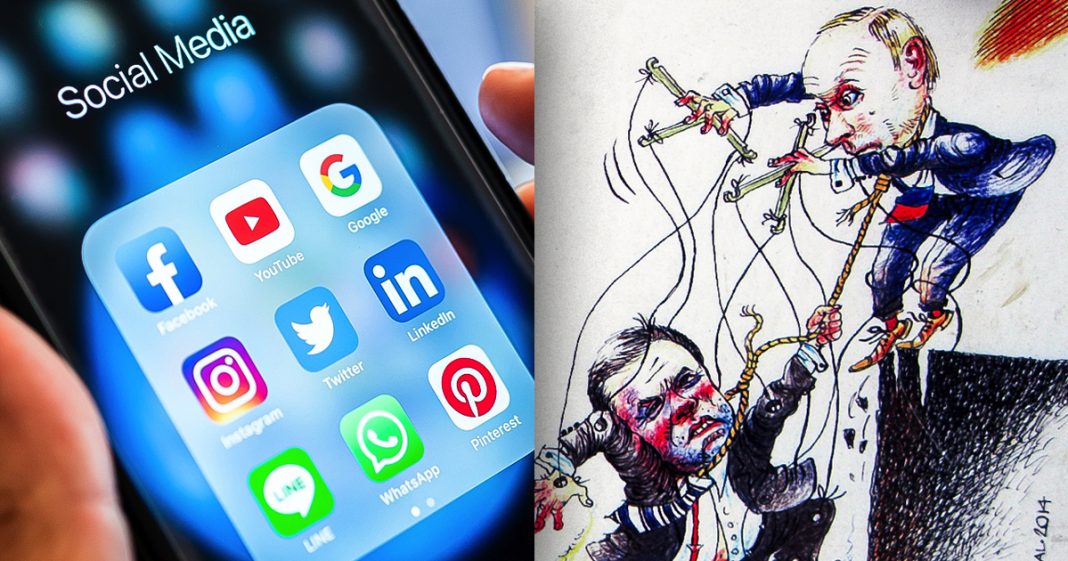 Mike Papantonio:             Social media sites recently shut down a number of pro America, fake news accounts. This is such a crazy, attacking Russia and China. Okay. I guess I love this story because the irony is just so thick. The irony is that the US government created fake news media. That, and they, they’d make a, they’d make up a name for something that didn’t exist. This is the American media or Johnson media. They would then with AI, artificial intelligence, create a reporter that would make up the story. And the story was attacking China and attacking Russia through propaganda.

Farron Cousins:                  Right. And they were, you know, posting it in Chinese. They were posting it in Russia. They even did it in, in Iran. And what they did, they didn’t just create the fake name. They created fake people to share it on social media. So what they did was they went through Russian dating sites online. They went through Chinese dating sites. They pulled pictures of people that they thought this is a very attractive person. We put them, this is now our, our writer and our sharer online. Totally fake. But because people saw, oh, well it’s a pretty face. I, I like what this story is saying. And that’s how the propaganda works. And this is exactly, of course what we said, not we said, but everybody said, well, that’s what Russia did in 2016. We’ve been doing it over there since 2012 this report says.

Mike Papantonio:             This has been coming up for a very long time. We are the masters of propaganda. And so, but when we now, you know, what I love about the story is it, it’s a good, it’s a good sign that social media, that the tech industry says, hey, you know, we’re gonna do the same thing to the US government when they do bad. I love that part of this.

Mike Papantonio:             Because it surprised me. You know, the, the, the tech industry is so beholden to the government.

Mike Papantonio:             And when the tech industry says, no, this is so bad where you’ve created jus, it, you know, I don’t, it’s, it’s not a fake news issue. It’s a fake source issue. They’re making up newspapers, they’re making up TV stations, they’re making up reporters, they’re taking celebrities and then taking AI, messing with their face and making ’em look like they’re a real reporter. And then sending that all over China and Russia.

Farron Cousins:                  They copy the entire article and they put it in a new document. They change a couple things to be more propaganda ish.

Farron Cousins:                  And then they post it as their own. So if somebody were to take a snippet of that article and search for it to verify it, they’re gonna see it also pop up on BBC and these other sites and think it’s legitimate, not noticing the subtle changes in there.

Mike Papantonio:             We have, we have a propaganda department and that’s what this is. But the irony is when we say, oh my God, Russia is changing or China’s changing our lives with propaganda. And we know this now. I mean, come on, man.