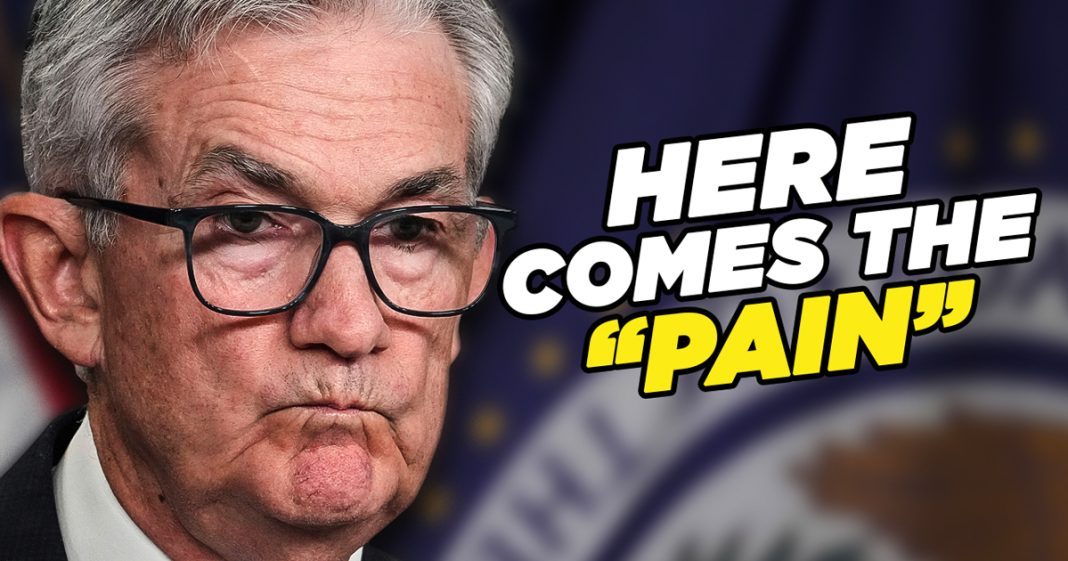 The Federal Reserve might plunge us into a recession just to ease inflation – a move that is going to devastate working class families. Mike Papantonio & Farron Cousins discuss more.

Mike Papantonio:             The Federal Reserve might plunge us into a recession just to ease inflation. It’s a move that’s going to devastate the American working class. I don’t know why no, can I tell you something? This is the kind of story that nobody pays attention to. When we post this on our site it’s gonna be this much traffic compared to, you know, like we say, all the time, let’s do a story on I hate the GOP. There’s no comparison. This, this is a vitally important story.

Mike Papantonio:             This, you know what this reminds me of, it reminds me of the Greenspan who just completely ignored what was going on with, with the housing market and was trying to say, to solve the inflation. Well, you pick it up from here.

Farron Cousins:                  Yeah. Well, what we’ve got now is we got Fed reserve chair, Jerome Powell, who warned us explicitly he said, listen, the pain is coming. You, there’s gotta be some suffering here for working class families.

Farron Cousins:                  Yeah. But, but don’t worry. Well, I mean, a lot of you’re gonna lose your jobs because we’re raising interest rates, but it’s gonna bring inflation down. Maybe a little probably. But the, the only thing definite from this, as he points out is the suffering.

Farron Cousins:                  Suffering is definitely gonna happen. And you’ve got Larry Summers that’s been pushing this same thing for three months who is from the Obama administration.

Farron Cousins:                  Yeah. They, they can’t borrow as much money anymore. So they have less operating capital. When they lay people off, then those people have less money. That’s the trickle down.

Farron Cousins:                  That’s the real trickle down economics is that there’s less money flowing around and those at the lower end of that totem pole, they’re the first ones to feel that pain.

Mike Papantonio:             We saw it with Volcker in the seventies and the eighties. We see it, we saw it with Greenspan. Now we’re seeing it with this cat. And really the problem is that he’s doing this when we have a falling GDP, a year of falling GDP. Doing it while we have a falling disposable income for Americans. We have a falling real wages because those real wages are being eaten up by inflation. And, and it’s just exactly like Volcker and Greenspan did. And it’s like he never took a look at the book. He never looked at the history book. It’s the same thing happening. Now, even though people, they won’t read this story, they won’t watch this story. They’ll only say, well, God, I wonder why I can’t get a job. Wonder why I can’t buy a house? Wonder why I can’t buy a car?

Farron Cousins:                  Which is the corporate greed that you and I have stood here and talked about half a dozen times in the last three months, these ridiculous markups from corporations just because they can, if you don’t address that, you’re not fixing anything.

Mike Papantonio:             Yeah. You hit a really good point here, Farron, and I, I don’t think we outta leave the story without talking about it. First of all, your, your argument is that the real problem is too much corporate power and too much corporate influence. There’s, add to that, we got a, a supply chain disaster. I’ve never, I don’t, maybe Buttigieg someday will explain what the hell happened here, but it’s a disaster. We’ve got a war in Ukraine. You have all those things converging. But the most important thing is that we’ve given corporations too much power over what the Fed does.

Mike Papantonio:             That’s what happened the last burn down on the mortgage, they had, the corporation had too much power. And it’s a simple analysis, used to be that for example, doctors used to own hospitals, right? And we didn’t have the kind of problem, problem we have with, with medical health inflation. Corporations came in, they bought out the doctor hospitals. You don’t find doctor run hospitals anymore. And so it’s corporations. This is the same thing here. The corporations have so much power over what the Fed is doing that it, it’s a train wreck.

Farron Cousins:                  Well, it really is. And also just to go with that too, when you have these prices that corporations are already artificially inflating, you know, 300%, 400%, when inflation finally does go down and people see those price tags drop, that 300% increase stays. That becomes the new base price.