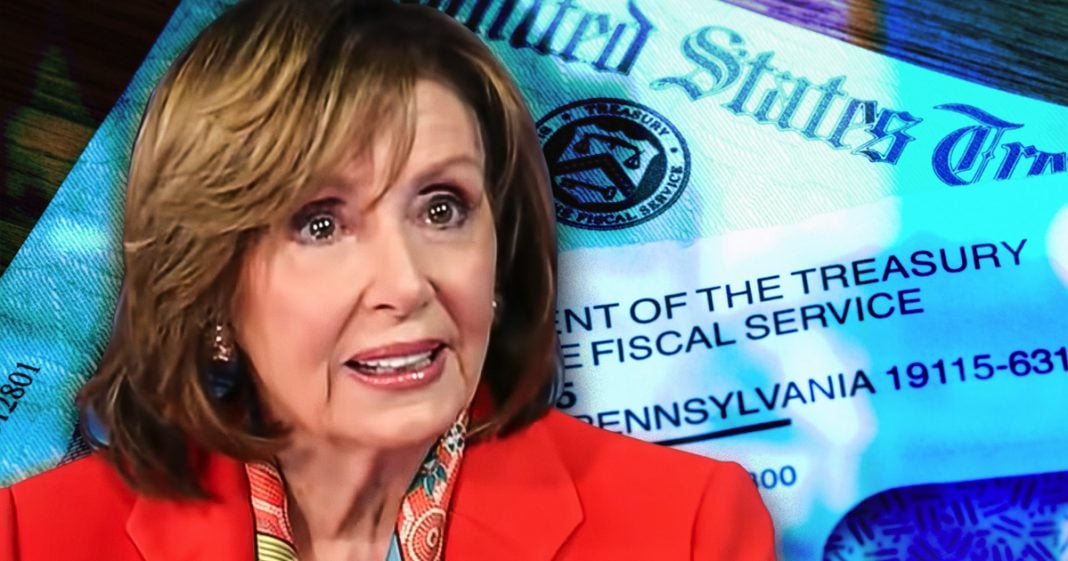 Nancy Pelosi has killed a measure to expand social security so she can give tax breaks to the rich. Mike Papantonio & Farron Cousins discuss more.

Mike Papantonio:             Nancy Pelosi has killed a measure to expand Social Security so she can give tax breaks to the rich. Wow. I don’t get this story. I mean, before I even launch into it, tell me why in the world would Nancy Pelosi, it was almost unanimous support of this. And Nancy Pelosi says, no. One reason is this guy right here. Why don’t you talk about him?

Farron Cousins:                  Yeah. You’ve got, you got Wendell who has been one of Pelosi’s top advisors. He has been with her for many, many years now. And he always gives her very right wing, horrible advice. As in, don’t go with these popular progressive measures.

Farron Cousins:                  So, and by the way, that’s the number from four years ago. So it’s likely higher. But he is the guy that is helping pull these strings. And this measure we’re talking about, which would’ve increased Social Security payments by 2%.

Mike Papantonio:             And he is a toad. He’s a bureaucratic toad that is way right wing that everything, every time somebody, something comes up that might cause any controversy, his argument is, you know, Nancy, if we go and mess with this, somebody’s gonna come mess with you. They’re gonna say you’ve done something wrong. That’s the nature of politics. I mean, that’s just what happens with politics. But you’re right. It’s a 2% difference going to, going to people who retire basically, because Social Security allows ’em to retire. But it’s not just about the elderly who have to cut medicine in half so they can, you know, they, they’re living on Social Security. They gotta, can I buy food with that? Do I have to buy medicine with it? Do I cut my pill in half? It’s about children too. People miss that, don’t they?

Farron Cousins:                  Yeah, absolutely. That’s the part of Social Security everybody forgets about, you know, if you have a, a, a parent death, anything like that, the children can receive Social Security. I believe up until they’re about 18 years old, to help with the cost of that if they have to go live with, with somebody else and again, a 2% increase. But instead what Pelosi decided to go with was this so-called bipartisan legislation that actually expands eligibility.

Mike Papantonio:             That’s right. That’s exactly right. And the problem is the people at the top that don’t, you know, they don’t need Social Security retire, but you got a quarter of, more than a quarter of, of, of Americans that rely on, on, on the income, 90%. That’s 90% of their income.

Mike Papantonio:             In other words, if they don’t have that, they have nothing. And Pelosi had the opportunity to take a shot here, certainly at the midterms and say, look what we’ve done for you.