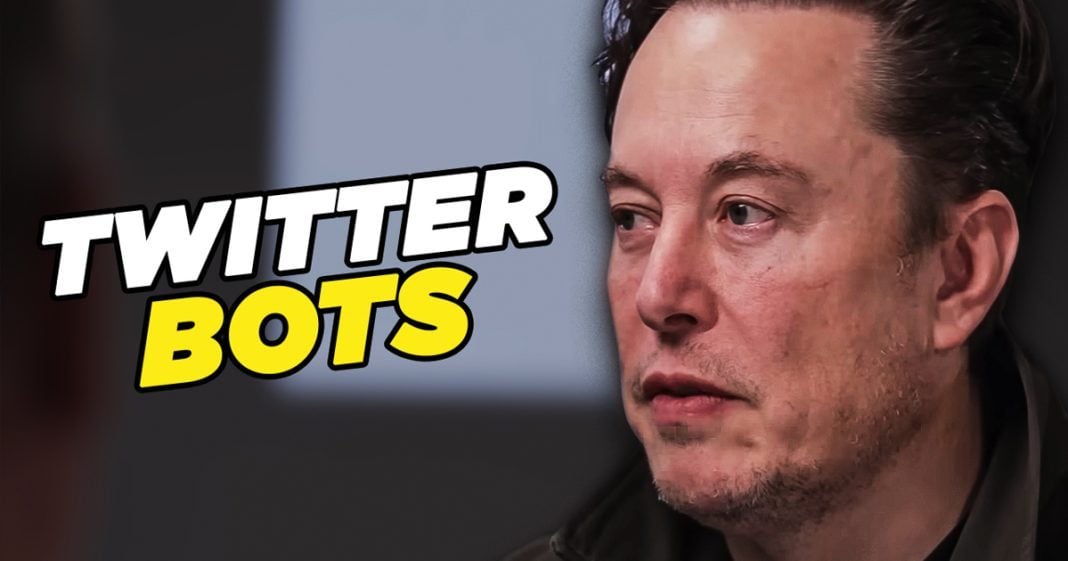 A former executive is blowing the whistle on how bad security is at Twitter – among many other problems. Mike Papantonio & Farron Cousins discuss more.

Mike Papantonio:             A former executive is blowing the whistle on how bad security is at Twitter among other problems. Ring of Fire’s Farron Cousins joins me now to talk about what’s happening. Farron, I say it all the time, I don’t know anybody in the progressive news business better than you. You’ve followed this story from the very beginning. It’s, it’s, it’s unfolding to be like a Greek tragedy. It’s so crazy.

Mike Papantonio:             So, so now all this new information about coverup, there’s no question, it’s, it’s on the edge of fraud. You can at least suggest that it looks like fraud. Started out where Musk says, well, yeah, I’ll take the, whatever you got. If you’ve got bots in there, I understand that. But then the whistleblower comes back and says it’s a lot worse than what they were telling you.

Farron Cousins:                  You’re not safe on Twitter is what this whistleblower is telling us. But then the other part, the one that has real legal ramifications here is that this outlet Twitter is still lying about how many bots and spam accounts are all over this website, which of course directly impacts and, and bolsters Elon Musk’s case that he shouldn’t have to buy it.

Mike Papantonio:             Do you remember, I don’t know if you remember this conversation, when this first came up, both you and I said, be really careful what you ask for Twitter, because when you sue Musk, that means he gets to look at all of your dirty laundry.

Mike Papantonio:             He gets to take all the depositions he wants. He gets to get into your computer and see what’s real and what’s not. That is exactly what’s playing itself out now. And this whistleblower that comes forward, Zatko, his name’s Zatko and I mean, he was at the top of the food chain, man. This guy was the guy, he was in charge of security issues. And he says that he was fired because he went to management and he told them, you have a problem that actually is so serious that it involves national security.

Farron Cousins:                  Back in 2011 saying, we will clean up all of our security problems because even 11 years ago, these problems were happening. And they said, okay, we understand it. We acknowledge it. We legally promise to do something with it.

Mike Papantonio:             Here’s where it goes. It was the first time you and I talked about it, we said, be careful what you ask for Twitter. When you go suing Elon Musk, it’s gonna get real ugly. Let me tell you the next thing that’s gonna happen. You have 300 million people who potentially have been at risk. Now we know these tech companies have, have had to pay big billions of dollars for taking that, that material and not protecting it. Same thing is unfolding here. I’m just waiting for the other shoe to drop against Twitter where somebody says, hey, you know, you, you know, this is class action.

Farron Cousins:                  You know, we, we did not want another oligarch buying up this media outlet, but it is funny to see this unfold. And now Twitter, Elon Musk looked like the bad guy to begin with and now we found out, oh God, it’s actually Twitter.

Mike Papantonio:             Actually, you might see a reverse lawsuit here. You, you could see something, he could turn this on its head. He could be to say, say the guy, I’m the one that exposed Twitter 300 million people to the type of thing that’s going on here. Now the, the whistleblower says that they did this. They ignored the spam. They ignored the bots. They ignored the numbers because it increased profits. And he could name people where it increased their bonuses. The volume increased the bonuses of leadership there. This case it’s gonna get uglier, it’s gonna get uglier for Twitter than it does Elon Musk.

Mike Papantonio:             Yeah. And I think it’s gonna get worse. Sometimes you just gotta move on. Twitter made the mistake saying I’m gonna get this $42 billion. It’s gonna go south on ’em.