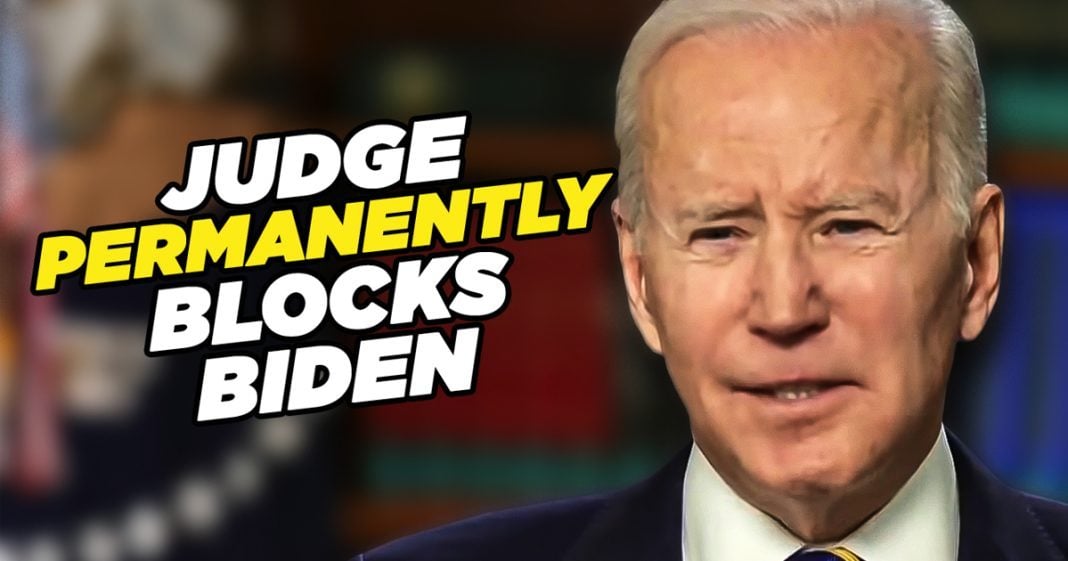 Mike Papantonio:             A federal judge has permanently blocked President Biden’s moratorium on new oil and gas leases on federal land. Okay. So this went up one time. This, this went up to the fifth circuit in Texas, Texas is part of the fifth circuit and they said, we’re not going to really rule against you on this, you know, this, this, this stop to this process. But we want better definition on what you meant when you made a ruling that we’re going to lift, or we’re gonna sustain the ability for people to go in and drill wherever the hell they want to drill. Go ahead and pick it up from there.

Farron Cousins:                  Yeah. This is a very weird ruling because the court itself says, listen, you can’t tell us that we can’t go and drill on federal lands, because there’s a piece of legislation, the Outer Continental Shelf Lands Act and Mineral Leasing Act that says we’re legally allowed to do this. So you as the chief executive, you can’t just issue a moratorium because the legislative branch has already said, we can do it. Furthermore and this is where things get real stupid, plaintiffs states claims are substantial. Millions and possibly billions of dollars are at stake. Local government funding, jobs for plaintiff state’s workers and funds for the restoration of Louisiana’s coastline are at stake. So they’re telling us, we’re gonna make a lot of money, Biden. What are you doing?

Mike Papantonio:             Yeah. Well more importantly, I think the, the reason it, the only hesitancy you could see from the court’s decision is they’re arguing that the money that comes from this allows us to restore our coast. The coast that the oil industry has already destroyed either by leaks from the Gulf of Mexico or climate change, they’ve destroyed the coast and the real irony is, judge, if we can’t get this money from the oil industry, we can’t restore the damage that’s been caused by the oil industry. Crazy, crazy story.

Farron Cousins:                  It, it actually is. And if you wanna actually put some money towards restoring that let’s cut back on the 20 billion a year we give to the industry in these subsidies. But again, we’re facing a fact here where I know this was a Trump appointed judge, but even any other judge has to look at this and say, the law is clear. It says, we have to be able to do this. You can’t as president unilaterally do it. Congress would have to repeal that law.

Mike Papantonio:             I can’t tell a difference between the Obama appointed judges. I’m not, I know that sounds astounding. But the reason is, is because the Obama, Obama appointed judges are coming from the same place that the, that the Trump appointed judges are coming from, that the Biden appointed judges are coming. They come from silk stocking defense firms where they don’t have anything in common with consumers. All they do is represent huge corporations and they figure out how to keep that corporation outta trouble. So they move to the federal court as an appointment, whether it’s a Democrat appointment or Republican appointment, they all land the same way. We’re not going to help the consumer. We’re gonna do as much for corporate America as we, as we’ve always done. So I used to think there was a difference, but I, I I’m out there all the day.