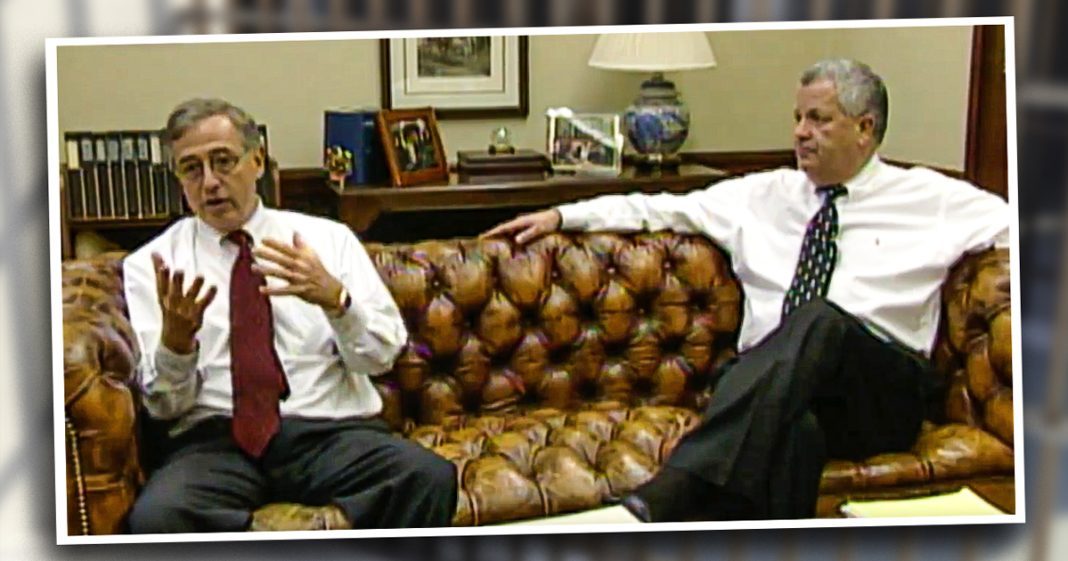 The judges who were sending kids to jail in exchange for cash from a private prison company have been ordered to pay over $200 Million to their victims. Mike Papantonio & Farron Cousins discuss more.

Farron Cousins:                  Yeah. And, and it was sometimes children as young as eight years old. And we’re talking about, we’re not talking about kids that are out there robbing banks or killing people. We’re talking about truancy, we’re talking about, oh, we caught you smoking a cigarette at school. You’re going to prison because it’s putting money in my pocket. And many times in the courtroom, what they would do when they handed down these harsh sentences for these minor offenses, they would immediately take the child and wouldn’t even allow them to say goodbye to their family.

Mike Papantonio:             4,000 juvenile convictions. Convictions ranging from petty theft, truancy, smoking at school and being belligerent. These two judges, criminals, criminals themselves. How the hell they ever became judges is beyond me. But they’re criminals. One is in prison for how long? How, how what’s 20, 20 some years. The other guy is.

Mike Papantonio:             He can’t leave, but he’s, he’s being held prisoner at home because of COVID. That’s the way this story, this story reports. The other, the other criminal is in prison where, in Kentucky?

Farron Cousins:                  They ruined the lives of these children, psychologically scarred them forever, for the small price of $2.8 million.

Mike Papantonio:             Sol Weiss, a good friend of mine, the lawyer that handled the civil case in this situation got the $200 million. When he started this, you know, if you listen to what he had to say, he knew there, this will never be collected. These kids are never gonna collect that money. But he understood that this is such an ugly story, if we don’t tell it again and again, and again, we’re faced with a story right down the road here in North Florida, that we’re talking about the, the, the boys ranch that did the same thing. So this is repeating itself all over the country. This is not an isolated story.