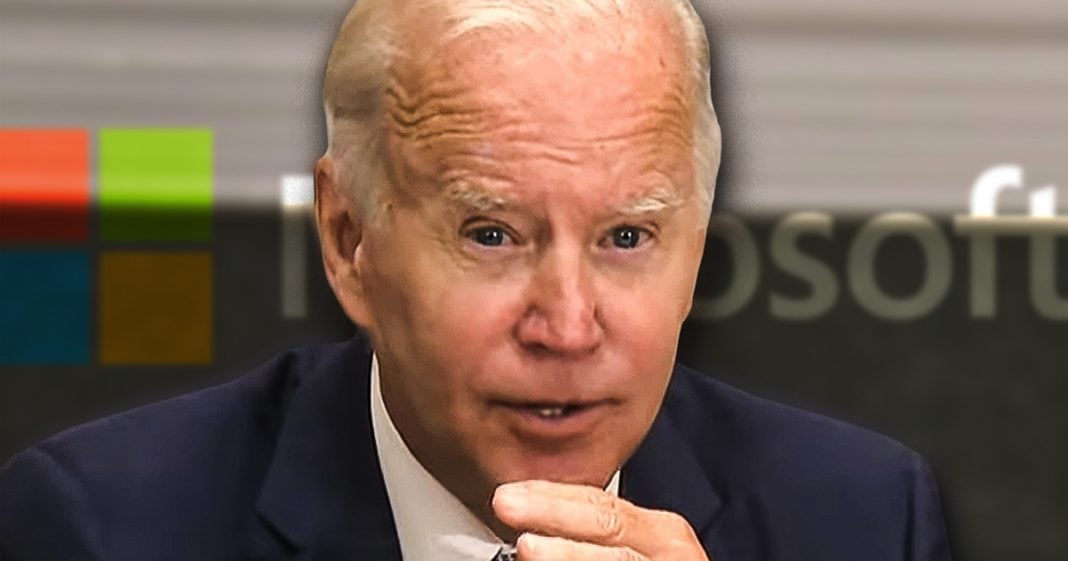 Mike Papantonio:             The Biden administration allowed a man with glaring conflicts of interest to control the Department of Veterans Affairs technology department. Wow. Again, is he just asleep at the wheel? I mean, is he, does, I see him eating ice cream and I see him in these odd moments when he doesn’t seem to know where he is. Does he not know what he’s, what’s going on with his own administration? Pick this story up.

Farron Cousins:                  With this guy a hundred percent he does because he knew that this guy, Kurt Del, DelBene, I believe is how it’s pronounced, the husband by the way of a sitting Democratic lawmaker. So Biden comes in and says, I’m nominating Mr. DelBene here to be the chief technology officer at the Department of Veterans Affairs, which is a huge job, by the way.

Mike Papantonio:             That’s where Joe Biden goes every day, that White House and eats ice cream. But go ahead.

Farron Cousins:                  Exactly. He is the one who picked this guy and they knew that he was coming from Microsoft and they thought, well, that isn’t that great. He’s from Microsoft. We’re putting him in charge of technology. Clearly makes sense. Well, the guy is holding millions and millions of dollars in Microsoft stock, making decisions every day that directly benefit Microsoft, which by extension benefit him. So what they had to do, and I’m shocked by the way, this article actually came from the Huffington Post, they had to get an exceptional waiver to allow this man to even hold that position because of this massive conflict of interest. But they granted him the waiver. And now he’s there. He’s making tons of money. Microsoft is doing great. Again, his wife is a sitting Democratic lawmaker. It’s one big club and we ain’t in it.

Mike Papantonio:             Okay. Well, here’s the question. This, when I was looking, following up on this story, I saw some suggestion that, really a lot of angles, and the same thing I’m asking you. I, I don’t mean to, I, I don’t mean to be flipping about this. Who’s in charge? Okay. Who is in charge? That seems to be an essential question right now. There are folks that are saying he’s not in charge anymore. Susan Rice is in charge. Susan Rice, the engineer of the Iraq lie is involved. She’s the one running things right now. Have you seen any edges of that story?

Farron Cousins:                  A little bit. Yeah. You do have, especially, actually with Democrats wondering what is going on, who is calling the shots? Who am I gonna reach out to when we need something here? Because this administration, they toy us along. Sure, we just got that inflation reduction act. But beyond that, they don’t even know. And you’ve got advisors and, and consultants, I guess you’d call them, starting to get worried that they’re not paying close attention to what’s going on.

Mike Papantonio:             Who stood behind Bush, stood behind Cheney when everybody was asking real questions. And she says, no, absolutely, this is a war we have to fight. That’s the person that some folks are saying is in charge of our government. It’s not Joe Biden anymore. And it terrifies me just a little bit. May be an overstatement, but you’re seeing it come up and again, and again, in some of these stories.