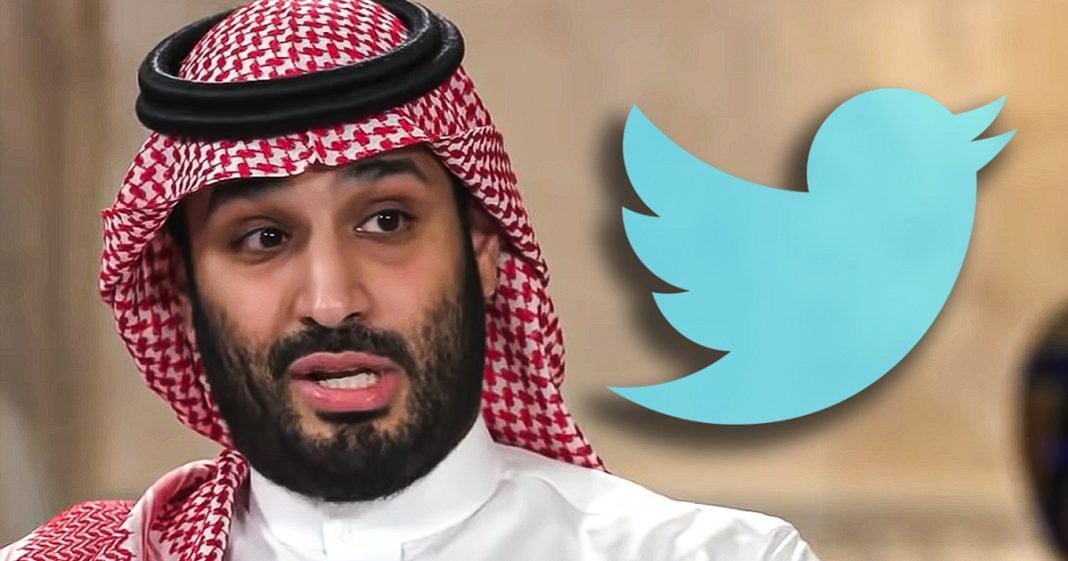 Saudi Arabia was paying a pair of Twitter employees to hand over personal data of people who were critical of the regime. Mike Papantonio & Farron Cousins discuss more.

Mike Papantonio:             Saudi Arabia’s been paying a pair of Twitter employees to hand over personal data of people who are critical of the regime. Ring of Fire’s Farron Cousins joins me to talk about what’s happening. Farron, we just did a story on the fact that this year Saudi Arabia has already beheaded 120 people. And we know from that report that 37 or somewhere around 37 to 40 were beheaded because of political protest. So, Ahmad Abouammo comes in, he’s working for the Royal family. Tell us, tell the viewers what he did.

Farron Cousins:                  Yeah. He’s of course now been convicted by a jury, but he was working at Twitter 2014, 2015, and as part of his, you know, job there, he had access to the personal data of people and their accounts. So the Saudi Royal family approaches him, along with another individual working at Twitter, who was a Saudi citizen, says, how about we give you some money? We got a lot of people on Twitter that are criticizing our regime over here. So we’ll give you a hundred thousand dollars. Here’s a $40,000 watch. You give us their personal data so we know who these people are that are saying we’re a bunch of bad people running the country.

Mike Papantonio:             And his defense at trial for the defense lawyer really made this argument, judge, ladies and gentlemen of the jury, that was just pocket change for Saudi. Lit, literally made that argument. So, obviously his partner, we only know one of them. We think there’s certainly more.

Mike Papantonio:             But one of them flees, okay, this guy was released on bail. So what do you think of the chances of him being around? Now, the way I see this is one hell of a lawsuit against Twitter. This is a, this is a strong lawsuit. Any people who can tie up the fact that their information was leaked to the Saudi family, I just think it’s a, it’s a killer lawsuit.

Farron Cousins:                  Well, well, yeah, and I mean, speaking of killers, as you mentioned, Saudi Arabia beheads people critical of the regime. We talked about that story last week. We have seen it all over the news. Well, not as much as we should, but there is no telling how many of these people that this guy turned in.