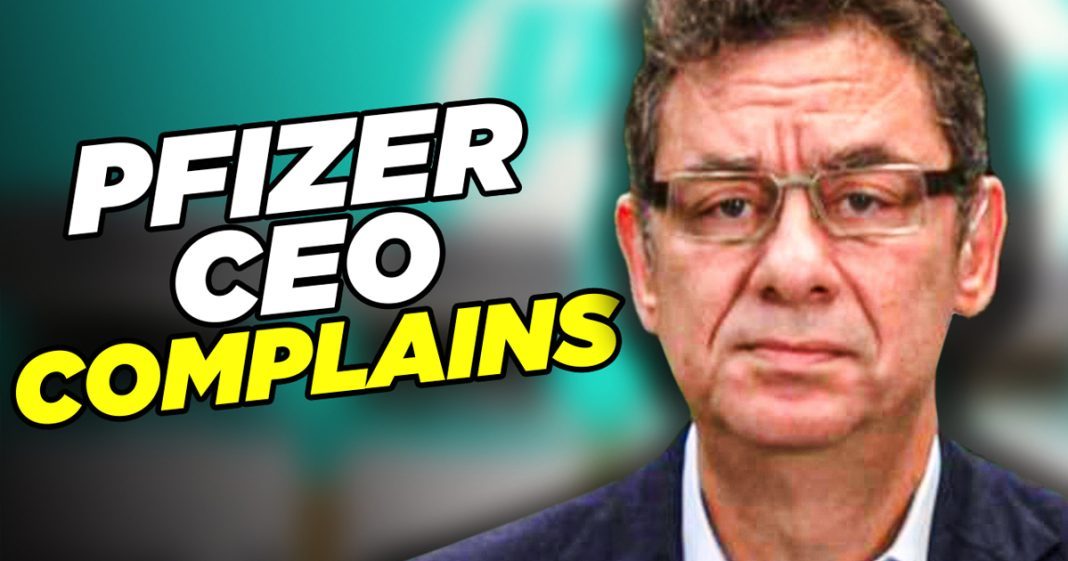 The CEO of Pfizer is furious that Congress is about to pass legislation to lower the price of a few prescription drugs. Mike Papantonio & Farron Cousins discuss more.

Mike Papantonio:             The CEO of Pfizer is furious that Congress is about to pass legislation to lower the price of a few prescription drugs. You know, this is the craziest story. They made $22 billion, $22 billion just off the, just off the COVID vaccine. And they’re complaining that part of this bill, this energy bill, this inflation reduction act, which finally got passed and is gonna create some good on climate change. I really do believe that. So they said, well, you’re passing on too much of the, of the bill to us. Pick it up from there.

Farron Cousins:                  There’s 10 drugs, 10 drugs that in this bill, you will be able to negotiate the price of only of course for people on Medicare. But even the slightest reduction for Pfizer in that profit, even if it’s just, you know, $200,000 a year, it’s not okay. So the CEO, Albert Bourla, comes out and he says, oh, I wanna say, it’s very disappointing that they’re choosing to single out one industry.

Farron Cousins:                  Now, well, no, you’ve been screwing over American consumers for two decades or more at this point. It’s time for you to stop that. And I think that’s what scares him is that again, even though it’s only 10 drugs and not all of them are Pfizer drugs, he’s worried that people are gonna see that they have the ability to lower the prices.

Mike Papantonio:             That’s it exactly. That there’s some infrastructure in place that says, you know, we’re gonna take a look at the, well, here’s what I looked at. Medicare paid $7.3 billion in one year for one blood clot, blood clot medication, $7.3 billion. So, you know, finally Congress is getting it, well, we can get some of that money back and we can pay for things that need to be done. We can pay for energy changes and climate change issues that are important to, to, to this, to this world. And the, of course now the pharmaceutical industry who, oh, by the way, made $22 billion on just the COVID issue alone and their complaining. Even though we know, you’ve done stories, I’ve done stories where their markup on drugs is as high as 2000%.

Farron Cousins:                  And, and most of that R and D is paid for by us already through tax dollars, the National Institute of Health. The only money they’re really spending is on advertising.