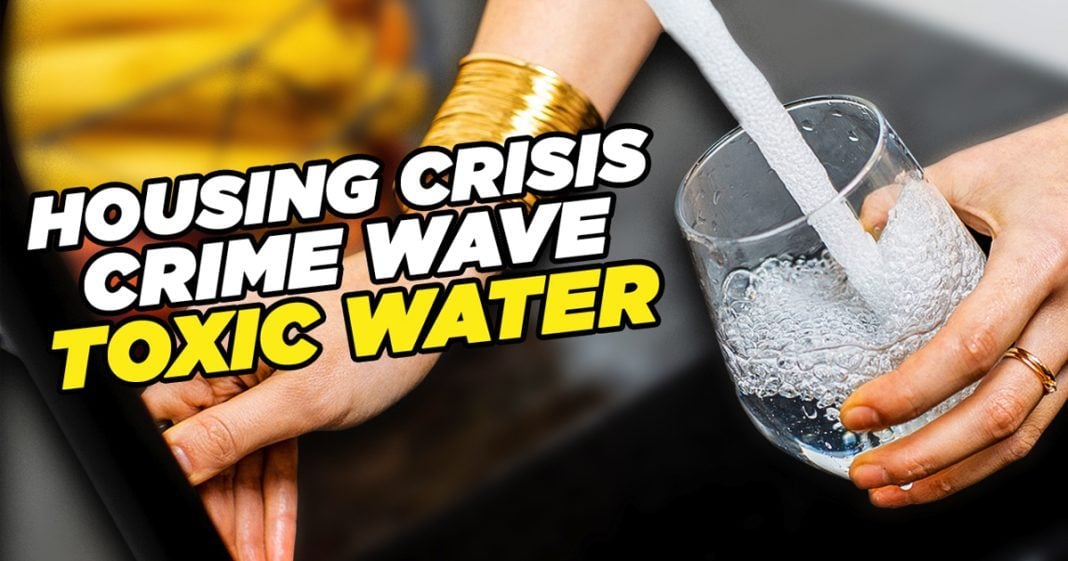 Mike Papantonio:             You can now add dangerously contaminated water to the growing list of horrors in California. Now the reason I think this is, this is a big story, but the reason I think it’s even bigger is because there is this mass exodus from California right now. What 400,000 people in the last year and a half leaving California. It’s not just about water. It’s about, they can’t afford to live there. The, the housing is impossible. The taxes are impossible. The, the crime, the crime of all things is really driving people outta places like LA and San Francisco. And there is this, I’m telling you, it’s this mass exodus if you look at these stories and they’re going to, they’re going to Texas and New Mexico and coming down here to Florida. And what the, the, the angle that you’re hearing, especially in Florida, is you can come here, but leave your politics back in California. And that, that’s what each one of these state, that’s kind of the, that’s kind of the hit on these folks that are making this exodus.

Farron Cousins:                  Well, in fact, that’s actually a lot of the reason a lot of people think that both Nevada and Arizona went blue in the 2020 election is because you had all the California transplants.

Farron Cousins:                  So it’s been happening for years. And, and trust me, look, I have talked to some of the most progressive people imaginable in California and they are saying the same thing. Okay. This, this isn’t a right wing talking point. This isn’t propaganda. The people that live there again, far more progressive than me, they’re saying the same thing. It’s really bad. And maybe, maybe it’s something in the water. I mean, we’re looking at this story too. You got a million people drinking arsenic contaminated water. You’ve got half the state on fire right now.

Mike Papantonio:             The crime wave is a very real deal. I don’t know why they won’t, why they don’t say, yeah, it’s real. I mean, people are leaving San Francisco. I saw an article the other day, CEO one of the biggest corporations in America, gunpoint robbed at his front door of his home.

Mike Papantonio:             He makes this, goes on TV and makes this huge statement says, it’s irreversible. We can’t solve the crime problem. So I mean, this isn’t, this is coming from a whole host of different areas. But back to the water. Water seems to be the last thing. It’s got arsenic in. It has nitrites in it. They’ve suffered from a drought, so there’s not enough water. And then it has PFAS in it as well. So you look at this whole picture and you say, uh, I don’t know, man.

Farron Cousins:                  It’s not exactly the picture of paradise or, you know, this LA high lavish lifestyle that we see on TV. The state’s got real problems. Not to say other states don’t too, but it’s, it’s really piling up really quickly in California.