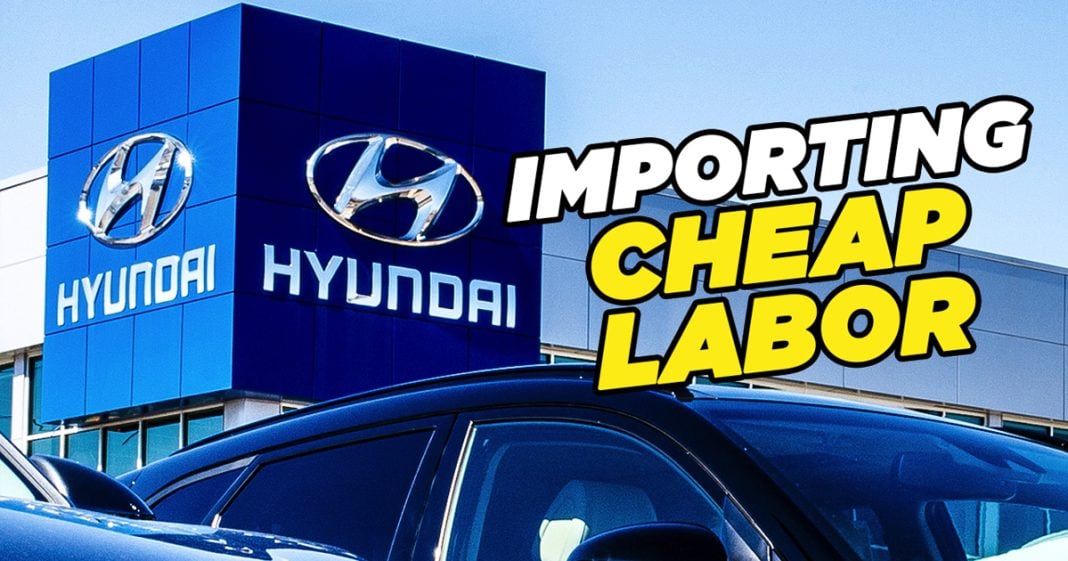 Dozens of child laborers were found working in a metal plant in the state of Alabama. Mike Papantonio & Farron Cousins discuss more.

Mike Papantonio:             Dozens of child laborers were found working in, in a metal plant in the state of Alabama. Well, it’s 50. I mean, you know, at least 50 and if it’s, if they found 50, there’s probably 300. This is such a victory for the US Chamber of Commerce, isn’t it? Don’t you see them high fiving, drinking champagne, by God, we’re bringing in all of these child labors from Guatemala, Nicaragua, Mexico. They’re coming over the border in droves. If they lose an arm, no problem. We’re gonna ship ’em back to Guatemala. If they lose their life, we’ll ship the body back. There’s no worker’s compensation for these people. There’s no social security for these people. All of them are working minimum wage. But this on top of that, it’s child labor. It is child slavery that’s taken place. And the US Chamber of Commerce, this is exactly what they wanted.

Farron Cousins:                  Exactly. And, and to me, this is also a media story. How many times have you seen this story other than published right here in Business Insider? You know, I, I happen to come across it on a message board, somebody posted it there, but beyond that, it hasn’t been covered as far as I’ve known on any cable news outlet. I haven’t seen other people on YouTube talking about this. We’re talking about child labor.

Farron Cousins:                  Some under the age of 10 years old in Alabama. This isn’t happening in Sipan. It’s not happening South of our border or over in the diamond mines in Africa. It’s happening.

Mike Papantonio:             That’s why the reporting from the media is it’s a story of compassion. The media reports are, oh, these poor people. We have to let ’em in because they want a better life. What the, the better life comes for the CEOs of corporations who do this, who say, yeah, we’re gonna, we’re gonna get away with as much as we can. The better life is for the US Chamber of Commerce. Why doesn’t the media talk about the truth? This ain’t about compassion. It’s about cheap labor. We used to have to ship, what we’ve had to do in the past is ship jobs overseas, right? For ship, for cheap labor. Not anymore. Now we’re shipping, we’re, we’re shipping the cheap labor into the country and nobody seems to put this together. And we, we handle these cases. We see it all the time worker comes in, they’re blinded by some chemical. Ship ’em back home. They don’t have any rights.

Farron Cousins:                  Well, and, and what’s really telling about this story too, is, you know, these children are working in this metal stamping facility. So it, it’s not even a safe job to begin with.

Farron Cousins:                  And these are parts that go to the local Hyundai plant right outside of Montgomery, Alabama. And Hyundai, of course, that’s a huge advertiser. It’s a huge advertiser in print media. Huge advertiser in, you know, linear media. So of course we can’t talk about Hyundai using a plant with child labor in Alabama. And so it is just failures across the board. But as you said, it’s exactly what the Chamber of Commerce wants. This is why we never see real movement on the immigration issue, no matter who’s in charge, because the corporations are really in charge and this is what they want across the country.