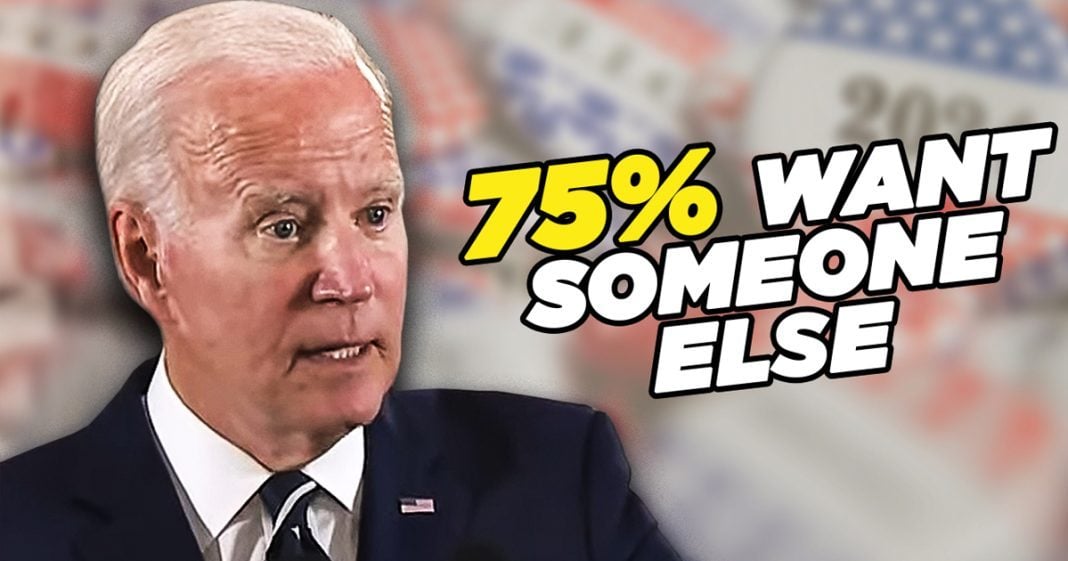 President Biden’s polls keep getting worse, and now 75% of Democrats want someone else to run for President in the next election. Mike Papantonio & Farron Cousins discuss more.

Mike Papantonio:             President Biden’s polls, well, they keep getting worse, if you can imagine and now 75% of Democrats want someone else to run for president. You think? Okay, I don’t know. This story. I, I, I feel like we’re doing it a lot because the polls keep dropping every time we do this story. But as I look at this story, it’s a little more concerning than, than it has been because the, the, the story is really about, do you not want him because he’s old? That’s not the reason.

Farron Cousins:                  So the fact that that number keeps jumping, you know, 5% per week, basically at this point, that’s a horrible sign for the Democrats. But what’s even more remarkable too, is that actually generic ballot polls right now show Democrats for the first time ahead in the midterm races.

Farron Cousins:                  Right. And, and it would be horrible if we’re looking at a repeat of Trump Biden in 2024, but the Republican party, they’ve got this big apparatus. They’re media outlets, especially Fox, they’re already starting to hype other people like Ron DeSantis.

Farron Cousins:                  And that’s what these folks are absolutely unwilling to do. Biden in his eighties, Pelosi in her eighties, Schumer’s in his seventies. We’ve got all of these.

Mike Papantonio:             Is Feinstein still alive? I mean, really. Okay. Well look, let’s hope for the best. It’s time to move aside and let kind of the next generation take over here, I think.