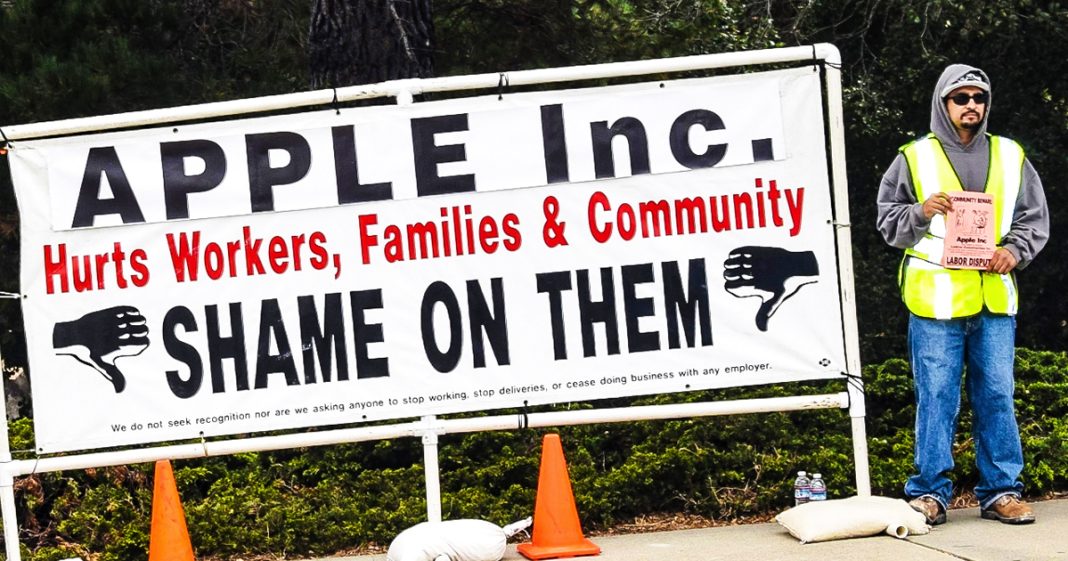 Mike Papantonio:             CEO pay is now 324 times higher than the average worker pay, one of the largest gaps to ever hit us in American history. For example, I just, you know, there’s examples all over. Andrew Jassy, you know what his CEO pay was last year, $212 million. It was six, almost 7,000 times higher than what the workers are getting. That’s the state of American capitalism right now.

Farron Cousins:                  And this is happening at companies like Amazon, Netflix. What are some of the, Expedia, JP Morgan, Intel, Etsy, Adobe, Apple, all of the big name companies that people recognize they are screwing over their workers is the only way to put it, while giving themselves hundreds of times more than what they’re paying these workers. And, and I, I will point out, you know, you and I have been doing stories on this for God, almost two decades. And back then it was about 213 times what the CEO made compared to the worker. And at that time we were talking about how horrendous this was. Well now we’re up to 324 times.

Mike Papantonio:             Yeah. Well here, here’s what’s interesting. The average salary for a CEO, what, what do you think it is? Well, eight, $18 million, the average salary. Now it doesn’t make any difference if the company is on the ropes financially. It doesn’t make any difference whether they’re doing a terrible, Netflix, for example, my God, they’re losing subscribers in droves. Nevertheless, this guy’s paid $40 million a year to run Netflix. So I mean, there’s no rhyme or reason to it. It, it’s not as if we’re gonna give these CEOs more money and we’re gonna do better. It doesn’t work like that. The CEO has control over the board. The board is, is chosen primarily by the CEO. He brings in friends, people that he’s worked around for years, those are the board members. And then the board members go from company to company, to company and they get paid every, on every board that they’re participating in. Did I get that right?

Farron Cousins:                  Yeah. And, and, and there’s been plenty of reports over the years that show most of these corporate boards share at least one member with another board.

Mike Papantonio:             You know, that issue about boards, they, there’s finding that these boards are now heavily loaded with media magnates, the, the, the moguls. Load ’em up with the media moguls. That way if we make a drug that kills thousands of people, the media is still gonna act like nothing’s wrong. They’re not gonna report the story. If it’s a weapons issue, you’re gonna have the media behind trying to promote wars like the war in Ukraine. My God, it looks like, you turn on the media every day, it looks like a celebration that we’re in war, that we’re involved with Ukraine. So I mean, these board members, it’s very politically astute to do what they’ve done and it’s killing American, literally killing American consumers.