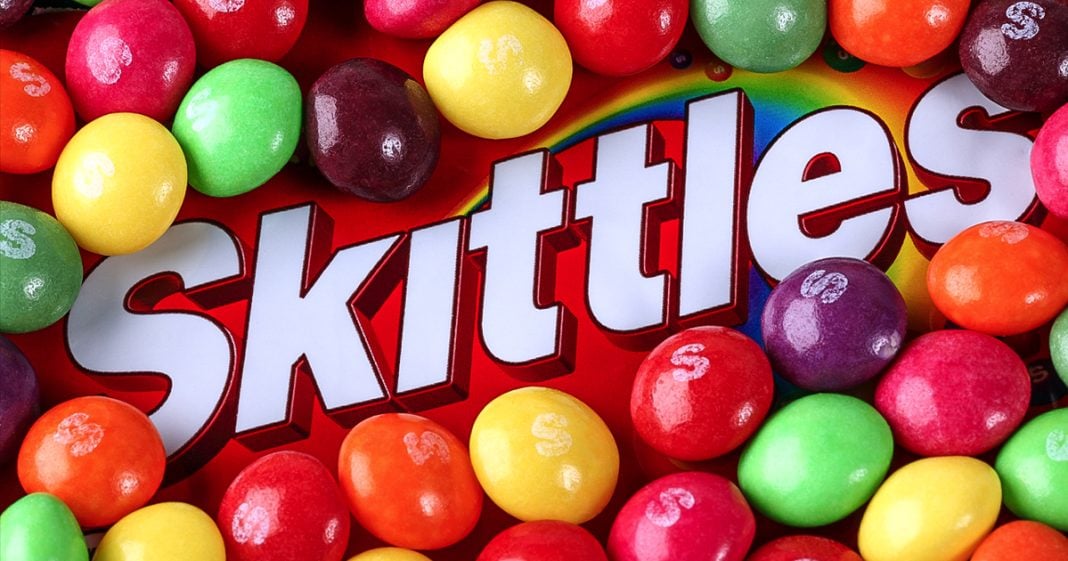 A new lawsuit claims that Skittles are unsafe for human consumption – and they may be right. Mike Papantonio & Farron Cousins discuss more.

Mike Papantonio:             A new lawsuit claims that Skittles are unsafe for human consumption. And I, my guess is that they’re right, since the Skittles contains titanium oxide.

Mike Papantonio:             I mean, we’ve known what titanium oxide is for generations, how dangerous it is. Pick it up.

Mike Papantonio:             Entire EU says you may not sell titanium dioxide here in Europe. I mean, and they said, here’s the reasons, the reasons is, hey, you have to know, this is something that’s used in paint, house paint. This is something that’s used in adhesives, all kinds of adhesives. And oh, by the way, we even use it in roofing materials and on, and on. It, the, the places that this stuff is used, it, it’s the equivalent of saying it’s okay for your child to go out and chew on a, a roofing shingle. That’s, that’s, that’s, what’s in this stuff. And they’ve, it’s been there for now since 2016, we found out about, it was in there long before. It’s dangerous, man.

Farron Cousins:                  Right. And, and so this lawsuit, which they’re trying to get, you know, the class action for this, which I, I can’t, I have to imagine that class would be what everybody in the country that’s consumed a Skittle. It’s saying that, listen, you’re not being forthright with us. You’re not telling us this is in there. You know, you look on the label, where is it saying titanium dioxide?

Mike Papantonio:             I, I don’t know that we can even do that because the FDA or the E, excuse me. Yeah, the FDA has given, the FDA look, sided with this company. They said that the, the titanium dioxide is fine because it’s so little. It’s just so little. But what if you’re eating a package of these things a week? It’s not little because it’s a chemical that is cumulative. It gets within the, it’s systemically cumulative. It sets up in the organ systems. And the more that you eat, the more that threshold gets higher and higher. But it look, DNA damage. Leg, they’re finding lesions on the liver, lesions on the kidneys, that they’re directly relating to ti, titanium dioxide.

Farron Cousins:                  And that’s certainly not what you would expect from sitting down and eating a pack of Skittles.