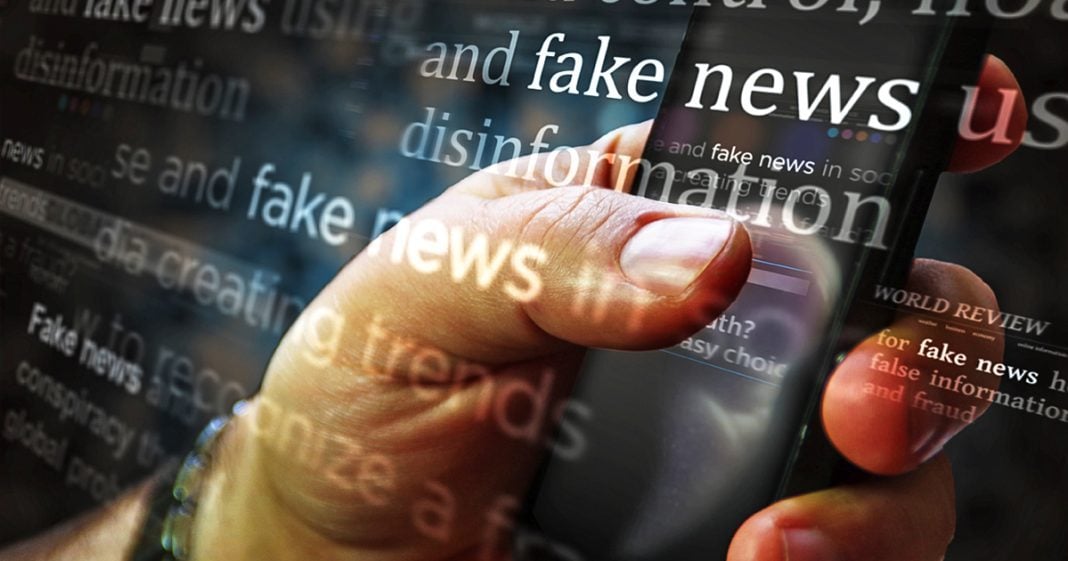 Nearly half of Americans say they avoid reading the news, a problem for both citizens and the journalism profession. Mike Papantonio & Farron Cousins discuss more.

Mike Papantonio:             Nearly half of Americans say that they avoid reading the news, it’s a problem both for citizens and the, and journalists. This is, these are startling kinds of numbers that I read. This was in the Guardian. And, well first of all, give me your take on that story where they say 42% of the, of the public now avoids the news totally. And I wanna go through the list of reasons.

Farron Cousins:                  Yeah. I, I, I think it’s obviously a very bad thing for this country. We’re already so misinformed and uninformed as it is. So for almost half the country to say, you know what? I’m just done with the news. It is really bad for our, our public education. But then again, if you are a regular news consumer, you’re still probably not getting real actual factual news. So I don’t know if it’s bad that people aren’t watching the news or if it’s good that people aren’t watching the news. I just know we’ve got some big problems and I, I don’t even know where to begin.

Mike Papantonio:             Here, here’s the list of things that the writers say that the reason that there, the news is in the hole right now. Loss of confidence in the news. Hate agendas, they say there’s too much hate agenda by the news. The, that it’s untrustworthy. These are words that come out of these polls. That the bias is such that they can’t believe what they’re being told. That it’s inaccurate, most of the time it’s gonna be inaccurate when they do their own look and they find out well, was this true? It’s self-serving. Now you and I have talked about this. Self-serving in the fact that they’re gonna let an advertiser get away with a hell of a lot. For example, the pharmaceutical industry advertising on all the media, every, every four seconds, you have an ad. Well, it’s very difficult to break through and have the news actually report that, that pharmaceutical, that they’re advertising is killing people. Or how about the weapons industry that you like to talk about?

Mike Papantonio:             That’s one of the things that people are recognizing right now.

Mike Papantonio:             That’s self-serving advertising agendas. The fact, this is startling to me, that they felt like the, the media is trying to engage in social engineering that offended, that’s offensive to them. Their point being, just give me the news. Another point was that it’s being driven, that all the media is being driven by the top 1% elite. But I, I don’t think you can put it all on the media, do you?

Farron Cousins:                  No, I, I think a lot of it has to do with, you know, people just in general seeking out information that just reaffirms what they already believe.

Farron Cousins:                  You know, the stuff they want to hear. And, and we, we do see that all the time, you know, we see it on the left, we see it on the right. People only want to know what they think they already know or something, of course, as you pointed out that the hate agenda that’s gonna make ’em angry, or that’s gonna show that, hey, this person you dislike did another bad thing. I mean that, that’s what most of all online media is today.

Mike Papantonio:             Yeah. Well, they’re, microfocused on their agenda. It’s almost childlike. You and I joke all the time, we can put up a story that this, the headlines can be cancer, I mean, is cured. Cancer is, is cured, cured last Wednesday. And we can put that story up and then right underneath the story with our, I guess, with our group of folks that follow it, we can put Trump hatred. We can put Republican hatred. We can put anything that, that, that, that falls on Trump hatred. That sh, that story will get more or as many as cured cancer. Now, why is that?

Farron Cousins:                  Well, again, people seek out the information that they think is gonna make them feel better. You know, that reaffirms whatever it is they already believe. And again, you know, it’s, it’s not just us. It’s, it’s everybody.

Mike Papantonio:             But what, watch what happens when we do that. You see, if I stand up here and even talk about the middle, here, here’s the middle position, the outrage is ridic. You know, Farron why are you doing the show with Pap? Pap, you know, you’ve turned into right. It, it’s, the problem is it’s almost a childlike analysis. I only want to eat the ice cream. I don’t want to eat the vegetables. And so, so the news is no longer the vegetables, the news is all ice cream. Here, you’re a right-winger, here’s your news. You’re a left wing progressive. We know this is all you want to listen to because apparently it’s too painful to listen to anything else. So here it is. It’s a dangerous place that we are right now.

Mike Papantonio:             We think that it’s the millennials that are doing this polarized kind of listening. It’s not.

Mike Papantonio:             Which is a big surprise. It’s the baby boomers that I swear, you know, people miss the fact, for example, that our law firm owns all of Ring of Fire and in your stories, our stories run progressive about 10 to one. But even that one story, oh God, don’t tell me something I don’t want to hear. I think it’s dangerous.

Mike Papantonio:             Yeah. Even when you do your stories that are beat the hell outta Trump, or beat the hell out of the Republicans. Again, that’s a Ring of Fire product that we, we engage in. I mean, we own, we own this. So we want 10 to one, but we want that middle story to at least get somebody’s attention to say my God, I’ve never thought about that. Very tough to do nowadays.