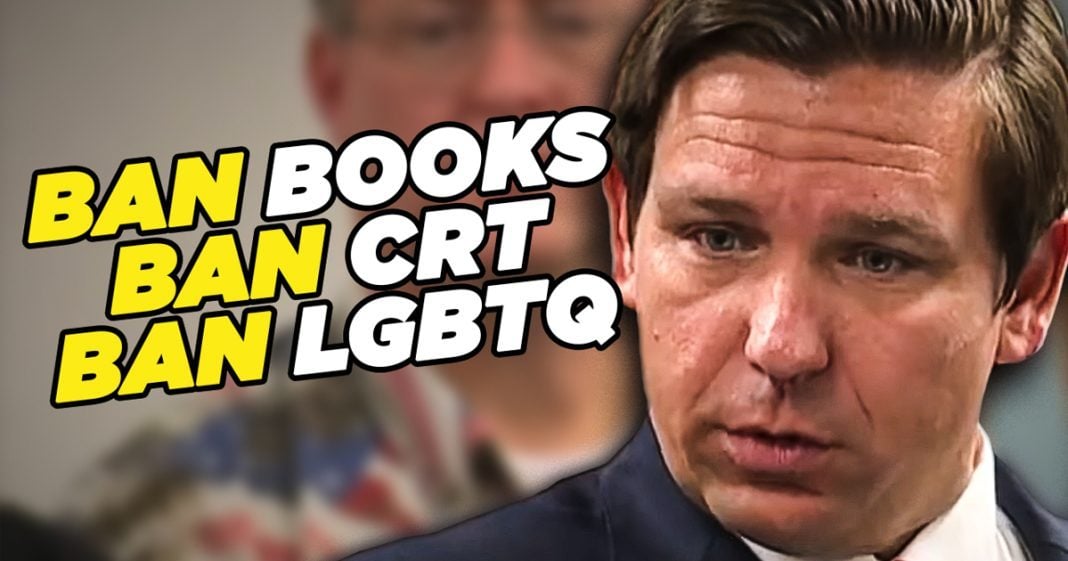 The Republican Party is winning the culture wars that they launched, and Democrats have absolutely no response to it. Mike Papantonio & Farron Cousins discuss more.

Mike Papantonio:             The Republican party is winning the culture wars that they launched and Democrats have absolutely no response to it. Wow. This, this makes me think of Lee Atwater, doesn’t it? This is a repeat of Lee Atwater. Lee Atwater was the dirty tricks guy, learned under Donald Segretti. Ran, you know, ran Bush’s campaign, Bush one. And, and in the end he was, he was really known as the dirty tricks guy. So now what he did is he went, if you remember, launched Ronald Reagan’s campaign in, in Phil, in Mississippi, in one of the most racist places in the entire country that you could launch a campaign and he was launching his, his, his, his culture campaign dealing with race and religion. Remember?

Farron Cousins:                  While you’re working your butt off at work because the Republican party, and we’re seeing a lot of this now, too, always wants to pretend that they are the party of the working class. That we’ve got your back American worker.

Farron Cousins:                  And so these people, they buy into that idea that yes, you are my party because you do care about my concerns. And you’re telling me more importantly, what’s to blame for it. Maybe, maybe it’s African Americans. Maybe it’s immigrants. Maybe it’s LGBTQ community, whatever it is. It’s always somebody else’s fault why your life is in shambles, basically.

Mike Papantonio:             Right. Here, here, generally here is what it is. It’s a polarization. The G, GOP has figured out it’s, it’s Lee Atwater relived. Okay. The polarization is centering around socialism, you know, be, be wary socialism is coming. Be wary of gays because they’re coming into your kid, they’re coming into your schools. The trans they’re coming to your schools to change the way that your children think. Same-sex marriage be very, very careful there. This, they’re, they’ve taken what I, I saw it described one time and I thought it was, I thought it was pretty accurate. They’ve taken this what they call this snowflake woke image and they’re attacking it.

Mike Papantonio:             The snowflake woke image. And they, and, and there’s no question it’s there. They have plenty to attack. But what, what people don’t understand is how dangerous it is when they start this polarization and division of all of these issues. It just, and unfortunately the American voter responds to it. Certainly, certainly the working class voter responds to it.

Farron Cousins:                  You know, and we look at polls right now. And right now on the social issues, I guess, you know, Roe V Wade, it’s a health issue, but it’s also a social issue. That’s about the only one of these things where the Republican party loses with the American public. They, they support having Roe versus Wade there. They do not support the overturning of it. But when we’re talking about all of these, you know, the trying to, to criminalize the LGBTQ community, the public actually supports those things.

Farron Cousins:                  They, they support the transgender athlete bans and the Democrats don’t understand that.

Mike Papantonio:             You see, it starts off small. And they’re talking about, they’ll take the, if you look at the right wing kind of media right now, what are you seeing? You’re seeing trans that are coming to your school kids and they’re, they’re telling your school kids that you should be like me. They’re, they’re doing that same thing with all of these issues, whether it’s gay marriage, what, whatever it is, they’re, they’re taking that and they’re doing the same thing that Lee Atwater did when he had, when it was, when it was religion and race and, and what, what he built around that was anger.

Mike Papantonio:             You see, and it wasn’t anger that anybody would even talk about. They wouldn’t say, yeah, they would not use terms like the welfare queen. You wouldn’t come out and say, yeah, the welfare queen’s taking all my tax money. But they understood that there’s a reptilian mind. The American public has a reptilian mind. And that reptilian mind is they may not say it, but they react to it. And these things that we’re talking about right here, we know they react to.

Farron Cousins:                  Yeah. And, and the Republicans are energized with it. I mean, all of these issues you’ve talked about here, this is why Ron DeSantis has emerged as basically the.

Farron Cousins:                  New leader of the Republican party, because he has tapped into every single one of this, you know, critical race theory, banning certain textbooks, making it to where you can legally run over a protestor if they’re in the street.

Farron Cousins:                  All the bad things that we see from the Republican party, Ron DeSantis has done it. But in the eyes of those supporters, who, which is the majority of Florida and a lot of the country, it’s not bad things. It’s common sense things they tell us.

Mike Papantonio:             Well, well, and the voters rep, reptilian mind means that every, every decision you make, you make, according to how does it affect me? That’s the rep, purely a reptilian mind. And so when they make these decisions, there’s no compass. They may, they may talk compassion. They, they may signal that, yeah, they have compassion for this group or that group. But when it comes down to it, these things affect that part of the brain that is the reptilian mind. And whether voters agree with that, whether they want to say, yes, it does. They’ll never say that. But at the polls, it shows itself.