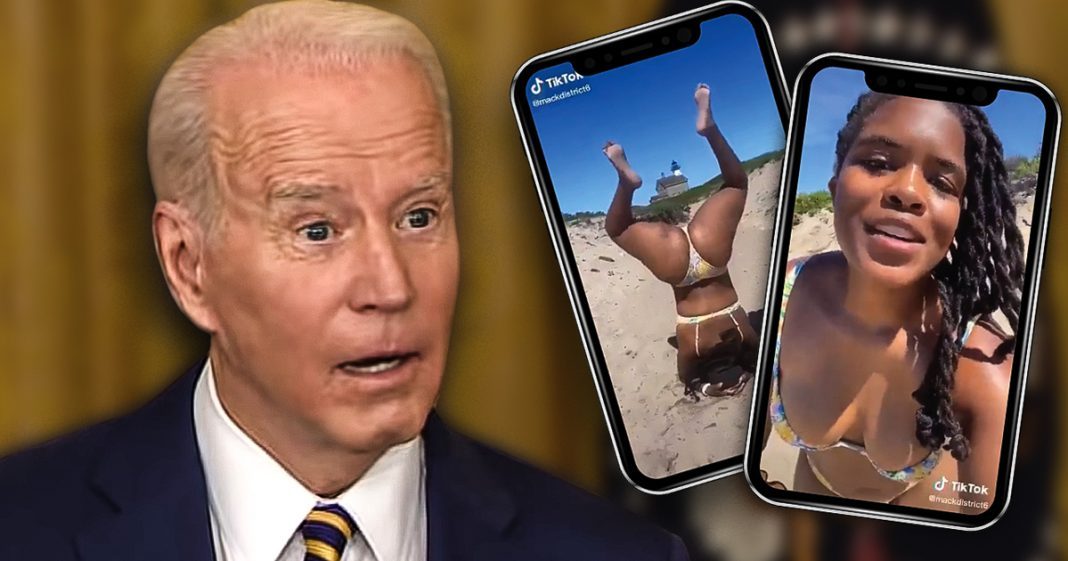 The Biden administration is turning to TikTok to appeal to younger voters, but that strategy isn’t going so well. Mike Papantonio & Farron Cousins discuss more.

Mike Papantonio:             The Biden administration is turning to TikTok to appeal to younger voters, but it’s that strategy going well? I saw this article, I kept thinking, wow. Okay. Your TikTokers, they’re not exactly his age group. You know, it’s not exactly what. I think the problem that I saw here is there’s no centralized messaging.

Farron Cousins:                  They, they are absolutely. And you know, they they’ve even brought in the people that are TikTok influencers.

Farron Cousins:                  And get all this drummed up with Ukraine. And now they’re, you know, got, they’ve got these video clips of Biden, the massive CNN report on this and they’re sending ’em out to the same TikTok influencers saying, hey, this is a good way to, you know.

Mike Papantonio:             More importantly, nobody’s in charge of the message. Used to be you’d have James Carville and Begala, Belgala. They’re kind of, they’re kind of long in the tooth right now.

Mike Papantonio:             So maybe that’s where this is coming from. As a matter of fact, what really concerns me is there’s nobody at the top saying, you can’t do this in your messaging. I, I, I took a look at this story, a video of Tiara Mack, she, Rhode Island state Senator twerking on, on TikTok and, and this thing goes viral. Well don’t you call, don’t, I mean let’s, let’s show it. Let’s show it. I mean, this. Okay. So she’s twerking running for, she’s running for Senate, state Senate in Rhode Island. And she says, this is gonna have appeal to my voters. But nobody calls her and says, you know, why can’t we, why can’t you just get on our messaging? We have better messaging than this. And I think you’re probably gonna do better with our messaging. What do you think?

Farron Cousins:                  Right. It, it’s a party in total disarray and that’s why you have everybody, I guess, trying to go at their own, coming up with new, innovative ways to reach voters, which.

Mike Papantonio:             That’s right. This is, this is part of that, that Democrat notion of what America should look like.

Farron Cousins:                  I mean, they used the dance video from college that AOC did, which was totally harmless to attack her back then.

Mike Papantonio:             Actually, I thought I was put a good video. It probably helped her get elected. I don’t know about that one though.

Mike Papantonio:             I, I’d like to be able to identify that person and say, yeah, that’s the person that should call this Senator who’s twerking and say, you know, maybe that’s not a good idea for our messaging as a national organization. That’s what I think. Farron, thank you for joining me. Okay.

Mike Papantonio:             That’s all for this week. But all of these segments are gonna be available this coming week right here on this channel. And you can follow us at Twitter @AmericasLawyer. I’m Mike Papantonio and this has been America’s Lawyer where every week we tell you the stories that corporate media won’t tell you because their advertisers won’t let ’em or their political connections don’t allow for it. We’ll see next time.