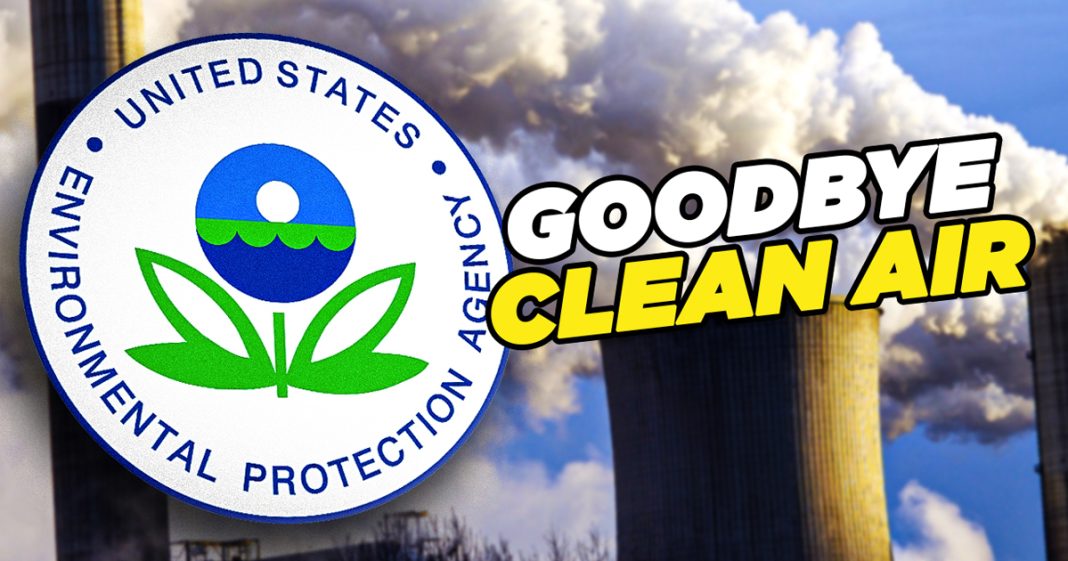 The Supreme Court’s ruling against the EPA could prove to be a disaster for EVERY government agency. Mike Papantonio & Farron Cousins discuss more.

Mike Papantonio:             The Supreme Court’s ruling against the EPA could prove to be a disaster for every government agency. Wow. We take a look at this, you take this ruling on the EPA and you say, well, it’s just really the EPA. No, it’s not the EPA, is it? The EPA is, it’s the beginning. It’s the beginning of this thing that where you, where, where what you’re doing is redesigning how regulations take place. You’re, you’re saying to regulators in general, there’s some things that you can’t regulate without the help of Congress. Right?

Farron Cousins:                  Right. Because the whole EPA ruling was, yeah, I know you want to regulate under the clean air act, these certain emissions from the coal-fired power plants, but the legislation didn’t explicitly say you could do it. Therefore you cannot do it until Congress writes the legislation and says you can. So horrible for the environment, horrible for human health. But think of the implications for OSHA, for the FDA.

Farron Cousins:                  Oh, we didn’t say you could prosecute Wall Street criminals in the legislation. So of course you can’t do that. I mean, the, the possibilities are endless about how this can be reinterpreted for other agencies.

Farron Cousins:                  Well, and the EPA had basically already ruled in this, not the EPA, excuse me, the Supreme Court had already ruled twice that the EPA did have the authority to do it before coming with this decision saying, oh wait, no, you don’t.

Mike Papantonio:             Yeah. It’s a fundamental change in the court’s position on regulation.