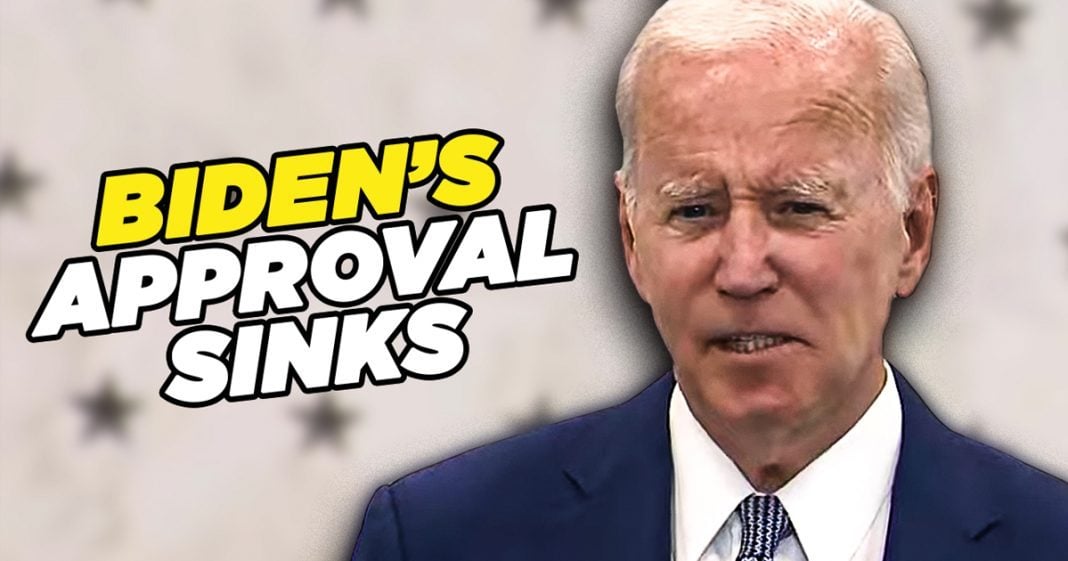 Mike Papantonio:             A new poll found that 71% of Americans believe president Biden should not run for president again, as his term ends. Okay. What’s your take?

Farron Cousins:                  I, I mean, that is exactly what this man needs to come out and say. He needs to say, listen, I’m gonna work my butt off for you for these last two and a half years. But you rest assured I understand that this has not been perfect. I’m the bridge candidate is what he should say. I’m the bridge president.

Farron Cousins:                  Yeah. And, and those are all the things he should say, but instead they’re out there reaffirming, nope, we’re running again in 2024. We see that our approval rating is, you know, headed into the thirties. You know, vice president Harris’ is even lower than that. We see that other people like Gavin Newsom poll better than this candidate right here. And they still refuse to step down. We know I’m gonna be in my mid eighties, you know, and that is a concern with a lot of these voters. I mean, what is it a third of them say that he’s too darn old to do this for another four years.

Mike Papantonio:             Right, right. What’s most interesting to me is 45% said he shouldn’t run because he’s a bad president. Okay. Now that’s important because it was only 30% that said he shouldn’t run because he’s too old. And I think that’s, I think that’s, those are very significant numbers. Only 30%, only 30% of the people that were polled said that they would even vote for him. These are Democrats, would only, would vote for him in a primary.

Farron Cousins:                  He is not a fighter. You have so many people who had supported this guy wholeheartedly from the start of the Democratic primaries that have now come out and said, what, you’re telling me I have to go fight when you’re sitting there doing nothing. Debra Messing. Right. Hugely outspoken.

Mike Papantonio:             Saw, saw an interesting article that Gavin Newsom’s dead on arrival only because he’s from California. If you had put him in the middle, middle America, yeah, he has a shot. But that, that’s something that’s interesting because I think he’s a good candidate. But if you start looking at what the problems are ahead, I think I agree with a lot of it.

Farron Cousins:                  Well, and we could end up seeing and I think this is exceptionally likely we could basically have Florida versus California. Two very large.