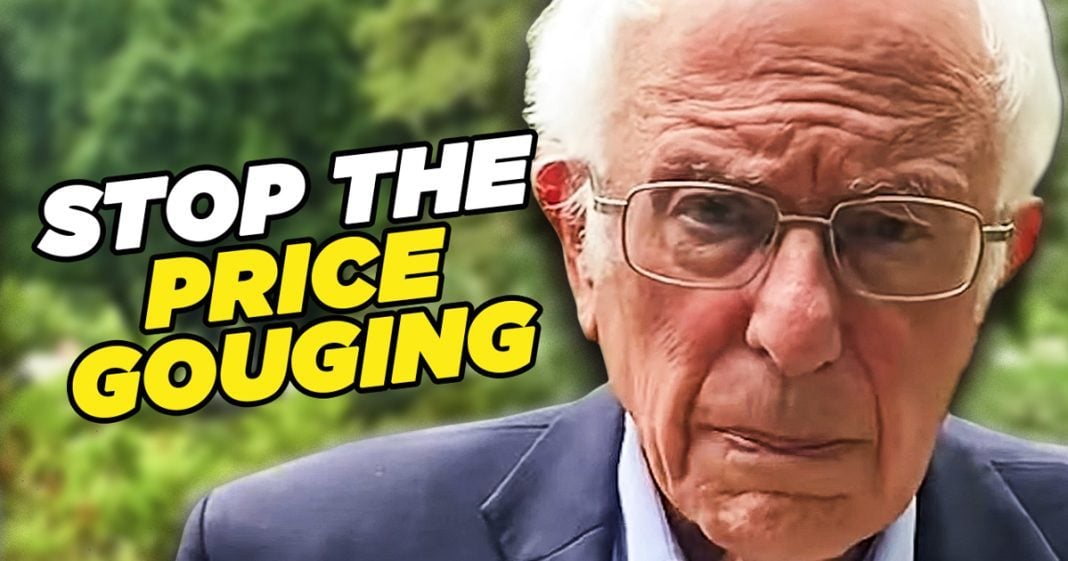 Mike Papantonio:             Bernie Sanders is renewing his calls for a windfall profit tax as corporate price gouging continues to get worse. Isn’t this what president Biden should be doing right now? Saying, hey, look, you’re making a hundred, was it 155% increase in profits over across the board?

Farron Cousins:                  Yeah. And Bernie’s windfall tax wouldn’t just be for the oil and gas industry. We’re talking about every industry across the board here.

Farron Cousins:                  And when people see the number, you know, because he wants a 95% windfall tax, people don’t quite understand what that means. Like, oh we’re gonna tax ’em 95%. No. What it means is we take their pre pandemic profit level, compare it to today. So whatever they make today that is equal to the pre pandemic level that does not get taxed. It’s everything above that level, that then would get taxed at that 95 percent rate. So, you know, we’ve talked about Tyson. Tyson is a great example. They’ve admitted, yeah, we paid a hundred billion more because of inflation, but we charged consumers 2 billion more because we can. It, it’s always that answer, because we can.

Mike Papantonio:             It, doesn’t, doesn’t a president take control of that and say, no, that’s not, that’s not appropriate. We’re not gonna let you do that. But, but the point being is Biden is talking about, hey gee, what we ought do is have a federal tax free day. Okay. Now what does that mean? It means that what we’re, what he’s doing is he’s passing this on indirectly to taxpayers because it, it rounds itself out and taxpayers pay it. The same thing where he goes with a, with the tax, the, the set federal tax excise on, on fuel. I think it’s like 18 cents, somewhere 18 to 20 cents. He says there’s discussion, well, let’s do away with that. Well aren’t we really saying, taxpayers why don’t you bear the brunt as Exxon makes an 800% increase in their profits, as all of these companies make more money than they’ve ever made. Why don’t we make taxpayers go ahead and burden? It’s, it’s, it’s all they’re doing is shifting responsibility. Aren’t they?

Farron Cousins:                  Yeah. And, and I’ve, I’ve repeatedly, you know, talked about on shows, how stupid the gas tax holiday is because do we, does everybody know what the gas tax pays for? It pays for infrastructure in the United States.

Farron Cousins:                  So we are literally saying, okay, we’re gonna sacrifice our roads and bridges and railways to save you, I think the real number is $270 a year, a year per family. But we’re gonna let these oil companies charge you 800% more.

Mike Papantonio:             Yeah. In other words, let’s let them make money and taxpayer what, what it’s, what it’s doing, it’s, it’s externalizing all the risks to taxpayers.