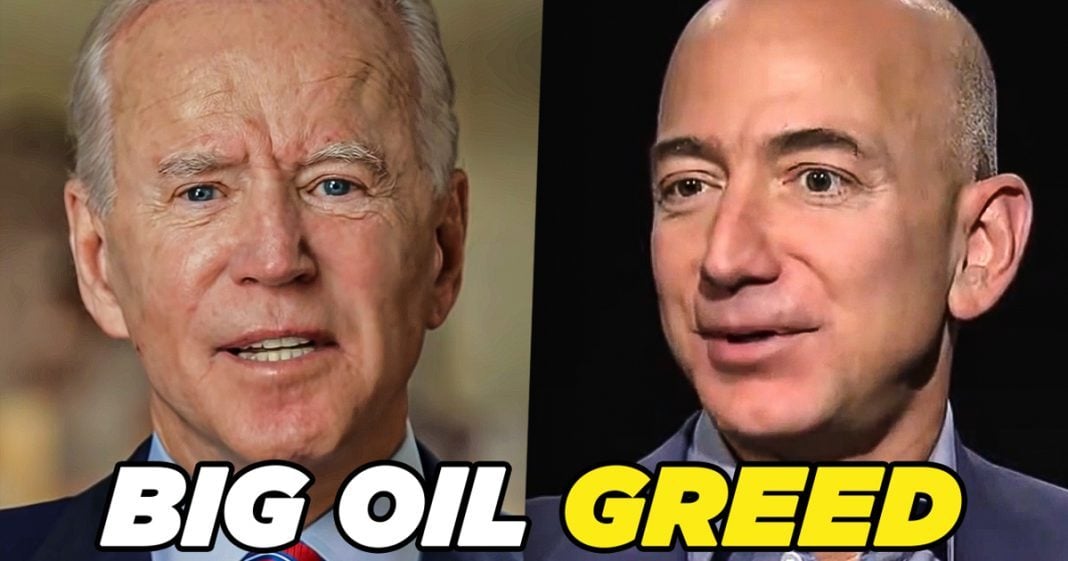 Mike Papantonio:             Amazon founder Jeff Bezos attacked the Biden administration for calling out oil company prices and price gouging and Ring of Fires Farron Cousins joins me to talk about what’s happening here. And I, I say it again and again, honestly, I follow your stories. You’re really one of the best progressive commentators in the business.

Mike Papantonio:             This story really grabbed me. It’s Bezos saying a couple of things. This is after, this is after Biden made this hair brain decision. Let’s send 5 million gallons of our reserve oil that we have for emergencies, let’s send 5 million gallons to China and other countries in Europe. And that’s with this idea, we’re always supposed to have 700 million gallons of reserve oil. It’s been depleted big, big time. So Bezos is saying, you, you gotta fix this man. You, you don’t understand global policy and you’re maybe out of your league where it comes to fixing a problem like this.

Farron Cousins:                  Well, you know, and, and Bezos of course, weighing in more and more on politics, just kind of leads me to believe this guy may be somebody to watch out for, for a future presidential run.

Farron Cousins:                  And yes, the price of oil is, is over a hundred dollars per barrel. It’s coming down slightly. Gas prices of course, of, in the past week and they’ve trended down about 25 cents national average. But the gouging is what’s really at the heart of this because we have no controls in place at all on what oil companies can do to us.

Mike Papantonio:             I mean, it’s like something’s not connecting with it. And that’s what Bezos is saying. He’s, he’s saying you are a nut case who doesn’t understand economic policy and you, you have no business making decisions you’re making. That’s, that’s, it’s heavy criticism coming from Bezos.

Farron Cousins:                  It, it really is. You know, because Bezos is a guy that always avoids, you know, taxes, whatever he can at any given opportunity. So there is some truth to it, obviously that yes, we, we’ve got bad politics at play here. Biden should not be going around to Saudi Arabia, one of the biggest human rights abusers on the planet and saying, please we’ll do whatever it takes. Give us your oil.