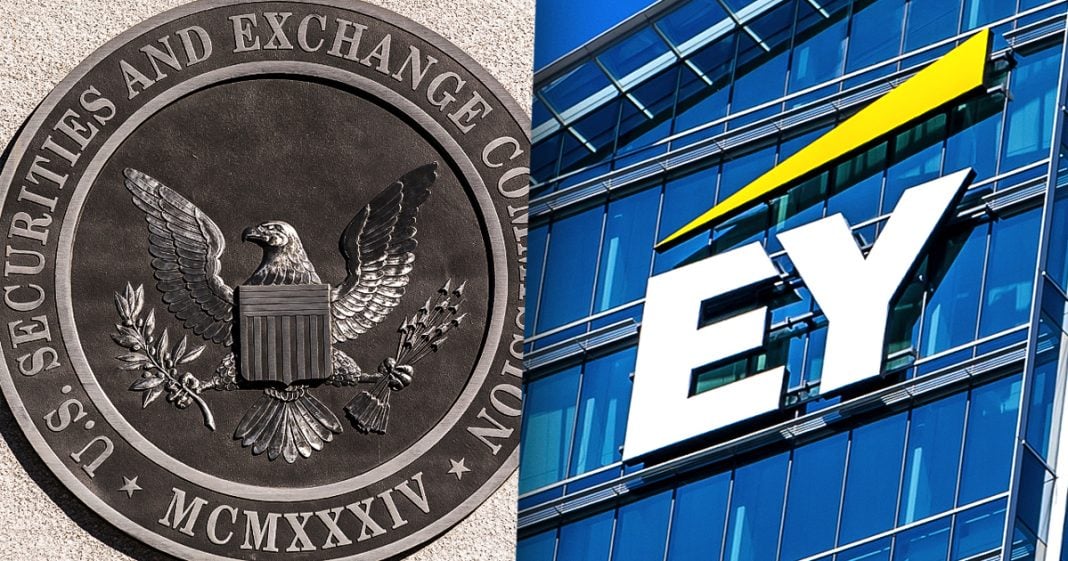 One of the largest accounting firms in America was hit with a massive fine after it was revealed that they had their accountants cheat on their exams. Mike Papantonio & Farron Cousins discuss more.

Mike Papantonio:             One of the largest accounting firms in America was hit with a massive fine that was revealed that they had their accountants cheat on their ethics exam. I had, I, I swear to you, I read this article, this is a CNN article, and I had to read it a couple times. I thought what they were talking about was that they were cheating in the way that they evaluated the ethics of other corporations, which is what they’re supposed to do. But no, they cheated on their own ethics exam. Pick it up from there.

Farron Cousins:                  Right. You’ve got Ernst & Young, which again, one of the biggest accounting firms here in the United States turns out that they have had countless people that work for them to get their, you know, CPA license to be able to do the auditing of these other companies that were cheating to get the license.

Farron Cousins:                  So you’re basically hiring these people who clearly were not smart enough to, to, to pass their exams on their own, clearly not qualified to do this, but Ernst & Young knew these people were cheating, possibly even encouraged it.

Mike Papantonio:             They encouraged IT. Matter, matter of fact, KPMG, which is another huge accounting firm in 2019 were caught for the same thing. And what they were doing was actually telling them how to go about cheating. Ernst & Young was doing the same thing. Ernst & Young comes out and says, well, there’s nothing more important, this is their words, as disgusting. This is a spokesman for Ernst & Young. There’s nothing more important than our integrity and our ethics. And we’ll stand behind our conduct all the time. This is what they say. And they know that the people that are out supposed to be auditing other corporations and saying is what this corporation is, what they’ve done, first of all, is it legal? Second of all, is it ethical? These are the people making that decision. The people who cheat, who cheated on their ethics exam.

Farron Cousins:                  It’s pathetic because they knew what they were doing. They got away with it for as long as they could. Now they just have to pay the cost of doing business.

Mike Papantonio:             I mean, it’s, it’s not even a question. You would have your license taken away. Why, why wouldn’t they do that here? What’s different with Wall Street it is, is than the way the ABA treats their attorneys. Take their license away is the, is the answer here.