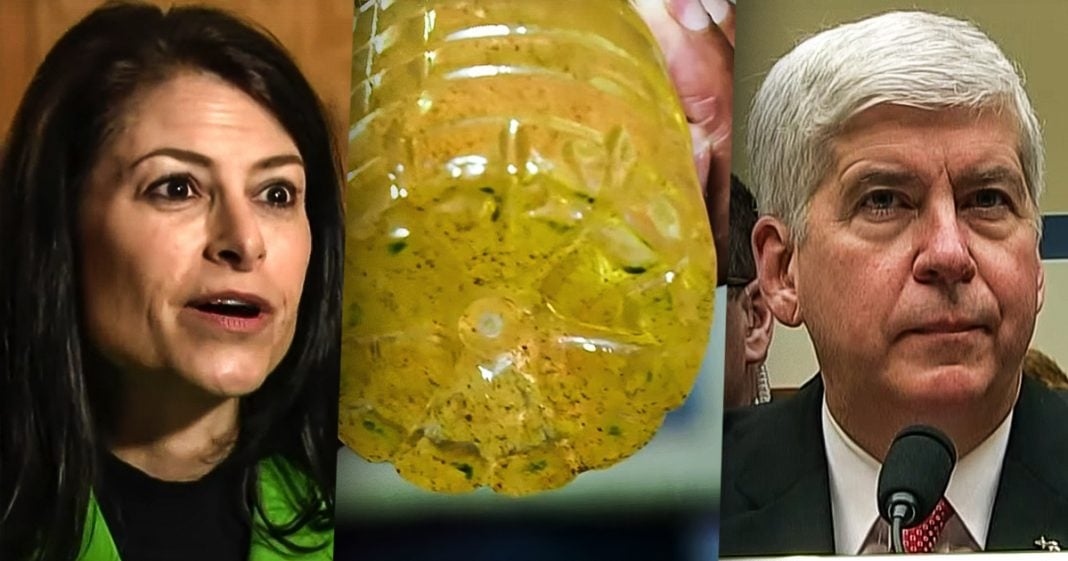 Mike Papantonio:             Criminal charges against the officials responsible for the Flint water crisis were thrown out by the Michigan Supreme Court last week. And I have Ring of Fire’s Farron Cousins with me to talk about that and many more stories. Wow. What a disappointment, huh?

Farron Cousins:                  You know, this is an issue I, I’ve talked a lot with Jordan Chariton who’s one of the investigative reporters, pretty much has been on the ground in Flint more than anybody else. He’s done a fantastic job. We had a conversation earlier this year.

Farron Cousins:                  Where he mentioned that Dana Nessel, this new Democratic attorney general was basically attempting at the time to kind of throw out.

Farron Cousins:                  All of this, almost like it was something she didn’t want to deal with whatsoever. And so, because of that, they, I think intentionally, I mean, I’m gonna assume it was intentionally. I can’t, you know, say for sure, but it seems intentional that they botched these indictments to the point where the court really had no choice but to throw them out.

Mike Papantonio:             Well, I mean, come on. First of all, Nessel, everybody thought she was gonna be the local hero. Well, she turned out to be just another villain. I mean, as a matter of fact there, what, when she came into office there were 15 state politicians that were involved in this and she made all those cases go away, 15. Then she appoints a single one person to say, this is the grand jury. Now granted some places, you know, it’s, it’s at least information that you can take to a real grand jury. You talk to one, that information goes to multiple grand jury, but here they brought the case and one person was, was the grand jury. And she knew what the flaws of that were. She knew what the Supreme Court of this state was gonna do. Any doubt?

Farron Cousins:                  No, absolutely no doubt in my mind that this was all intentional, because one, we’re talking about political prosecutions here because we’re dealing with politicians.

Farron Cousins:                  But these are politicians that made decisions that killed people. They killed them from Legionnaires. They’ve, you know, essentially crippled an entire generation with lead poisoning.

Farron Cousins:                  You have the emails, you have the text messages, the phone calls, all of this was on record. These officials, you know, a lot of Republicans, some Democrats, but all of them making these decisions knowing people would die and she botched it.

Mike Papantonio:             Yeah. The, the term, the term is willful neglect of duty. Okay. This, there’s a statute there. Most, most states have a statute like this. It’s where the conduct is so bad that it, they, the conduct in this situation, it wasn’t that they just, it wasn’t that they didn’t know. It’s once they got the information, they tried to phony it up. They tried to cover it up. They tried to save themselves. They, they even destroyed data. They destroy, they destroyed information that shows how bad, how bad a job they did on this issue. The, this is infuriating. This is one of the state employees. State employees should not be prosecuted or demonized for just doing their job. Did you see that?

Mike Papantonio:             I mean, really just doing their job. They killed nine people from Legionnaire’s disease. As you point out, they have affected an entire generation with lead poison.

Farron Cousins:                  I mean, look, you, you go up to bat against some of the biggest, you know, polluters, the biggest pharmaceutical companies in the world. If you had the kind of documents that she had on these people, that’d be a slam dunk case for you. You could walk in and they wouldn’t even know what hit ’em because it was so glaringly obvious. And yet, in this case, it takes a certain amount of just, I’d say willful neglect of your duty as attorney general.

Mike Papantonio:             Yeah. Again, it comes back. She knew with, if you have a one, a one person grand jury, that’s gonna go real bad, real fast. But it was political paybacks for her. She was going after Snyder, who was a Republican, not a great Republican, by the way, not even a great politician, by the way, not a very kind person, by the way. But she was going after him. She was Democrat. And then rather than just playing fair, just say, let, let’s let the system take care of itself. Let’s, let’s do this straight up. She appointed a one person, one person grand jury, acting like she didn’t know where that was gonna go.