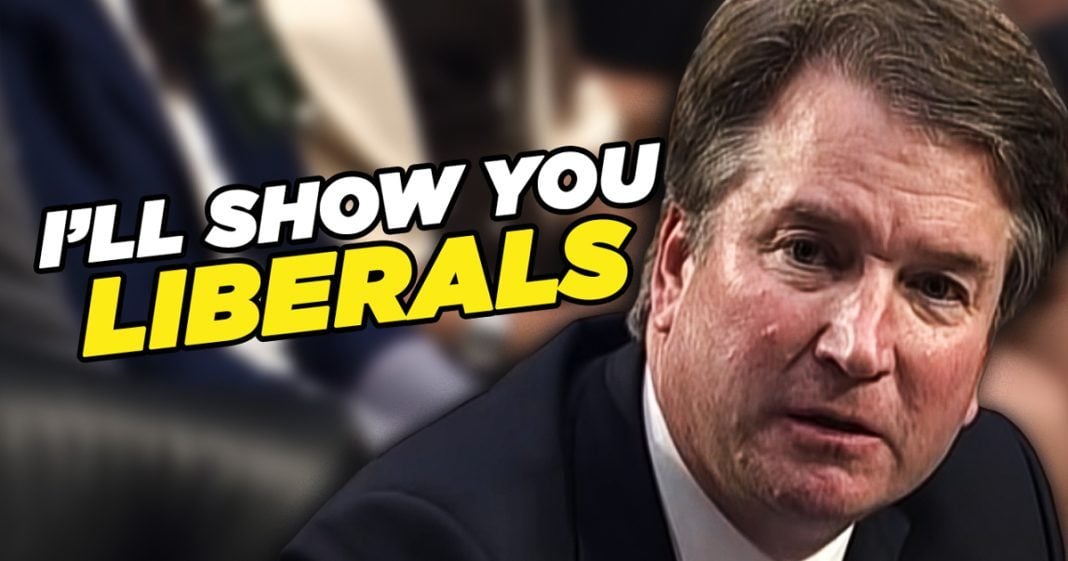 A majority of Americans say that it is time for term limits for Supreme Court justices. Mike Papantonio & Farron Cousins discuss more.

Mike Papantonio:             A majority Americans say that it’s time for term limits for the Supreme Court. This ties right into what I’m talking about. As you watch this discussion, rather than, look, there are so many great reasons to talk about this being a bad decision, but it doesn’t start off with let’s do away with this Supreme Court. Let’s start a super majority requirement for the Supreme Court. You see the problem there, right?

Mike Papantonio:             It’s just, who’s in power at the time. Right now, it’s the Democrats and they, this would be good for the Democrats in their mind. A, it’s never gonna happen. B, all it does is creates this possibility that if it does happen, the next party that’s gonna be in charge are gonna be the, gonna be the Republicans. I don’t, I don’t get that logic.

Farron Cousins:                  And, and I think a lot of these members of Congress who have literally no idea who they’re talking to on any given day, according to reports, they’re a great argument for term limits.

Farron Cousins:                  And this is where the country needs to go. And I’m glad we’re finally starting to see people wake up because yeah, you’ve got, I mean, Clarence Thomas was appointed by George H W Bush.

Farron Cousins:                  On that court. And time’s up, buddy. And you got a lot of other ones too that have just been there for far too long. They hang on for too long. And most importantly, they lose touch with what actually happens in the real world. And to me, that’s the biggest problem, not just with justices, but with the politicians, too.

Mike Papantonio:             Articles that are coming out and they make a lot of sense to me, if you’re a Supreme Court judge, you’re Kav, let’s say you’re Kavanaugh. You have been attacked while you were going through the process, justifiably so on a lot of issues. You’ve had now this, this outcry about, you know, it’s okay to, I mean, he had his family at risk. You understand that the man’s family was at risk by some leftwinger who believed it was a good idea to go carry a gun and threaten the family. With, with Thomas right now, whether you dis, whether you agree with them or not, I’m not even talking about, do you agree.

Farron Cousins:                  No. I mean, you’re absolutely right about that. And look, we got an interview from the New York Times from 1993, where Thomas’ clerk said his goal because what he went through during his confirmation, his goal was.

Mike Papantonio:             That’s my point. And so you’re a Supreme Court judge, whoever, whoever you are, you know, whether you’re Gorsuch, Kavanaugh, it doesn’t make any difference. You’re under this attack from the left. How can you not get to the point to where you hate them so badly that every chance you can take, everything you can do to shut ’em down, you’re gonna do? I don’t know, I don’t know a living breathing human being that this doesn’t have an effect on. And I don’t know why people don’t see that.

Farron Cousins:                  You know, we, we’ve never actually impeached a Supreme Court justice here in the United States, at least not impeached and removed. So they know that, look, I can do whatever. I cannot recuse myself.

Farron Cousins:                  I can sit here and just basically tell you, yeah, I’m only doing this because I hate you and nobody’s gonna stop you. And that to me is one of the best arguments for term limits.