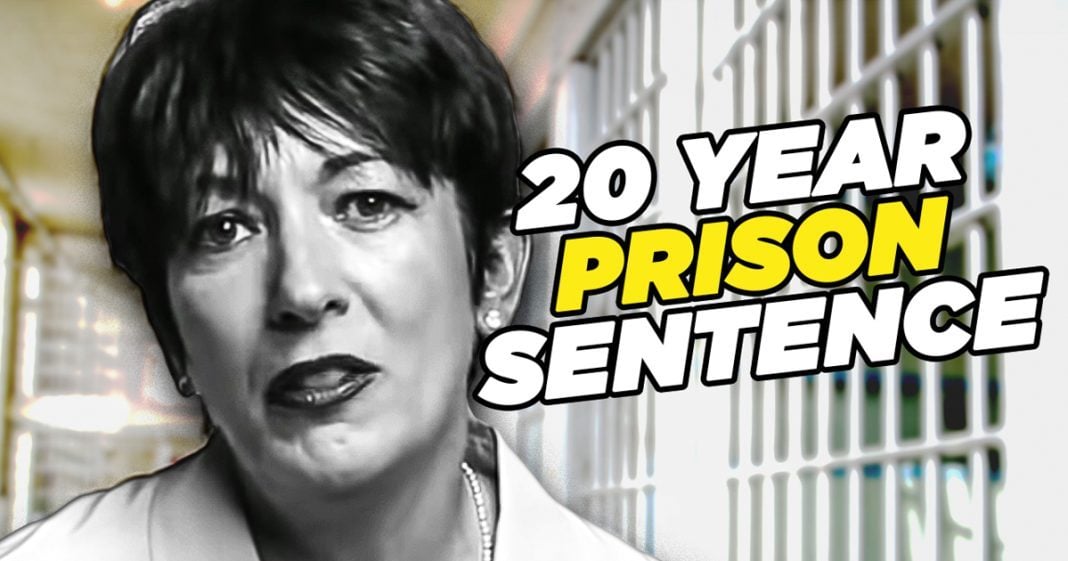 Ghislaine Maxwell has been sentenced to 20 years in prison for her role in Jeffrey Epstein’s sex trafficking and prostitution operation. Mike Papantonio & Farron Cousins discuss more.

Mike Papantonio:             Maxwell, well, she’s been sentenced to 20 years in prison for her role in the Jeffrey Epstein sex trafficking and prostitution operation. You know, I, I gotta tell you something, this, there is nothing, nothing would just, you look at this woman sympathetically about. And I think the, the people that appeared in court, she was described as a manipulative, cruel, manipulative, cruel, merciless monster. Okay. Of course, that’s not what she’s projecting now. The, the, her lawyers are projecting, oh, the poor thing. Her daddy was killed when she was a child. She was abused as a child. There’s so many things we need to forgive her for. No, not really. She was, this is, she was involved in extensive child exploitation. She got 20 years. I wish she could have gotten more.

Farron Cousins:                  I mean, the trauma these, these women carry with them now forever for eternity, for also not giving us the names of every single person that used these women. Because to me, that’s the part of the story that has to get told. I don’t even care how we get it out of her.

Mike Papantonio:             Yeah. You know, Farron, I, I loved what this judge did. This is judge Alison Nathan, did the sentencing. She did the calculation. She says, well, if I calculate, I’m gonna, she was up front. I’m gonna calculate the worst I can do. And then I’m gonna add some to it. So she calculated between 15 and 19 years. And she says, you know what? That’s not enough. I’m sending you away for 20 years. And I, I, I think it was exactly what had to happen. You know, I’m, I’m actually seeing the media soften up on this woman, like the poor pitiful woman. She was a manipulative, cruel, merciless monster. That’s the way she was described by the people who came to court and said, look, you took my child, okay, who came from a broken home. Who, you enticed them with a hundred dollar, a hundred dollars here, a hundred dollars there to give Mr. Epstein a massage, and then involved, in, involved the children in some type of sex act. You did that. And you, you know, you, you, you, you preyed on these children who were, some of ’em were runaways. Some of them were just coming from an absolute poverty. But they came, a lot of ’em came from broken homes. They were just, she, she would target these victims. She’s the worst of the worst where it comes to predators.

Farron Cousins:                  Right. One of them told the story about how she was just a young girl at Mar-a-Lago of all places and Maxwell is the one who approached her, manipulated her, recruited her. And she told that story in court. And she said, there is there’s no, this woman has no redeeming qualities.

Mike Papantonio:             She would put up this veneer, look, this isn’t so bad. You know, go in there and have sex with a guy. He’s gonna give you a hundred dollars and you go home and finally you can pay for stuff that you can’t buy because you’re, you’re living in poverty. This is, this is awful, awful story. Is she, is she gonna pull through or is it gonna be another Epstein story?

Farron Cousins:                  I, I hope she does because we have to have those names. I hope that she has some kind of contingency where maybe she’s written ’em down somewhere.

Mike Papantonio:             That’s all for this week, but all of these segments are gonna be available on this coming week, right here on this channel. And you can follow us on Twitter @AmericasLawyer. I’m Mike Papantonio and this has been America’s Lawyer where every week we tell you the stories that corporate media won’t tell you, because their advertisers won’t let ’em or their political connections just don’t allow for it. We’ll see you next time.