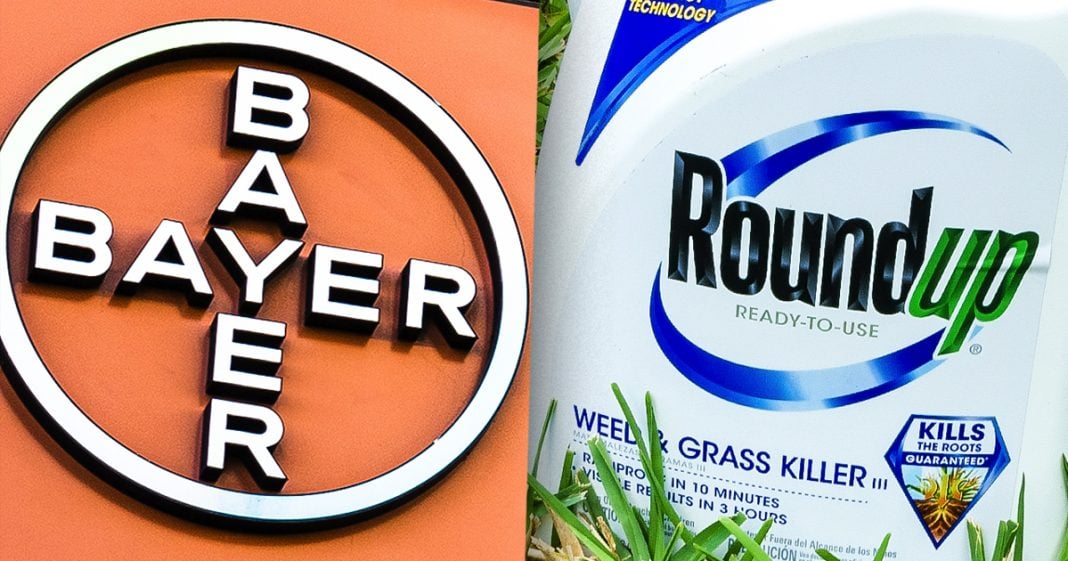 The Supreme Court says that Bayer can’t escape liability for the people injured by the popular weedkiller Round Up. Mike Papantonio is joined by journalist & podcast host, Rick Outzen, to discuss.

Mike Papantonio:             The Supreme Court says that Bayer can’t escape liability for the people injured by Roundup. Now this first of all, to begin with this is a company, this is Monsanto that was sold to, to Bayer.

Mike Papantonio:             Who, whoever the numb nut was who bought this company. I mean, I hope that person’s been fired and ever, they never worked for the corporation again. They were advised, Bayer was advised to go in and buy Roundup. That was after three major lawsuits had determined that A, the folks, that Monsanto had been lying and phoning up rat studies. They knew that the, they knew that the, the product would cause non-Hodgkin’s lymphoma.

Mike Papantonio:             The information was overwhelming and some, you know, some CEO says, hey, looks like a good idea. We’ll go buy this company.

Mike Papantonio:             He actually had his attorney general do something real significant, which is go before the Supreme Court and say, you know, you should not accept this review. We have all the information we need to understand this is bad, bad stuff. We know glyphosate is killing people all over the world. And, and, and I’m gonna send my attorney general to say, this is a bad idea. Now, Trump, just the opposite. Trump said, no, we oughta, you need to hear this. We need to protect Monsanto. We need to protect Bayer. Now listen, W H O had come out in, 10 years ago now, came out and said, this is bad stuff that’s killing people all over the world in third world countries because we were telling the world, hey, without Roundup, without glyphosate, we’re gonna have a food, food shortage. W H O came out and said, that’s a lie.

Mike Papantonio:             I took five major depositions before, even before the, the first one went to trial. And what we saw was that the, they’re masters of putting their people in important political positions. Matter of fact, they were so good at it that they had, they had three people that were basically running the EPA. They had people in the White House that had come up through the ranks and now were advising Trump about this and that dealing with the product. They were masters of doing that all the way down to the state level. So it doesn’t surprise me. It wasn’t just Mississippi that did that, by the way, there’s about, there’s about 14 states that jumped on the Monsanto bandwagon and said, hey, this is a great idea. That all the information showed that this company knew, knew 50 years before they were selling it, that it was killing rats with and they understood the science. It was non Hodgkin’s lymphoma.

Mike Papantonio:             They phonied it up, they covered it up. And here’s where it really gets ugly. The EPA knew it and they bought into it anyway.

Mike Papantonio:             It’s a latent cancer, non-Hodgkin’s lymphoma. You may be exposed year one and may not have any symptoms for five or six years beyond that.

Mike Papantonio:             So that’s what they, they need to be worried about it. They shouldn’t put the product on. The people who did it should be prosecuted.

Mike Papantonio:             They should be perp walked. And unfortunately, we don’t do that to people that are dressed up in suits.