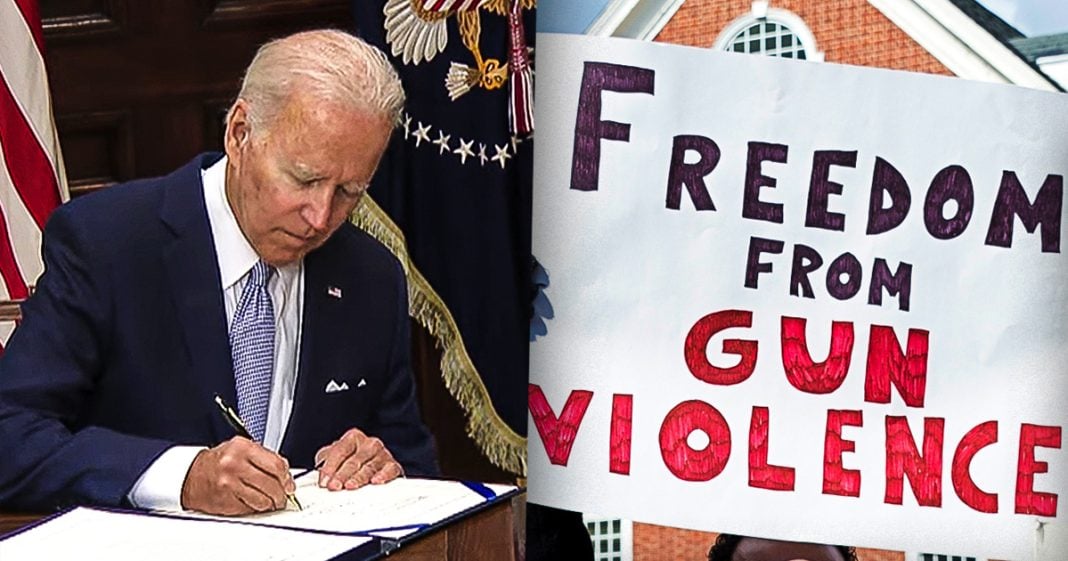 President Biden has signed a historic gun bill into law – with many wondering if the legislation will actually help curb gun violence. Mike Papantonio is joined by journalist & podcast host, Rick Outzen, to discuss.

Mike Papantonio:             Because with the red flag law, a, an agency has the right to go into your home and confiscate your gun if you have reason, if you’ve given them reason to do it. Like wife beaters or somebody that’s gone.

Mike Papantonio:             Domestic violence, or they’ve shown they’ve been on the internet and they’ve said things on the internet that should scare the bejesus out of all of us. The red, the red flag law is important. This idea of being, of saying to a 20 to somebody who’s under 21, we’re not gonna just let you walk in here and walk out with an AR 15. We’re gonna look at this for 10 days and we’re gonna find out, is there anything you’ve done on the internet? Is there anything that you’ve done that should cause us concern that looks like mental health, or it looks like criminal activity? I think, look, it is a start. And it’s tough in, it’s tough in the, the, the gun trafficking law.

Rick Outzen:                          Right. That was the other point they brought up in that you can’t go out and buy a gun for someone else, which we’ve seen happen in some of these cases. The other thing it does, it does close that boyfriend loophole, where in these domestic violence situations, you had to be married or part of the family for that to, to take place. Now it sort of closes that loophole, which is, it is a positive. And, you know, to get 15 Senator, Republican senators and 14 congressmen to step in favor is, you know

Mike Papantonio:             But it’s a start. It’s a good start. You know, the part of this story that’s so interesting is this, the gun trafficking. You know what goes on in Chicago, LA and New York, the traffickers just take droves and droves of guns and they empty them. This weekend, what 51 people shot in Chicago.

Mike Papantonio:             In Chicago. Nobody seems to care that 35, 40 people get shot every week in Chicago. Same thing goes out in places like LA and New York. And, and there’s nothing being done about it because if you think about it, the numbers of guns moving into those key areas are it’s, they’re being trafficked, knowing that it’s gonna be used for gun violence gang on gang.