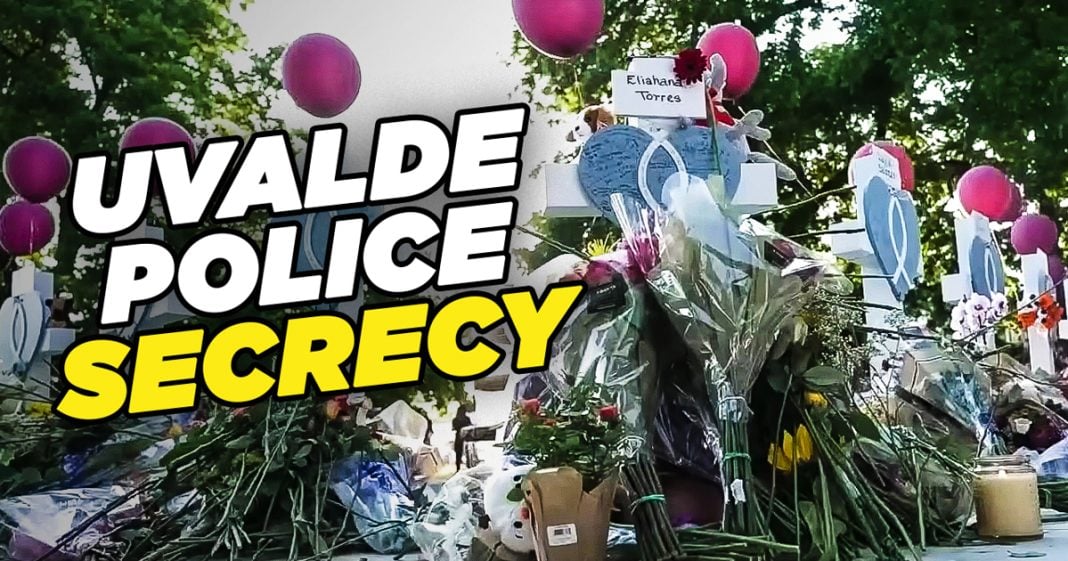 The Uvalde police department is fighting hard to keep body cam footage from the day of the Robb Elementary School shooting hidden from the public. Mike Papantonio is joined by attorney Michael Bixby to discuss.

Mike Papantonio:             The Uvalde police department is fighting hard to keep body cam footage on the day of the Robb elementary school shooting, hidden from the public. Wow. Okay. Here, here it is. They’re being, they’re being sued obviously. The, the, the police officers that, that were supposed to be in charge of saving these kids, 19 officers, 19 officers waited outside the school fully armed while all this was going on, while children were, were, were saying 9, you know, calling 9 1 1.

Mike Papantonio:             Yeah. Literally they came out and said, we, anybody would be embarrassed for, to have 19 police officers. Who in the hell would not have rushed in just like the fellow that ended up doing it? You know, 19 police officers out there and they can’t make a decision on how to handle the problem. So here’s what I really love about, about their, their answer when you take a look at it. They say, it’s going reveal the methods that we use to fight crime. Literally, that’s part of their, they’re gonna say, if we were to disclose this, this is gonna reveal the techniques that we use to fight crime. It’s gonna show, it’s gonna show all of these tricks that we have to fight crime. So we can’t release this. Also, it’s gonna cause distress to our employees once they understand what really happened.

Michael Bixby:                    How shameful we were. We’re gonna be in fear for our physical safety. I mean, it, the, the juxtaposition between children being murdered and the failure and allowing that to happen, versus you saying I’m gonna be uncomfortable. This is a conver, I mean, unquestionably, this information has to come out.

Mike Papantonio:             There’s no judge that’s gonna grant this. I, I don’t care. Even in Texas, even with a Texas judge, the Texas good old boy judge is not gonna grant. This is most outrageous kind of response.