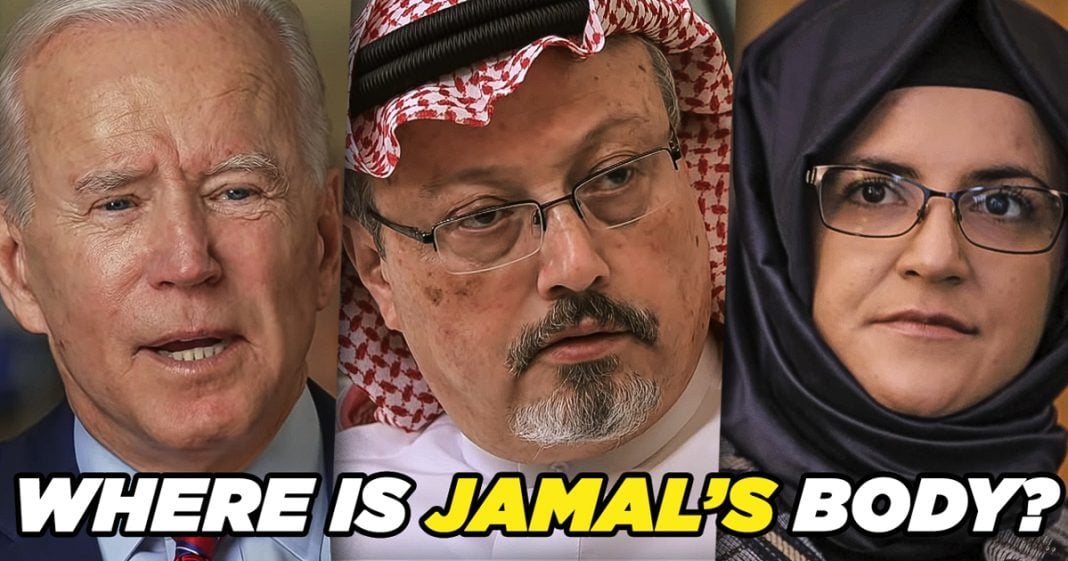 The former fiancée of Jamal Khashoggi wants President Biden to ask Saudi Arabia an important question on his upcoming visit – Where is Jamal’s body? Mike Papantonio is joined by attorney Michael Bixby to discuss.

Mike Papantonio:             The former fiancée of Khashoggi wants president Biden to ask Saudi Arabia an important question on his upcoming visit. Real simple question, where are the pieces to my husband’s body? That, that, that’s a horrible thing to have to ask, but that’s the question she has. She says, look, if, if, if president Biden goes over there groveling and begging on bended knees for something, maybe mention that I might, that this guy that you were so critical of the prince of Saudi Arabia, maybe ask that guy that you called a pariah, by the way, before you were over here groveling, ask him where the parts to my husband’s body are today.

Michael Bixby:                    Yeah. That’s awful powerful, Pap. And, and, and if you’re Biden, I think he’s in a tough spot because he’s very clearly, I mean, it wasn’t, he didn’t equivocate. He said it is pariah. We will bring ’em to justice. We’re going to hold them accountable. We’re gonna do something different because Trump failed here too. There’s no question. Trump and Trump, Trump was all over Saudi Arabia.

Michael Bixby:                    And that was embarrassing. But yeah, what, what happened here is they got caught. That was the only difference is that if you think that this is the one exception, the CIA concluded with regards to him, that this was something, this was directly an order from the crown prince.

Mike Papantonio:             The real question, Michael, you realize there’s questions whether he was even watching it because they had the TV set up. Now this, this freak, this maniac, that is just nothing but a despot, you know, just a dictator over there. There’s no, he has no right to even sit there. It’s like, they proclaimed one day that I’m gonna take all this land. I’m gonna take all these oil rights. Who in the hell says, yeah, you can have? But that’s how the family’s grown, you understand?

Mike Papantonio:             It’s just, we’re in charge. Nobody put us in charge. We’re in charge. And they’ve been in charge for all these generations. When, when Biden came out and said, look, I’m gonna make him pay the price. Remember he was running for president, all that tough talk. He was saying, criticizing Trump, who should have been criticized, but saying, when I’m in charge, they’re gonna pay the price for what they’ve done.

Michael Bixby:                    Yeah. How much you wanna bet that we don’t, we don’t see a strong Biden who’s, who’s criticizing that, bringing this up, addressing this issue, for something where again, they convicted multiple people, Saudi Arabia convicted them, and then commuted the sentences.

Mike Papantonio:             Well, you know what? There’s right now, as we speak they’re teetering, does he go, doesn’t he go? You know, don’t go. I mean, don’t go. The idea of expedience over values just doesn’t fit a president.