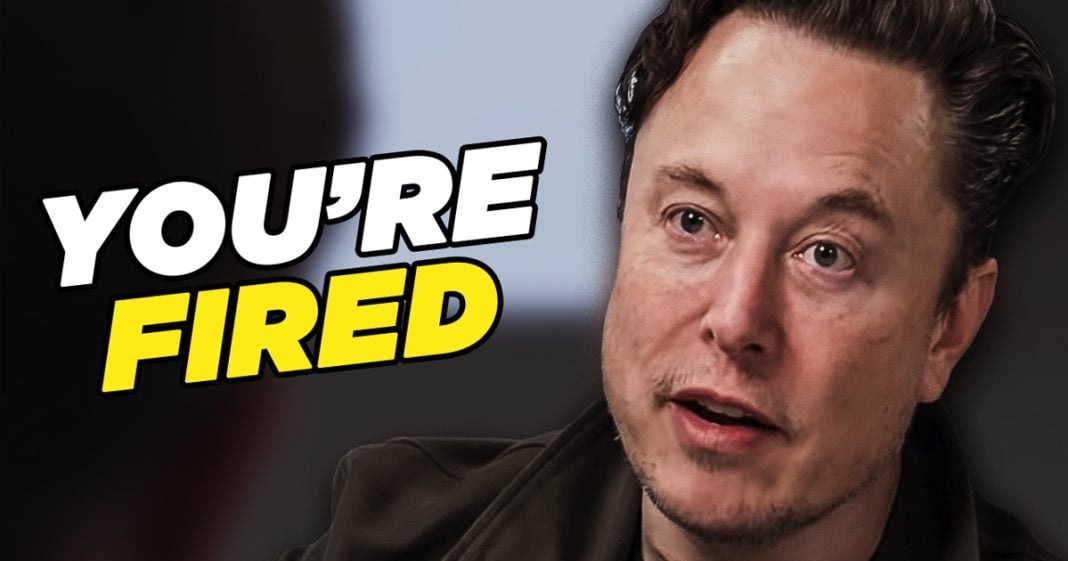 A group of SpaceX employees have allegedly been fired for criticizing Elon Musk in a letter to the board of directors. Mike Papantonio is joined by attorney Michael Bixby to discuss.

Mike Papantonio:             A group of SpaceX employees have alleged that they’ve been fired for criticizing Elon Musk in a letter to the board of directors. Now I gotta tell you, I saw this, I saw this story and I got to thinkin’, what numb nut would not believe they’re gonna get fired if they send out a letter. They, they sent out thousands of these letters just across the board saying, will you sign the letter now? Whether they’re wrong or right, you know, they have a right to criticize him, but they also need to understand he has a right to fire ’em. I mean, what kind of bonehead says, yeah, I’m just gonna go do this and then expect no ramifications from it?

Michael Bixby:                    Right. Talk about burying your head in the sand and I think you’re exactly right. It’s a private company, Pap. So you’re talking about, I mean, and you could say, we think the law should be this or that, but the reality is if you go and bite the hand that feeds and here clearly Musk is the hand that feeds with SpaceX, that’s of course, that’s what’s gonna happen. And, and, and, and, and I, now that being said is, honestly, this tells me a lot about the company.

Michael Bixby:                    Because I think that there’s a couple of responses they could have. I think, yes, you can, you could criticize the SpaceX employees and say, well, you knew you were gonna get fired and if you didn’t, you were just completely ignorant. But, but SpaceX’s response is not very encouraging, which maybe isn’t a surprise if you followed.

Mike Papantonio:             Well, as you said, it’s a privately held company, Michael. This isn’t a, I mean, that, that’s what, that’s what’s so amazing about. Matter of fact, the people who didn’t sign it say exactly that. They said what in the, their own employees are saying, well, of course I didn’t sign it. It sounds like a childish tone deaf thing to do. You know of, look, there’s no question, they have the right to criticize. But then to come out and say, we’re victims, because I’m not under contract. If they’re, it’s a non-contract state. Musk can fire as many of them as he wants. But to say you’re surprised by the idea that they, they said that he was an embarrassment to the company that the whole Twitter, the whole element of what was going on with Twitter was an embarrassment to them. And they’re talking about the guy who gives ’em their paycheck. Any surprises there?

Michael Bixby:                    I think that there’s legitimate concerns there. But you say, hey, read the room a little bit, in the way you get ’em addressed, or is there a better way to address a toxic environment than that? Yeah. The end result was always going to be those people getting fired.

Mike Papantonio:             Yeah. It’s just like, they it’s like a bunch of tone deaf boneheads that don’t understand it’s gonna happen. No question. They said, we need to reign him in. Yes. Maybe that’s the case. But expect the consequences. There was other ways to go about doing it.