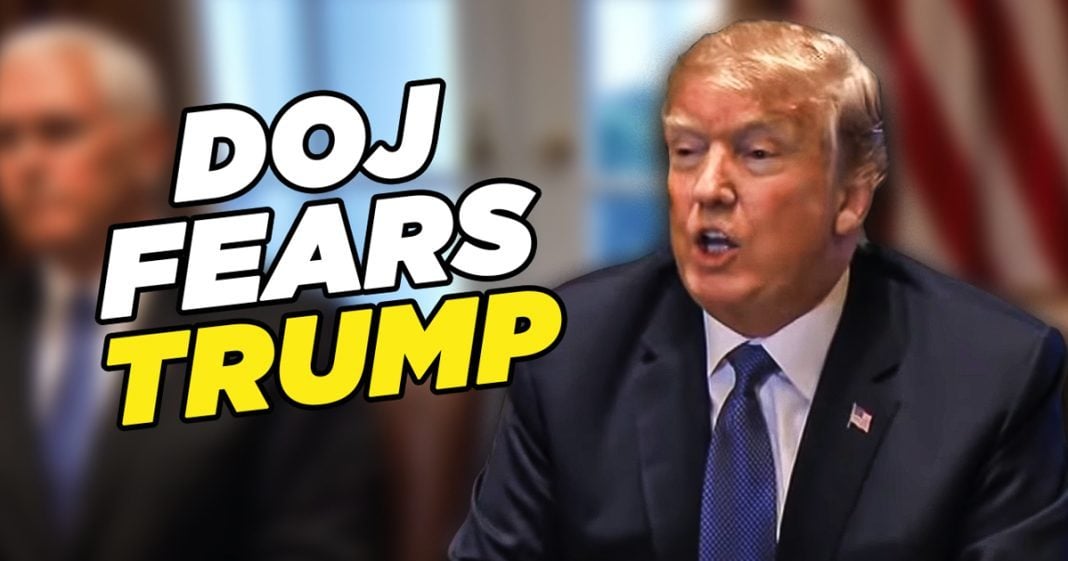 More and more Americans are blaming Trump for the Capitol Riots, but that doesn’t mean a prosecution would be a slam dunk – far from it, actually. Mike Papantonio is joined by attorney Michael Bixby to discuss.

Mike Papantonio:             More and more Americans are blaming Trump for the Capitol riots, but that doesn’t mean a prosecution is gonna be slam dunk. It’s actually far from it. If you talked, if you follow the comments of anybody following the details, and frankly, I haven’t followed the details, I watched parts of it. I watch reruns of things. I try to figure out what’s really going on. It’s very clear that these hearings need to take place because this has, this has significant ramifications. But is Trump going to be prosecuted with, with, with, with Merrick Garland, with this Department of Justice, is he gonna be prosecuted?

Michael Bixby:                    And it’s an incredible question, because obviously you have, you have Garland who, you know, was potentially going to the Supreme Court and, and maybe got shafted by most, by most accounts.

Michael Bixby:                    But I think Chris Christie was the one who really gave some comments recently, some insight as a former prosecutor himself. And he said, he said, the concern here is if you swing and you miss.

Mike Papantonio:             But, he goes beyond that. He says the Department of Justice is, is, is so sometimes dysfunctional. I mean, that’s what it is. When, when they’re so dysfunctional that unless there’s a 99.9% of, of, of, of a prosecution being successful, they won’t do it. That’s why you see ’em going after this low hanging fruit all the time.

Mike Papantonio:             That’s why we don’t ever see ’em going after Wall Street white collar criminals who steal billions of dollars from the American public because unless it’s a softball.

Mike Papantonio:             They’re not gonna go after this. And that’s, that’s what Christie says and, and it’s not just Christie. There’s a lot of people talking about the idea of willful blindness. The concept that they’d have to get to is that there was willful blindness on his part. I think there is. I think when you look at it, it doesn’t take much to get there to conclude that. But they have to get there in front of a jury to prove intent and in, without intent, did he have an intention by way of willful blindness to allow this to happen and most of the, most of the pundits are saying no. And I agree with that.

Mike Papantonio:             Yeah. Well, you always see it, don’t you? I mean, and it’s, it’s disturbing because it’s a, it’s part of their culture. And when Chris Christie and these other folks are making this statement, they literally are saying, this is a Department of Justice, unless it’s a softball, they’re not gonna prosecute anybody. HSBC, how about that? You were involved with that whole banking issue as a lawyer. HSBC pleads to washing money for terrorism that ended up in the death of American soldiers. Yes, we did that. Yes, we washed the money. Yes, we made a hundred billion dollars. And yes, we knew it was gonna kill American soldiers. And you know what the Department of Justice did? They fined them.

Mike Papantonio:             That’s all for this week, but all of these segments are gonna be available on the coming week right here on this channel. And you can follow us on Twitter @americaslawyer. I’m Mike Papantonio and this has been America’s Lawyer where every week we tell you the stories that corporate media won’t tell you because their advertisers don’t let ’em do it, or because their political connections don’t allow for it. We’ll see you next week.