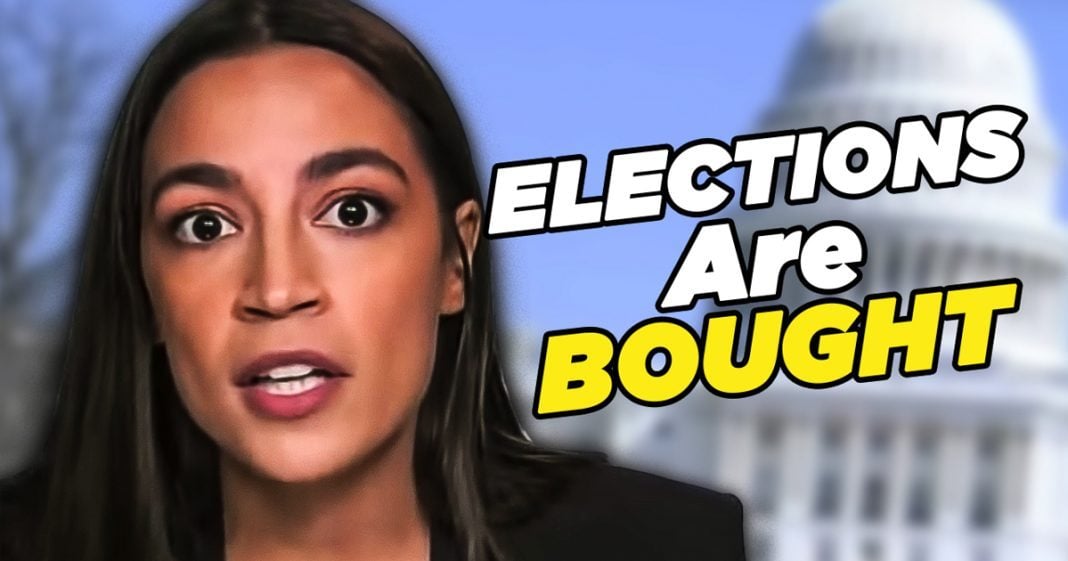 Mike Papantonio:             AOC delivered a scathing rant about American democracy recently and she makes some incredibly important points. As a matter of fact, these are points, I just love, I love this woman’s delivery about what she had to say about what’s really going on with democracy. You know, I watched this video. Maybe we can show part of it here, but I watched this video and you can tell she’s really speaking from her heart. You can tell she’s disgusted. She’s tired of it. She just, she just wants to be heard about what her really, her real view was. Talk about it a little bit.

Farron Cousins:                  And she’s already, like you said, tired of it almost because you deal with it day in and day out. So she talks about these issues, you know, the fact that we don’t really have any kind of representative body in this country, certainly not the presidency. That’s the electoral college. Popular vote doesn’t matter and sure was designed that way, but it’s a bad design.

Farron Cousins:                  House of Representative, she points out this thing is gerrymandered beyond any recognition. There’s plenty of names, by the way, in Congress of people we know we talk about all the time that wouldn’t even be in Congress if it weren’t for gerrymandering, Dan Crenshaw is one of ’em.

Farron Cousins:                  His district it’s shaped like a giant hook that scoops around all these Republican areas. He wouldn’t exist without it.

Mike Papantonio:             This is her quote. It’s becoming increasingly difficult for people to defend the stance that we live in a real democracy. It’s just not true. I mean, that, that is a powerful statement coming from a courageous woman who says, listen, I’m tired of it. And, you know, to me, what I loved is I loved her delivery of this. She called it moral emptiness. That we’re surrounded by congressional decay and that, that is bringing about moral, her, her term was moral emptiness. She says that it’s, that it is, it’s democracy is imploding because of all these things that she talked about in that, in that video. But I think the thing I was most moved by the video is that, is that this is her sincerity. You could tell. It’s like, it’s one of those days, end of the day, you’re going, my God, I’ve been fighting the fight all day. I have to really say what’s in my heart and she delivered it. And I, I gotta tell you, it was, it’s remarkable. Everybody outta see it. Maybe we can play part of it here.

Farron Cousins:                  She, she’s going after the actual institutions, because we see plenty of it from both sides about the other side, you know, complaining about drain the swamp. This wasn’t that. This was the whole system folks is broken.

Farron Cousins:                  And we have to do something before it is too late. This was a huge warning from somebody on the inside and not enough people are listening to.

AOC:                                           And it also cuts to the basic structure of our democracy, if you can call it that, because when you have a presidency that’s not determined by a popular vote. When you have a Senate where million, tens of millions of people more can vote for one candidate, one party, rather one party and still be in the minority. Where even in the House of Representatives, that’s supposed to represent our population that it gets gerrymandered to all hell once in every, once every 10 years in order to ensure an outsize minority rule and voice in both the House, the Senate and the presidency, it is becoming increasingly difficult for people to defend the stance that we live in a democracy. In a true one. And what the real truth of the matter is, is when you look at the fact that our elections are bought, that corporations have and lobbies, powerful corporate lobbies have more say in our legislation than everyday people, we are living in oligarchy that has its democratic moments.