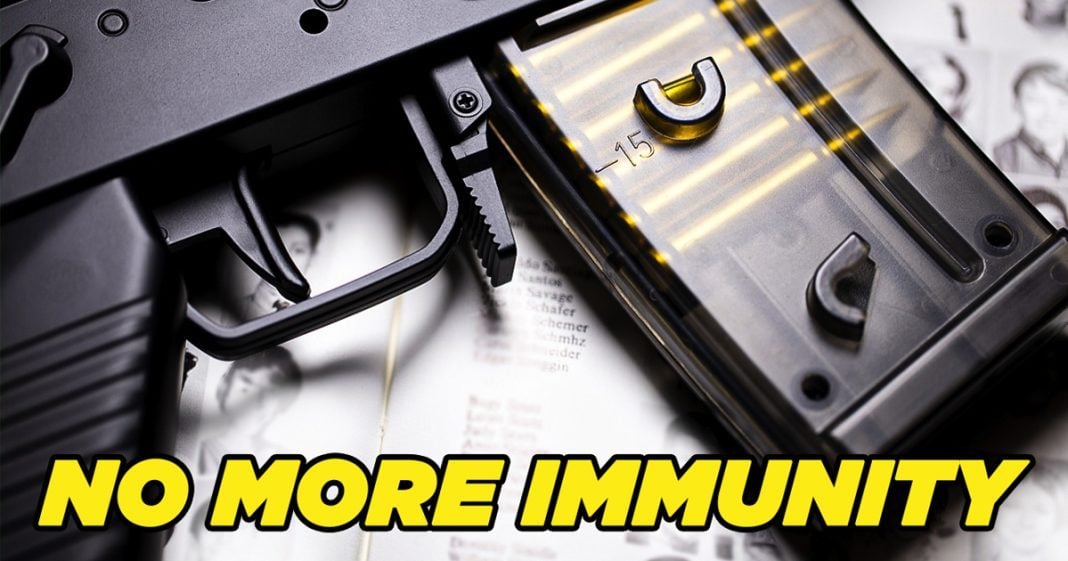 A judge in New York has upheld a law that would allow victims of gun violence to sue gun makers. Mike Papantonio & Farron Cousins discuss more.

Mike Papantonio:             A judge in New York has upheld a law that’s gonna allow victims of gun violence to sue gun makers. Wow. This is overdue. Let me give you the backstory on this a little bit. Friend of mine, Perry Weitz, we’ve been practicing law together a long time. He brought the first cases really up in New York. When his cases started taking off that we are going after the manufacturer for making a Saturday night special killer that’s made just to kill people or were making a, an attack rifle just to kill people, well, he started suing them. Well, then the first thing that, that the industry does is come up with something called PLCAA. PLCAA is P L C A A, and it’s called the protection of lawful commerce act of arms act. So that’s where we are now. That has to change, right?

Farron Cousins:                  Oh, absolutely. And this is a great way to finally, you know, maybe one of the only ways we have to cut down on some of the gun violence that we see here in the United States, by making these manufacturers more accountable for what they’re putting out there. This does nothing to restrict any second amendment rights or anything like that. It just says, if you’re gonna be a company that puts out one of these dangerous things that is literally designed to kill, that is the purpose of a gun.

Farron Cousins:                  Right. So if you’re doing this, just know you could be held liable when these things end up in the wrong hands and, and it’s a great step forward. Of course we’ve got appeals coming up. So this may not stand on appeal.

Mike Papantonio:             I think it can. I think, I think it can pick up enough momentum at the legislative level to where PLCAA, this immunity, I mean, immunity for killing people is what it is. Yeah. You can kill people. You, they are, they actually argued the commerce clause. That if you let us, if you let an attorney sue our, our business, it’s going to interfere with commerce because people can’t buy these guns. It’s an absurd argument. But it was a, it was a Congress that said, yeah, this is a good idea and they came with PLCAA. And, and thousands of people have died because of their inactivity. So I think the push is to change that.

Farron Cousins:                  Exactly. So that’s, and that’s actually one of the tactics they’re kind of using. We used this to go after tobacco, let’s do it over here. The marketing is where they get it because unless it’s a defective gun, it’d be hard to say liability. But if you’re duping these people, if you’re almost brainwashing them into thinking this is how they have to live their lives, then you’ve got a real argument.