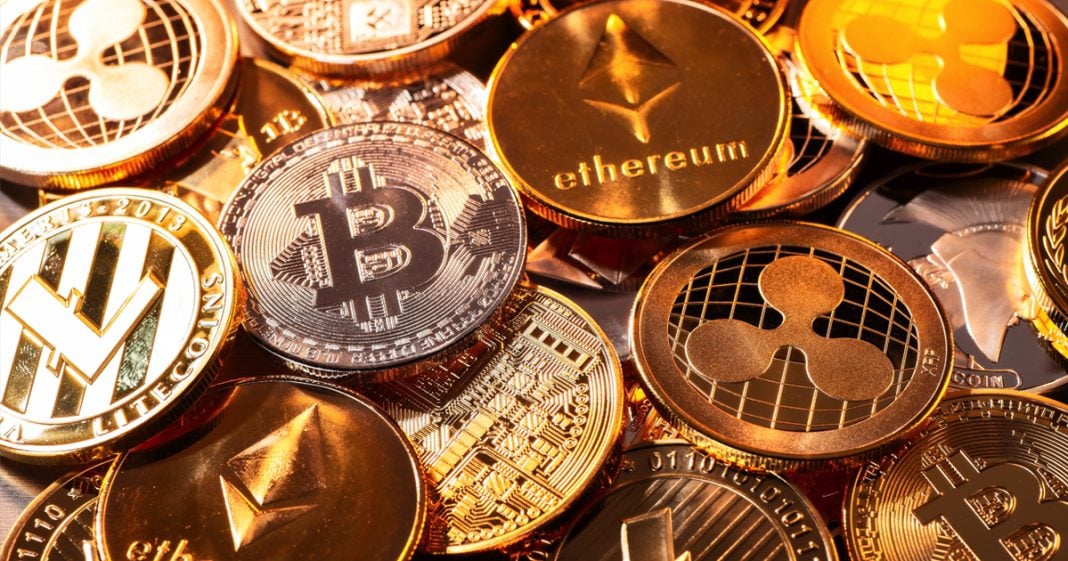 The crypto crash might be making headlines, but crypto theft and fraud should be the focus of regulators. Mike Papantonio is joined by attorney Michael Bixby to talk about this financial Wild West.

Mike Papantonio:             The crypto crash might be making headlines, but crypto theft and crypto fraud should be the focus for regulators right now. It’s an ugly story. Joining me to talk about it, this financial wild west that’s taking place, is attorney Michael Bixby. Michael, I, you know, first of all, the whole crypto scene is kind of hard to follow to begin with. But then when you start saying this fraud is taking place, this scam is taking place, you start wondering, should I be messing with crypto? And I, what are the types of fraud that we’re seeing. What’s happening out there?

Michael Bixby:                    You’re, I think you’re exactly right, wild wild west because it’s something that’s been new for now for a number of years. People have been interested in it and you hear about, oh, all these wonderful, you know, crypto things that are going on and people are making a bunch of money and there’s all these trappings with it. And so you’ve seen a lot of sophisticated scams and Pap that’s the most amazing thing of the types of scams you’re seeing. People where, where money’s being stolen from people, you know, SIM swaps, people are getting, fraudsters are taking control of people’s phones and, and getting into their accounts, getting into their Coinbase account, getting into their crypto account.

Mike Papantonio:             Isn’t it part of, okay, but part of the problem is the whole idea behind this crypto is to have your, is to have the secrecy. But with that secrecy, there’s a trade off, isn’t there? That secrecy is so secret and it’s so hidden and it’s so far down there that you don’t really know what’s going on and you’re, you’re easily hacked in the process.

Michael Bixby:                    That’s, that’s exactly right. You have a, a system, you have things that are on the blockchain and so you can measure this. You can, you can follow it, but things can get moved around Pap and that’s what’s happening is that somebody’s getting access to somebody’s account. Right. And they transfer it over to somewhere else or they convert it to a different cryptocurrency or a stable coin or something like that. And unlike if you’re at a bank, let’s say you’re at a bank, a major bank.

Michael Bixby:                    Exactly. You have FDIC. You also have the idea of reversing transactions. That’s what you’ll see. I mean, if, if there’s somebody who’s, who’s stealing from a bank account, boom, it can be reversed. And one of the big problems.

Michael Bixby:                    It, it, it can’t, or at least the exchanges are not making the effort. So if you look, look at for instance, Coinbase is one of the most major platforms. It’s a publicly traded company that’s worth tens of billions of dollars. I mean, they’re raking in money here.

Michael Bixby:                    But what happens when somebody’s, a regular person and we’re not talking about these aren’t oh, this is a meg, mega national corporation. We’re not talking about Tesla getting scammed and Elon Musk getting scammed. We’re talking about regular folks who either are getting scammed by someone and they’re basically having these platforms, they’re using the platforms as an instrumentality. The criminals are saying we know we can get away with it here. We know we can sneak in under the radar because frankly, here’s one of the big issues, there’s not enough support. I mean, there’s been several exposes on this, for instance, with Coinbase, where they don’t have enough customer support agents. There aren’t enough agents to actually investigate the fraud, investigate the wrongdoing and stop it from happening.

Mike Papantonio:             Well, okay. You, you raised something really important. Okay. It, but in one year they took a look. It was more than 7,000 people that were scammed for in excess of $80 million. So what that tells you something right off the bat, it tells you the investors are small to moderate investors. It tells you that they’re obviously easy pickings if you have 7,000 of ’em that have been scammed. The last big scam I saw was amazing. It, they, it was a fishing. It was a fishing story, right? They, somebody, somebody, an employee in this situation, somebody working for the crypto company had given up the email contact information for everybody that was involved with their organization. So then the fishers send out an email that says you have been hacked, therefore change your, change your site to something that they created and all the money goes there and they steal the money.

Michael Bixby:                    And it, and it looks legit. That’s the thing is that a lot of people think, oh, I wouldn’t fall for this scam. These aren’t your, your grandma’s scams from the 1990s. I mean, the amount of sophistication that I’m seeing, I’m seeing people, you know, create websites that are geared towards you. It might, you Mike Papantonio might be embedded when they’re targeting you with these types of attacks. When they’re getting into these fishing. It’s not basic grade level because oftentimes what you’re dealing with is somebody who might have maybe even a hundred thousand dollars in equivalent value of cryptocurrency to be able to get into that account and to take it out.

Mike Papantonio:             What, what I’m not following is why there aren’t more lawsuits against the folks running this. There, there’s a duty, for example, if there’s no other duty, there certainly is a duty to protect your data system. Okay. When I give money to this organization, I’m assuming they have enough systems to avoid this idiot going in and hacking it, hacking and getting all your money. You, you believe that there’s protection. But there’s not, is there?

Michael Bixby:                    It, I think that’s exactly it, Pap. And so you, if you believe the, the exchanges, like say Coinbase, they say, we protect your account. I mean, that’s what they’re telling. They’re telling people, hey, we take all these extensive security measures and that’s right. They have duties. They have obligations. They have to spot red flags. And, and they can’t just say we have no obligations. So I think we should see, the question of, of lawsuits, I think we should see more. I, I think this is something that’s a developing area. And, and of course the, the crypto exchanges, the people who are operate, operating these platforms, they’re wanting to say, we have no obligation. If you got defrauded by somebody, it’s your fault. It’s not our fault. If, if somebody else got your email information, or if somebody else somehow hacked into your account, it’s not on us. And I disagree.

Mike Papantonio:             Well, that’s, but that’s been raised in, that’s been raised against Facebook, Twitter, all of these folks and the, the lawsuit has succeeded. I mean, you know, they get past that. And I, it’s just a matter of time. But what I’m wondering here is even if you did bring a lawsuit against a lot of these companies that just absolutely are blowing it for the people making this investment, even if you, who do you go after? Do these people, do most of these, are most of these companies backed up by any serious money?

Michael Bixby:                    There, there’s some of the major ones are and I think you’re spot on Pap is that a lot of the, that’s the problem, is there’s so much unknown. There’s people getting involved in it. But like, like take Coinbase. I mean, this is a publicly traded company. This is a company that’s making billions of dollars on a, on a, on an annual basis, billions, upon billions of dollars. So yeah, there, there are sources. There are ways to actually get at this. But it’s difficult. I think it’s an uphill battle and some of that is changing the narrative here, where we’re not just accepting the lowest common denominator from these people.

Mike Papantonio:             Yeah. And you almost, I, I could almost see situations where you could go after people personally, even if they have an LLC put together, even if it’s a corporate. I, I see ways to pierce that corporate protection for people that are putting these crypto companies together. And I think that’s something the lawyers need to be aware of. What, what, okay. So look, it, it has potential, but it’s never going to, it’s never gonna grow to its potential unless you fix the problem. How do you fix this problem?

Michael Bixby:                    And that’s, I, I think it needs to be more clear oversight and that’s where crypto has largely evaded say the SEC, because they say, oh, it’s not securities. And it’s evaded some of the bank stuff that the banks are required because, oh, they’re not banks. They’re a money transfer business.

Michael Bixby:                    And so I think this requires more swift action, frankly, nationally on what the obligations are. And I think they need to be high obligations because people do trust them. People are relying on them and their credibility. So I think we need a, a better scheme that’s not just letting them fly under the radar, which is what’s happened for far too long.

Mike Papantonio:             Well, government’s tried to do that, but, but then you have the fed that, you know, hates this kind of thing. And, and so, so the question is people are even looking at the government’s attempt to maybe get control of this and I don’t blame ’em. I mean, anytime you have the SEC involved, it’s like thugs looking after thugs. You know, I, who has faith in the SEC., But anyway, Michael, thank you for joining us. And I, I think it’s just, it’s just buyer beware. It’s caveat emptor at this point, isn’t it?

Mike Papantonio:             And I don’t know that you can do due diligence to really protect yourself. Do you?

Michael Bixby:                    And people want to be able to trust, and that’s where the, that’s where the problem comes in, Pap. But I think it’s gonna be interesting. We’re gonna keep a close eye on this. Monitor how this develops and keep looking for ways, you know, we can try to best help the people who’ve gotten these situations.

Mike Papantonio:             That’s all for this week, but all of these segments are gonna be available this coming week right here on YouTube channel. And you can follow us on Twitter @americaslawyer. I’m Mike Papantonio and this has been America’s Lawyer where we tell you stories every week that corporate media won’t talk about because their advertisers won’t let ’em or their political connections don’t allow for it. We’ll see you next time.