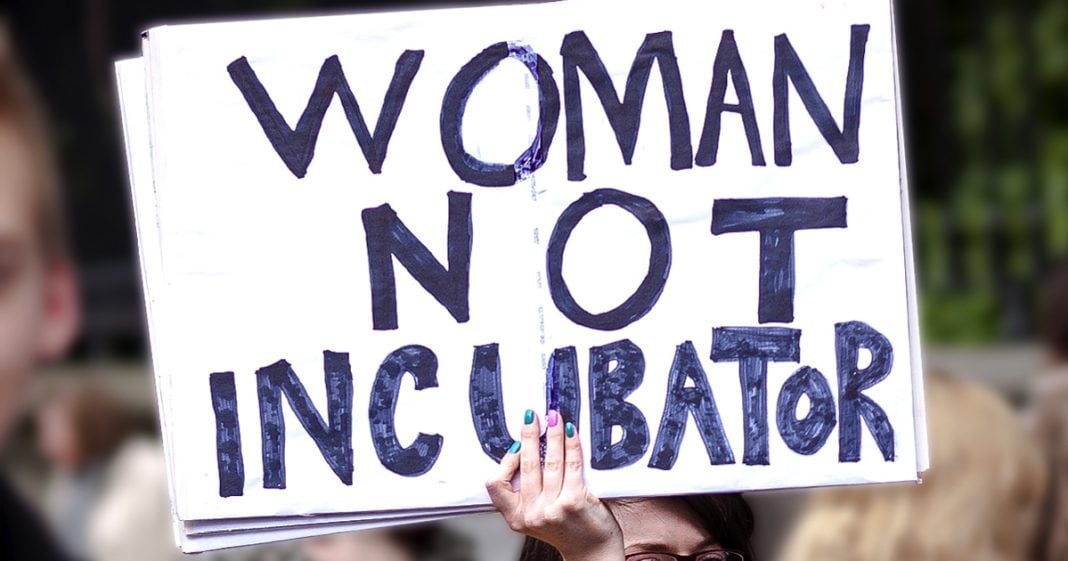 If Roe gets overturned, Democrats are hoping it will give them an edge in November – but polls are saying it just won’t happen. Mike Papantonio & Farron Cousins discuss more.

Mike Papantonio:             If Roe gets overruled Democrats are hoping it’s gonna give them an edge in November, but polls are saying it just won’t happen. You know, you know in this, when the ruling was leaked, I thought, thank goodness. This is something that maybe the Democrats can grab a hold of. They can energize their base. You know, because they have to, they, they they’ve gotta energize their base. And when I saw Roe V Wade, I thought, okay, good. This is, this is the chance for them to do something with it. What’s your take on it?

Farron Cousins:                  I, I had thought from the beginning, you know, just because you and I have been doing this for so long, we have seen outrage after outrage in 20 years of doing this. We have seen so many things going all the way back to the Bush administration where we would sit and have conversations saying, there’s no way Republicans can walk away from this. They’re done.

Mike Papantonio:             Why, why is it, why can’t look, first of all, the analysis that you and I have talked about, I think, I think this is your theory and I’m, if I can use it, get, tell me if I get wrong. But your theory is when you start slicing the pie that there simply is not enough gravitas in that pie to balance out the people who are indifferent. I mean, is, is that kinda your take on it?

Farron Cousins:                  Well, typically what happens whenever there is an outrage like this and this is something to be outraged about. Don’t get me wrong. This is terrifying. But people will start to rationalize it in the same way that George W. Bush, his approval rating, which you know, was 50% his whole administration is now up into the seventies. People forget, people forgive, people move on to the next thing. And even though this is gonna impact people’s lives, believe it or not, we’ve seen it time and time again, they will move on. The outrage will lessen. You can’t just stay angry forever.

Farron Cousins:                  And unfortunately, if the Democrats are counting on that anger carrying them all the way through November, they’re already not paying attention. You know, Democrats were lagging in enthusiasm for the midterms below 50%.

Farron Cousins:                  And so this, this ruling comes out or at least was leaked and the enthusiasm only jumped up by about four points. And we’re still about nine points behind the Republican enthusiasm gap. So this moved the needle, sure. But is it going to affect the races in any way? Maybe one or two. I’m not kidding. We may save about two seats is my estimate from this ruling. It is not gonna reverse the trends that we’re already seeing.

Mike Papantonio:             Yeah. I, but I would take your prognosis over anybody out there calling shots because I know what your prognosis has been year after year on, on issues like this. And I think you’re right. Look, isn’t it Carville word, it’s the economy stupid.

Mike Papantonio:             I mean, James Carville said that’s how we’re going to elect Bill Clinton. It’s the economy stupid. And every time you, you, you get away from that, you allow the Republicans to come in and talk about inflation, about gas prices, about supply chain problems, about Ukraine and how that’s expanding, about potential recession that’s already on top of us, about this border problem, about the wokeness problem. Those are all, everything I just gave.

Mike Papantonio:             Are the Republican talking points. And we see ’em every single day because we have to read the right material along with the left material and we have to somehow, somehow move it to the middle. But these talking points are so easy to, to, to get after. And I think if I, if I’m hearing you right, you’re saying that, that there’s just not enough, there’s not enough oomph in the whole Roe V Wade issue to move that many votes.

Farron Cousins:                  Right. And, and the reason for that, and, and again, this is unfortunately a wake up call for, for people on the left is this doesn’t drive voters because we’ve seen it, obviously if, if it drove voters, Trump never would’ve won. You know, Biden would’ve won by even bigger margins because those were the issues or Democrats were saying, look, we gotta protect the Supreme Court. In 2016 there was an open Supreme Court seat.

Mike Papantonio:             It’s, it’s that we can’t get, we can’t get supplies. We can’t get, you know, our gas is now $5 a gallon, whatever it is, whatever it’ll be by then. It’s real money issues. Look, this is, I thought this was important. 72% of independents and 71% of, of, of swing state voters believed that the abortion issue, the rewrite of the abortion issue that was taking place in, in Congress where they tried to, to make it a statute to legislate it, they said it went too far. Okay. Now I, I gotta tell you something that, that tells you a lot right there. I’m hoping that somebody will get behind this and figure out how to sell it a little bit better than it’s been sold.

Mike Papantonio:             It doesn’t sell with people screaming at each other on the streets and.