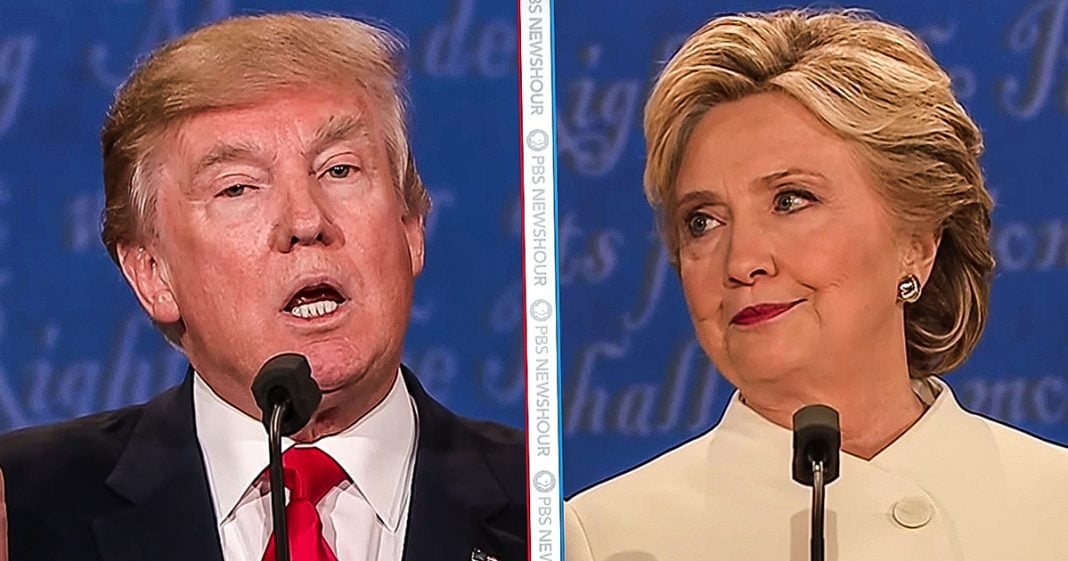 Mike Papantonio:             Hillary Clinton’s former campaign manager Robby Mook says that Clinton personally approved sending false information to reporters about Trump being linked to a Russian bank. The question is, did she hustle the FBI too? Ring of Fire’s Farron Cousins joins me to talk about this and other issues. You know, Farron, as I look at this story, you and I have been talking about this from the very beginning. We did a story and I think I’ve been more vocal on this than you have, but you have really done some good research on it. But my position was when all of this false Russian narrative started, we saw MSNBC breathlessly every night, Russia, Russia, Russia did this to Hillary Clinton. We saw CNN every night, Russia, Russia, Russia. And I said back then, what this is doing is creating a, a, an environment for a new cold war. She knew that that was gonna happen. I promise you, she understood that in order to save face. How do you, how do you lose to a bumpkin like Donald Trump? I mean, how do you lose to that awful, awful character, Donald Trump? She did it. And then she says, well, it was the Russians, the Podesta brothers and Bobby Mook. It was the Russians. Pick it up from, this, this story infuriates me.

Farron Cousins:                  Well, and, and this is a story that has a lot of tentacles to it. But just so everybody understands what has now been made public in this ongoing trial of Sussmann, one of the lawyers for the campaign, is that Robby Mook gets up there and he says, yeah, we had this information. We knew it was tenuous. We knew we couldn’t firmly establish a link between Trump and this Russian bank, Alfa bank or, or Alfie, whatever it was. So we presented it to Hillary and Hillary, I said, I want to go and give this to reporters and she signed off on it. So they gave it to the reporters at Slate and they said, we were hoping they would be able to vet it and give their best analysis of it and maybe establish a link, which of course didn’t exist, but they asserted it anyway. And that just set, like you said, this chain of events in motion that is affecting US foreign policy today.

Mike Papantonio:             Right now. We, this may end up in a world war and she and Bobby Mook and the Podesta brothers, this all began when they were so incompetent to lose to this loser, Donald Trump, who everybody for good reason hates. He’s a hateable guy. How do you lose to him? So she has to save face and she puts all this butterfly effect into motion. Before you know it, we’ve got people like Rachel Maddow breathlessly reporting this, this narrative, even though it wasn’t true. She knew it wasn’t true. Now, Sussmann is saying it wasn’t true. We know what happened here and nevertheless, the New York Times when they did a story on that, on, on when Sussmann took the stand and said, hey, Hillary Clinton put this, agreed to put this in, into, into play. New York Times didn’t even report that. CNN, interestingly enough, this is really an irony. CNN did a story on it where, where they attack Hillary Clinton. I mean, it’s full attack, CNN. These are the people who every night were breathlessly like crazy people telling this story. And why? It’s good for CNN. Now, we’re, we’re potentially in a world war, this close to a world war and we said it a year ago, two years ago, when, when all this started taking place.

Farron Cousins:                  Right. Look, the, the Mueller investigation ended and I know a lot of people thought, oh, this is gonna take him down. They were not able to establish the links between anyone in the Trump campaign, or anyone in the Trump family I should say and, and Russia, okay. It simply didn’t happen. We, we vetted it. We’ve looked into it. It, it wasn’t real, you know, regardless of what people wanted to think, the investigation concluded and that’s what happened. But as you said, you know, this, this butterfly effect what we’re dealing with today. Think back to when Russia invaded Georgia, I believe 2014 ish.

Farron Cousins:                  Which is something we have not been able to do with Russia as they continue their attack on Ukraine, because we’ve spent the last five years telling the world that this is the worst country on the planet. They’re evil and we have to destroy them.

Mike Papantonio:             And they poor, oh, poor Hillary Clinton. They cost her the. They didn’t cost her the election. She cost herself the election. And right now, if you follow the news, I mean from very good commentators that understand what geopolitics looks like. They’re all saying, we’re this close to a war in Europe because of this woman. I mean, that if you back up on it, that’s what’s happening here.

Farron Cousins:                  We, we lost all our standing to negotiate in any way with Russia to talk with them like reasonable, responsible adults. And it did all start, I mean, let’s be very honest, it started with this big lie.

Farron Cousins:                  Because just two years before this lie rolled out, we were able to sit down at the table with them and strong arm them a little bit. Sure, Obama did. But because we still had some kind of relationship there, we were able to put the breaks on Russia doing so much worse. Like we’re unable to right now.

Mike Papantonio:             Okay. Let me ask you something. How is it in this three year, three year study, Mueller investigation. How is it that he didn’t identify this Sussmann issue back then? You follow me?

Mike Papantonio:             Doesn’t that cause a little bit of concern? Mueller everybody’s saying this is a put up deal. He’s gonna come home with every. Why would he not have identified this very thing that now Durham’s has, has uncovered. Sussmann has, you know, Sussmann is in the target zone. You’ve got Mook admitting, yeah, the wicked witch started all of this. I mean, that’s, that’s kind of how this thing plays out, isn’t it?

Mike Papantonio:             This, this bizarre love affair that, that Democrats have for the Clintons is totally beyond me. You can tell ’em a story like this, they’re gonna come to her defense. Oh, she, you know, how dare you attack Hillary Clinton. I’m attacking her because she’s put us inches away from a cold war that might just escalate into a war in Europe, real war, missiles being fired to Poland, other places all around Europe involving the United States. And so if you can’t get mad at that, buddy, you’re just way too tribal.