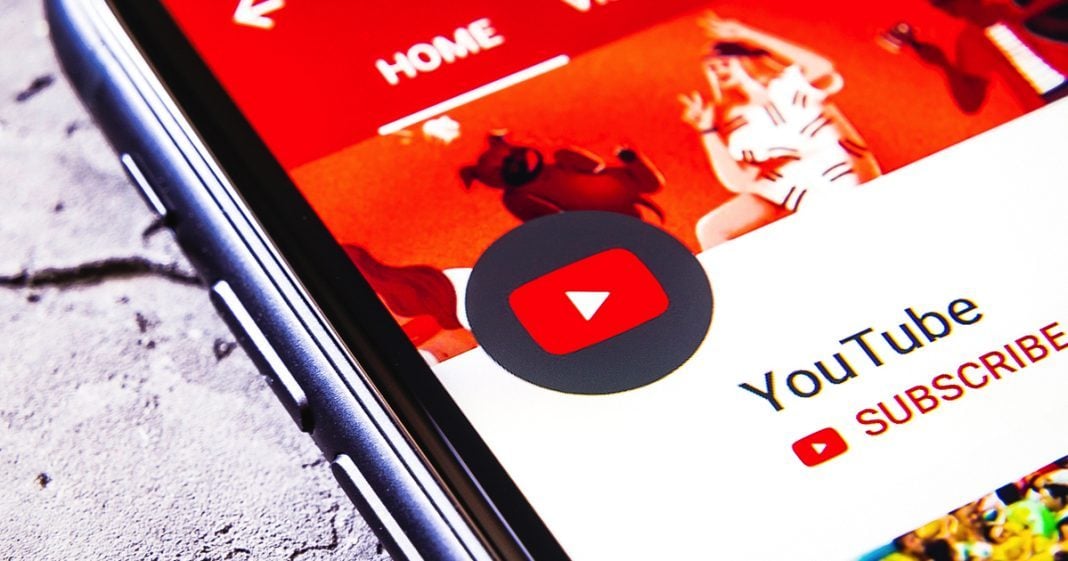 Independent media outlets are getting destroyed by YouTube, and a pending piece of legislation could explain why. Mike Papantonio & Farron Cousins discuss more.

Mike Papantonio:             Independent media outlets are getting destroyed by YouTube and a pending piece of legislation could be why that’s happening. You and I did this story a while back and it, it, the, the reason it’s such an important story is where you have this corporate media cartel run by three owners, the big three that own all of corporate media. And the, what they’re trying to do is put independent news, programs just like this out of business. And they’re, they’re doing a pretty darn good job of it right now by spreading around billions of dollars to Google and YouTube and saying, hey, we want to pay our way in and we want you to minimize the impact of independent media.

Farron Cousins:                  Right. This is a very weird piece of legislation because it’s being sold to the public under a completely false pretense.

Farron Cousins:                  It’s the journalism competition and preservation act, JCPA. And what the JCPA says it wants to do is we just wanna level the playing field. We wanna make sure if, if Facebook or Google, if they’re sharing the story from your outlet that you get compensated accordingly.

Farron Cousins:                  And so who’s gonna determine what appropriate compensation is. Oh, well, let’s put together a panel of these big multimedia companies. You know, you got your New York Times, your Fox news, your NBCs, they’re gonna be the ones who create what they’re describing as the media cartel that gets to set these rates and of course, directly negotiate with these big tech giants. And we know how that will end if this becomes law.

Mike Papantonio:             Well, okay, look, I’m, I’m gonna date myself. Air America, you were working with me all the way back to the Air America days. You were a producer for Air America. It was Al Franken, Janeane Garofalo, Bobby Kennedy, Chuck D, just this really, Cenk Uygur, just incredible lineup of, of people that were trying to introduce progressive radio into the vast market. All right. When we saw, saw this happening back then, the people who got nervous was corporate media, because we weren’t telling the corporate media stories. We weren’t worried about advertisers that are telling us, no, you can’t, you can’t do this story about this product that’s killing people. We, we didn’t worry about it. And so corporate media has been dumbed down to where not only do they not tell those stories, but now the American public is seeing that they’re not getting really good news from places like CNN or MSNBC or Fox, because it’s so jaded and it’s so, it’s so arranged. So there’s cable cutting taking place all over the, all over the country right now.

Farron Cousins:                  Yeah. And those networks do, you know, to a degree, they walk on eggshells. We can’t say anything hyper offensive or else we’re gonna turn off the advertisers. And more importantly, we’ve gotta make sure it’s YouTube ready. That’s the point of these segments. Short, quick, make it to where YouTube cannot object to any of it, make it broad enough to where it’s gonna show up in your suggested feed, no matter what you’re watching. And that really is what is killing the independent media here.

Farron Cousins:                  And it is all connected too, with this JCPA, because these outlets understand these corporate media groups are now going to be the ones who are gonna be negotiating. We gotta keep ’em happy so they don’t demand a high price.

Mike Papantonio:             If you go, if I go to one of your segments on Ring of Fire, whatever you’re talking about, you would think, okay, Farron is talking about this story. Right. So, so behind there, if you look at the lineup that comes behind you, it’s gonna be MSNBC, MSNBC, MSNBC, CNN, CNN, CNN, Fox, Fox Fox. Why is that? They’re not talking about this topic, but they’re buying their way into, as soon as your video goes off, they are, they’re put up there. Whether somebody wants to, to follow their stupid story or not, it’s automatic pilot. That’s what Google and that’s what YouTube is doing right now.

Farron Cousins:                  Right. And, and, you know, I’ve talked to all sorts of people that do this on YouTube every single day as well. They’ve all seen their traffic decrease. And a lot of it is because you’re not showing up in those recommended videos anymore. We have had plenty of people email us over the last years.

Farron Cousins:                  So it is this algorithmic shift that takes place every so often with YouTube. But every time it shifts, it’s more and more corporate.

Mike Papantonio:             It used to, it used to be like that. But now corporate media is in charge. Keep, keep cutting your cable. That’s the best advice I can give you because CNN obviously couldn’t do this. They, they stream for what? 48 hours or something like that, then they were gone. All right. Farron, thank you for joining me. Okay.

Mike Papantonio:             That’s all for this week, but all of these segments are gonna be available this coming week right here on YouTube channel. And you can follow us on Twitter at America’s Lawyer. I’m Mike Papantonio and this has been America’s Lawyer where we tell you the stories that corporate media simply won’t tell you because their advertisers won’t let ’em or their political connections don’t allow for it. We’ll see you next time.